In the words of Ivanna Levchenko: “I am proud that students and professors at my University can discuss any tough topics and spread the idea of gender equality”

Ivanna Levchenko is a second-year student at the Kyiv National University of Economics. Created by UN Women, the HeForShe solidarity movement in Ukraine launched the HeForShe University Tour to understand the priorities of students and the youth. The tour aims to listen and learn from students about the issues and opportunities they see when it comes to achieving gender equality. As part of the tour, Ukrainian students share their views on stereotypes and the path to gender equality. 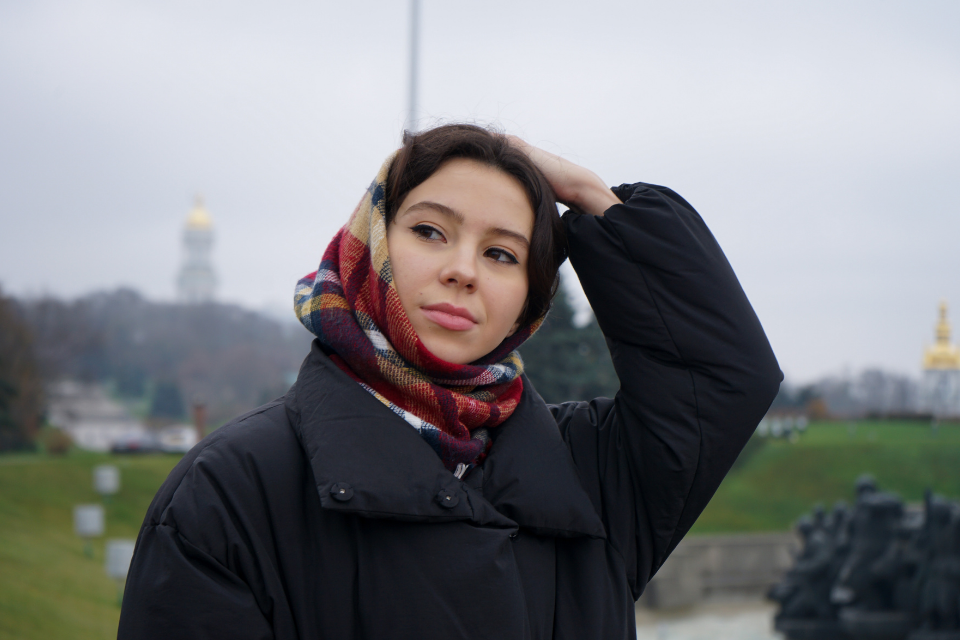 Ivanna Levchenko is a second-year student at the Kyiv National University of Economics. Photo: UN Women/HeForShe

In the city where I was raised, a woman does not have decision-making power in the family nor possibilities for self-expression. Luckily, I did not see first-hand the violence or bullying, but I always understood perfectly well that life will be much harder for me, because I am a girl.

In my graduation year, I launched a project aimed at helping single mothers and women who survived different types of violence, including sexual violence. I also participated in student social theatre to highlight the issues of domestic violence and gender inequality. With other volunteers, we visited women in small communities in Kyiv Oblast to deliver clothes, toys and sweets for their kids and to support them emotionally. At the same time, we launched lectures and short training sessions on sex education and the prevention of sexual violence. Inspiration and support of women was the main goal of this work.

Inequality has various forms. Economic, gender, racial, social inequality, all lead to discrimination. Sexual violence and the unequal distribution of unpaid housework, including childcare, discrimination at work, remain major obstacles for women. In my opinion, ending all forms of discrimination against women and girls is not only a realization of basic human rights, it is also crucial for the sustainable development of all societies.

I am proud that students and professors at my University can discuss any tough topics and spread the idea of gender equality as one of the Sustainable Development Goals. There is also the GENIUS (Gender Initiative for University and Society) project team who work at the University. GENIUS implements European practices of gender policy and works for deep structural change in the Kyiv National University of Economics. They disseminate information about gender equality among students and professors.”