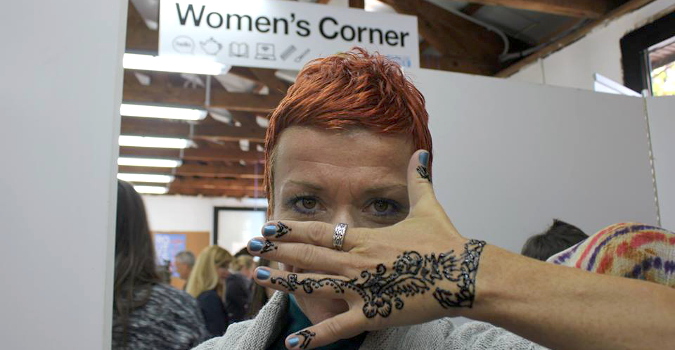 Since the Syrian refugee and migration crisis began in 2015, UN Women has supported the Government of Serbia to secure the safety and dignity of women and girl refugees and migrants. It has also helped to develop a gender-sensitive asylum system that meets international humanitarian standards.

Women and girl refugees and migrants face increased risks of gender-based violence during protracted stays. To build long-term resilience, UN Women supports national institutions and NGOs to ensure that women’s specific needs are met, and gender is integrated into Serbia’s planning and response to refugees and migrants.

In 2017, UN Women opened the Women’s Corner in the Adra refugee centre. This safe place allows women refugees and migrants to rest, take their mind off their long journeys and uncertain futures, meet Serbian women, and enjoy music, discussions, and art workshops.

Working with a mobile team from the NGO Atina, UN Women provided prompt 24/7 support and self-help workshops to women refugees and migrants in Belgrade, Sid, Subotica, Presevo and Bogovadja.

Supported by the joint UN Women-Oxfam project Migrants and Refugees crisis in the Western Balkan countries, the Belgrade Center for Human Rights in 2016 wrote an Asylum Act Gender Analysis that included a list of amendments to Serbia’s draft Asylum Law.

In the words of Nataliia Novitska: “When a woman living with HIV is displaced by war, she needs to maintain access to antiretroviral therapy”
Central Asian countries come together to combat gender-based violence
In the words of Anna Zavertaylo: “I had to come to terms with the idea that I could lose everything…”
3rd Food Systems Talk: “Rural women and girls in sustainable, resilient and inclusive food systems”
First gender bonds issued in Kyrgyzstan
END_OF_DOCUMENT_TOKEN_TO_BE_REPLACED