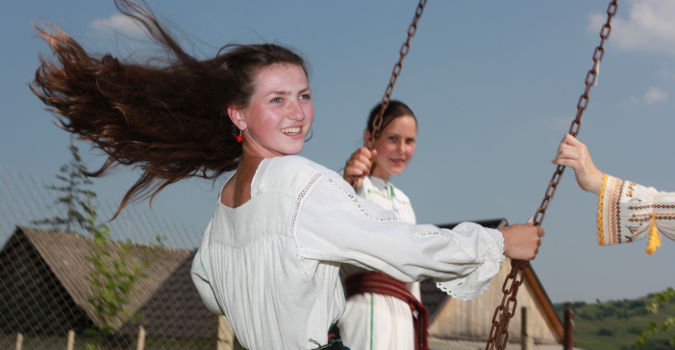 Moldova has made international and national commitments to promote gender equality and the empowerment of women.  Although it has ratified the Convention on the Elimination of All Forms of Discrimination against Women (CEDAW) and various ILO Conventions, implementation lags and women still face discrimination and inequality in social, economic and political life.

Commissioned by the UN in Moldova in 2011, the study Violence against Women in the Family  conducted by the National Bureau of Statistics, found that 63 per cent of women experienced psychological, physical or sexual violence from their husband or partner and one in 10 experienced economic abuse at least once. Rural, elderly and separated or divorced women had the highest rates of multiple types of violence.

The 2013 CEDAW Committee review of Moldova expressed concern about the high prevalence of violence against women and girls, including domestic violence and rape, and the lack of protection for elderly and Romani women, and women with disabilities. According to the Women’s Law Centre of Moldova, one in five police officers doesn’t know how to address cases of violence against women. Rape prosecutions do not comply with international standards.

More specifically, CEDAW concluding observations from 2013 recommends Moldova to ensure that all women and girls, including in particular older women, Roma women and girls, women and girls with disabilities, are protected from violence and have access to immediate means of redress; launch ex-officio investigations in all such crimes and ensure that perpetrators are prosecuted and punished commensurate to the gravity of the crime; enable the issuance of police emergency protection orders; remove any impediments faced by women in gaining access to justice and ensure that legal aid is made available to all victims of violence; encourage women to report incidents of domestic and sexual violence by raising awareness about the criminal nature of such acts; increase the number and funding of shelters and guarantee national coverage extending to women from rural areas and the Transnistria region; ensure that all investigations of acts of sexual violence, including those committed against Moldovan migrant women, are carried out in line with international standards of investigation, including by amending the existing guidelines on investigation of rape and other sexual assaults; enhance the system of data collection to ensure that data are disaggregated by type of violence and by the relationship of the perpetrator to the victim, support research in this field and ensure that the information and collected data are made available to the public; and, ratify the Council of Europe Convention on preventing and combating violence against women and domestic violence (Istanbul Convention).

As a response, the government has undertaken initial policy, legislation and implementation steps. Law No45-XVI on Preventing and Combating Domestic Violence is an important legislative base to combat violence against women in Moldova.

The National Program on Gender Equality for 2010 to 2015 and its Action Plans recognized that violence against women and girls is a nation-wide, deeply rooted social problem in Moldova. Budget initiatives include funding for selected centres and shelters. Still, much more remains to be done.

Although a national referral system for survivors of trafficking provides services to violence survivors, it is not adjusted to address the specific needs of women and girl survivors of violence.

The implementation of laws and policies lags, often due to a lack of state funding. Many areas need more financial support, including capacity development of service providers and greater coverage by shelters and centres that provide support services to survivors of domestic violence.

UN Women in Moldova has made violence against women and girls a priority. We focus on the following areas:

Jointly with our partners, we advanced the development of the first shelter for women victims of violence in the Transnistria region. We continue to develop programs to ensure that national and local budgets meet the needs of women and girl survivors of violence.

Speech: Pushing boundaries, together with our partners
Call for Proposals: Support to improved performance and increased capacity among shelters for victims of gender-based violence
In the words of Elena Biceva: “By taking care of ourselves, we can help even more”
In the words of Larysa Denysenko, a Ukrainian legal expert: “Sexual violence is a tactic of intimidation, torture and humiliation”
From Where I Stand: “We need women’s voices for a sustainable marine life and fisheries sector.”
END_OF_DOCUMENT_TOKEN_TO_BE_REPLACED