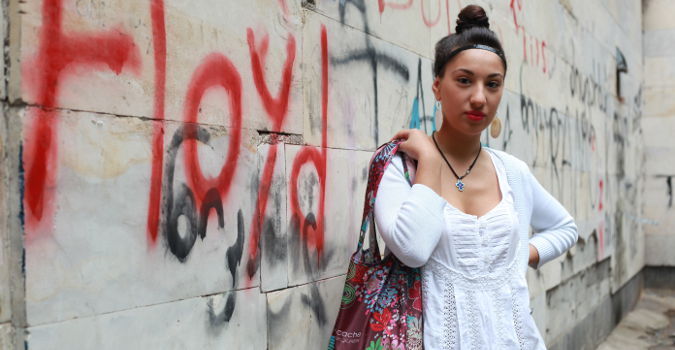 A South Caucasus region country located between Western Asia and Eastern Europe, Georgia is a semi-presidential representative democracy of about 4 million people. After independence from the former Soviet Union in 1991, Georgia went through internal conflicts in 1992 and 1993, a peaceful Rose Revolution in 2003, followed by a five-day war with Russia in 2008. As a result of the conflicts, 250,000 Georgian citizens have been internally displaced and Georgia lost its jurisdiction over its two breakaway regions of Abkhazia and South Ossetia.

Georgia has made significant progress in adopting antidiscrimination legislation and numerous policies in support of the protection and promotion of human rights. Yet, gender stereotypes remain deeply rooted, leading to many challenges inhibiting the achievement of gender equality and the empowerment of women and girls.

Gender perceptions in Georgia place men in a dominant position in many areas of social, economic and political life. Data confirms persistent inequalities between women and men. There is a significant gender gap in labour force participation with the gender wage gap reaching 35 per cent. Women’s entrepreneurship is limited. Female-headed households, marginalized social groups among the internally displaced and conflict affected populations, and women from other excluded groups often experience poverty or at a high risk. Women’s political participation is low with women only constituting 11 per cent of parliamentarians in the national and local governments. Violence against women and girls in Georgia is also a recognized public concern.

Active in Georgia since 2001, and in line with Georgia’s national and international commitments, UN Women’s interventions focus on:

UN Women in Georgia, in partnership with Norway and the European Commission, supports cooperation between communities and local governments to address women’s priorities and needs, as well as supporting internally displaced, conflict-affected and ethnic minority women’s mobilization into self-help groups so that they can actively participate in local planning, budgeting and decision making.

UN Women provides technical assistance to the government of Georgia to improve policies and legislation and build individual and institutional capacities in response to violence against women and girls and to strengthen the women, peace and security agenda. In close partnership with the Swedish International Development Agency, UN Women has helped the government of Georgia establish the country’s first women’s shelters, and launch a domestic violence helpline for survivors of domestic violence. With the support of high profile men from sports, arts and media, UN Women promotes respect for women’s rights and gender equality and raises awareness about violence against women and girls and domestic violence. UN Women provides technical support to the government in mainstreaming gender into the Security Sector Reform and supports the policymaking process around the landmark UN Security Council Resolution 1325 and subsequent resolutions.

UN Women in Georgia is part of the UN Resident Coordinator system, leading and coordinating the work of the UN Country Team on gender equality and the empowerment of women, and chairs a multi-stakeholder Gender Theme Group.

You can learn more about UN Women in Georgia on our country website.

Regional Forum advocates for establishment of Femicide monitoring mechanisms in the Western Balkans
In the words of Nataliia Novitska: “When a woman living with HIV is displaced by war, she needs to maintain access to antiretroviral therapy”
Central Asian countries come together to combat gender-based violence
In the words of Anna Zavertaylo: “I had to come to terms with the idea that I could lose everything…”
3rd Food Systems Talk: “Rural women and girls in sustainable, resilient and inclusive food systems”
END_OF_DOCUMENT_TOKEN_TO_BE_REPLACED

Study on the Needs and Priorities of Ethnic Minority Women in the Kvemo Kartli RegionThis study provides an overview of the challenges and barriers preventing ethnic minority women from participating in public life and in decision-making processes. It was conducted in 2013 in the Kvemo Kartli Region, in cooperation with the Institute for Social Studies and Analysis (ISSA). More

Overcoming a life of loss, a dynamic Georgian woman now runs a daycare, computer centre, mill and vocational programmes for youth from her home, while also serving on local government. Read more » 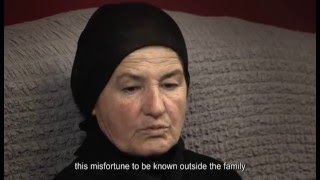 SPEAK OUT!
Speak Out!" is a documentary telling the story of violence against women and domestic violence in Georgia, reflecting the true accounts of suffering by many women. It was produced with the support of UN Women as part of the UN Joint Programme to Enhance Gender Equality in Georgia (funded by the Government of Sweden), in cooperation with the Georgian National Film Center (GNFC).
Visit our Youtube channel