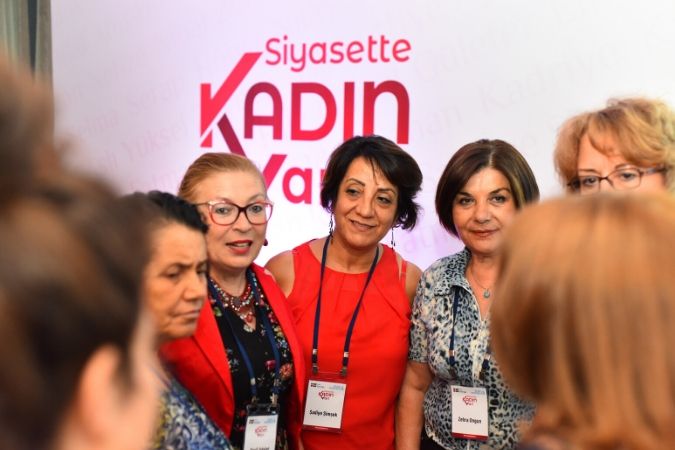 Women’s political participation and representation in national and local elected bodies in Türkiye remains below the global average. Women face serious challenges in accessing leadership roles and participating in politics at all levels, despite all political parties using quotas and other voluntary special measures to increase women’s representation.

According to the World Economic Forum’s Global Gender Gap Report 2022, Türkiye ranks 112th in political empowerment for women and 140th in economic participation and opportunity.

As of 2022, one of 17 government ministers is a woman, and only 17.38 per cent of parliamentarians in the Turkish Grand National Assembly (TGNA) are women, well below the global average of 25.5 per cent. Women are also significantly under-represented in local politics. As of 2019, only 3 per cent of mayors, 11 per cent of municipal councillors and just over 2 per cent of muhktars (village heads) are women.

In Türkiye’s private sector, women make up only 22 per cent of management positions, 18 per cent of board members and 11 per cent of senior executive positions.

Since it began operations in Türkiye in 2012, UN Women has worked to increase women’s leadership in decision-making positions and enhance their political engagement, particularly at local level. UN Women Türkiye supports the government to meet Türkiye’s commitment to women’s empowerment and gender equality. It promotes gender-responsive legislation, plans and budgets, and works to strengthen the networks, capacities of and dialogue between women leaders in elected office, the private and public sectors, and in civil society.

In May 2021, UN Women began a three-year project The Advancing Gender Equality and Women’s Leadership in Political and Business Life, financed by the Government of Sweden, through the Swedish International Development Cooperation Agency (SIDA). Building on UN Women’s previous programmes and strong partnerships, the project provides support for;

In 2014-2020, UN Women in partnership with the Inter-Parliamentary Union (IPU) implemented the Gender Equality in Political Leadership and Participation in Türkiye project, funded by the Swedish International Development Cooperation Agency (SIDA). The project’s main national partner was the Turkish Grand National Assembly’s (TGNA) Committee on Equality of Opportunity for Women and Men.

Key achievements and activities include:

For more information on UN Women’s work in leadership and political participation in Türkiye: Advancing Gender Equality and Women's Leadership in Political and Business Life Project.

First femicide interactive map for Albania, Montenegro and Serbia launched
Turkish public officials trained on gender responsive budgeting
In the words of Olha Svitlichna: “I want to make a personal contribution to live in a world free from gender stereotypes and violence”
Meet the women entrepreneurs: Esra Üzel Yüncüler
Stronger together: The empowerment story of ‘Frigg*’ women through small-grant support
END_OF_DOCUMENT_TOKEN_TO_BE_REPLACED