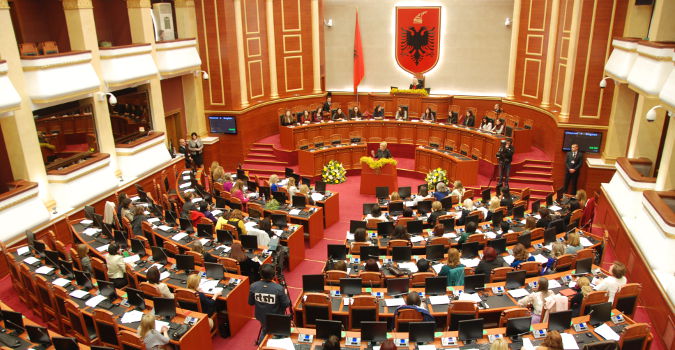 Albanian women’s participation and representation in political and economic decision-making remains limited and below international benchmarks. Although the Gender Equality Law (GEL) and Electoral Code target a minimum of 30 per cent of elected and nominated positions to women, women made up only 18 per cent of Albania’s Parliament at the end of 2013. Recent laws failed to strengthen non-compliance sanctions against political parties.

In Albania, UN Women works with the government and civil society to:

UN Women is guided by international commitments made to women by the government: The Convention on the Elimination of All Forms of Discrimination against Women (CEDAW) upholds women’s right to participate in public life, while the Beijing+20 Platform for Action calls for removing barriers to equal participation. In addition, the Government has obligations that derive from Albania’s drive for accession to the European Union.

UN Women in Albania also collaborates with the UN country team and works with civil society on initiatives to support greater political participation by women throughout society.

UN Women in Action in Albania

UN Women’s Leadership and Political Participation programme in Albania supports electoral processes that uphold women’s rights and initiatives that strengthen the role of public electoral oversight bodies. It works with political parties to improve their candidate recruitment and selection rules and partners with civil society and media to fight gender stereotypes and advocate for women’s fair access to political decision-making.

To strengthen electoral oversight bodies, the Leadership and Political Participation programme supports the establishment of: