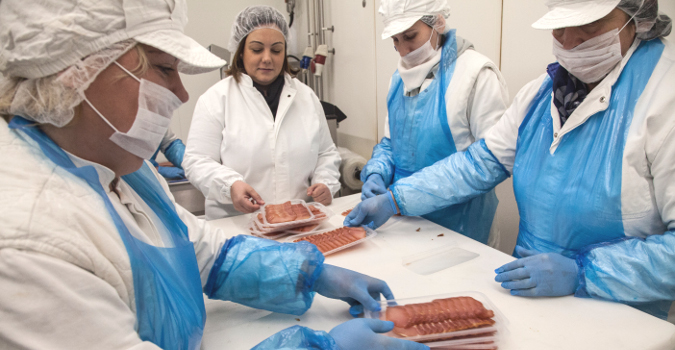 The magnitude of the gender gap in labor participation is evident from much higher inactivity rate of women (42% vs. 58% for working age population)[1]. Many other indicators reveal the disadvantaged position of women in the labor market, such as the concentration of women in low productivity sectors and in the care economy. Discrimination is also evident in the realm of recruitment, promotion, pay and benefits, the availability of training opportunities and in relation to maternity and parental leave. Additional effort is needed to encourage women to participate in occupational areas where they are traditionally under-represented, to facilitate reconciliation of professional and private life for women and men, to prevent and combat sexual harassment of women in the workplace, and to increase women’s access to employment and entrepreneurship (CEDAW, ICESRC Concluding Observations).

In the area of economic empowerment, UN Women in Serbia supported policies and projects that:

Women entrepreneurs connect, create, and accelerate their businesses in Serbia
Hidden mobile app gives women in Serbia a safer alternative for reporting violence
Interview: “Rural women must be aware of their value and fight every day, in various ways, in this male-dominated world”
Türkiye and Albania exchange gender-responsive budgeting experiences during high-level study visit
In the words of Tina Milovanović: “I want to make a visible change for the better, so that women and girls are empowered”
END_OF_DOCUMENT_TOKEN_TO_BE_REPLACED