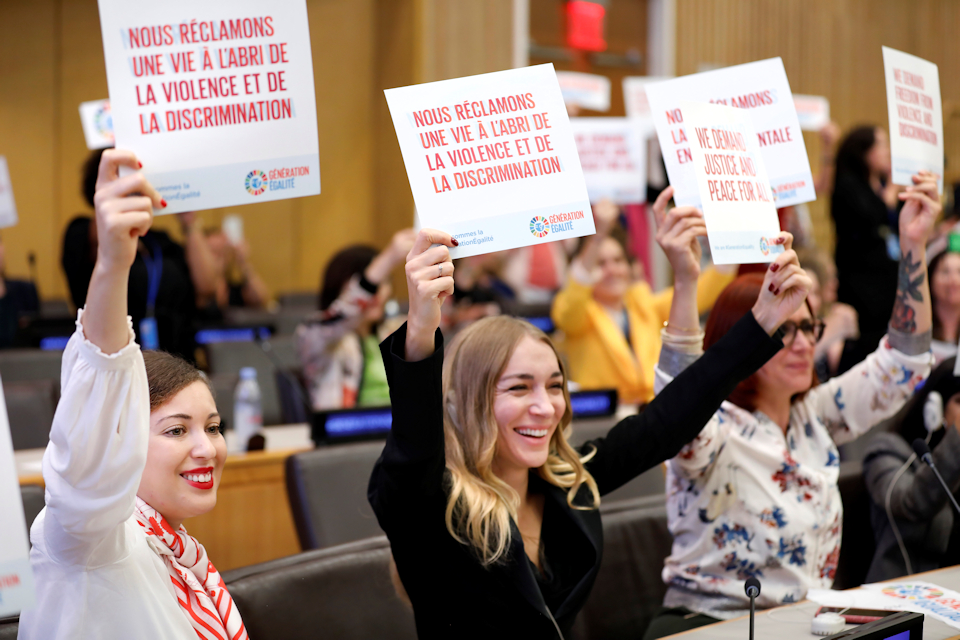 Scene from the event, “Gender equality: From the Biarritz Partnership to the Beijing+25 Generation Equality Forum”, hosted by France and Mexico ahead of the 74th session of the UN General Assembly, 2019. Photo: UN Women/Ryan Brown.

Imagine a world where all people have equal rights and opportunities. Women and girls are not afraid of walking home late at night, and men and boys are not trapped in oppressive masculinities. In this world, gender equality is the norm. Men and women get paid equally for work of equal value and share the care work at home.

Imagine equality in political leadership and corporate boardrooms and factory floors. Women have equal say in decisions that affect their lives, their bodies, their policies, and their environment, from villages to cities.

Let’s make this a reality. Join UN Women’s Generation Equality campaign to accelerate gender equality actions and mark the 25th anniversary of the Beijing Declaration and Platform for Action, the most visionary agenda for women’s rights and empowerment everywhere.

The Generation Equality Forum is a civil society–centred, global gathering for gender equality, convened by UN Women and co-hosted by the governments of Mexico and France. The Forum kicked off in Mexico City, Mexico, on 29–31 March 2021, and will culminate in Paris, France, on 30 June – 2 July 2021, with the aim of securing a set of concrete, ambitious, and transformative commitments to achieve immediate and irreversible progress towards gender equality. The landmark effort will bring together governments, corporations and change to define and announce ambitious investments and policies.

Mark your calendars for the Generation Equality Forum in Paris from 30 June -2 July. This is your chance to virtually join us for one of the largest global feminist gathering since 1995! Register for the Forum until 2 July 2021!

Arts and Culture for Generation Equality

UN Women is determined to make sure that young people are in the driving seat of the 25th anniversary of the Beijing Declaration and Platform for Action and that their voices are heard at all stages of the regional and global review processes and the Generation Equality campaign. In this scope, we’re sharing the voices of young leaders, with diverse areas of expertise from across the Europe and Central Asia region.

In 2020, #FeministsWantSystemChange civil society led consultations, hosted by Women Engage for Common Future and the UN Women Regional Office for Europe and Central Asia, brought together hundreds of gender equality advocates from the region to demand systemic change to realize women’s rights for an equal future. 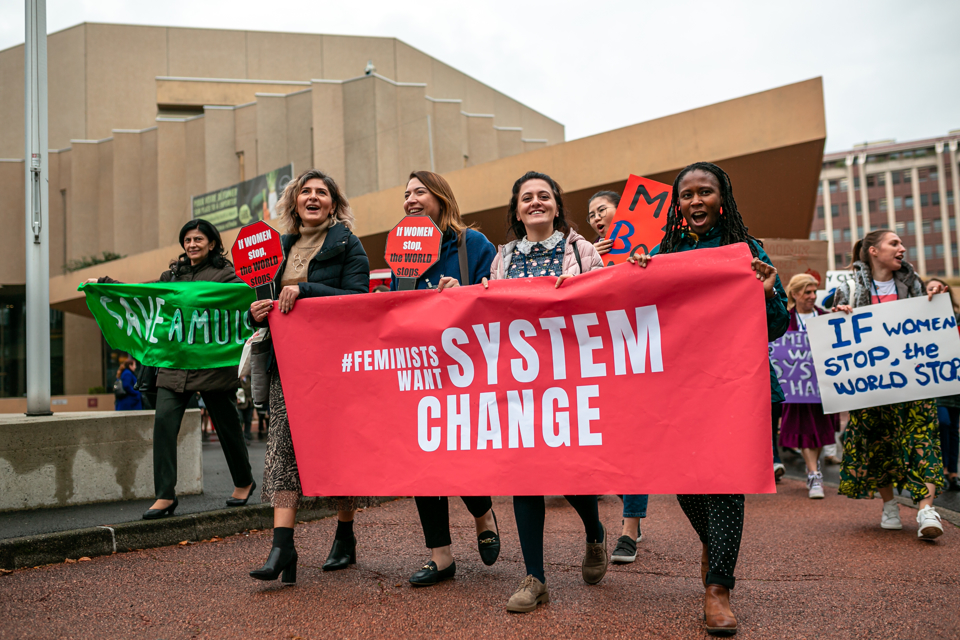 A diverse group of 450 women’s rights activists from Europe, North America, the Caucasus and Central Asia came together at the Beijing+25 regional civil society forum, in Geneva, to call for urgent action on gender equality. Photo: Antoine Tardy/UN Women

Share #FeministsWantSystemChange on social media! Visit our Trello board for the Feminists Want System Change campaign in the Eastern Europe, Central Asia, Western Balkans & Turkey! We have collected some key messages that you are free to use and play around with on social media.

📚Our #AwakeNotSleeping initiative will bring back forgotten stories about strong women and girls who defy gender stereotypes.

Breaking the walls of gender inequality!

On the road to #GenerationEquality Forum in Paris, we’re bringing mural artists from our region and beyond to promote women’s rights and gender equality through their art in the communities.