Bosnia and Herzegovina is an upper middle-income country with 3.3 million inhabitants (est. from 2018). After the 1992-1995 war, Bosnia and Herzegovina entered a transition process towards reconstruction, economic and social recovery, including a shift to market economy. The country has ratified a number of international commitments on gender equality, including the UN Convention on the Elimination of All Forms of Discrimination against Women (CEDAW), and was among the first countries in Europe (2013) to ratify the Council of Europe Convention on preventing and combating violence against women and domestic violence (Istanbul Convention). However, the BiH legal framework may still be interpreted as gender-blind as most laws, including the Constitution of Bosnia and Herzegovina, do not include specific provisions on gender equality nor do they actively promote gender equality in private and public life. On the other hand, Bosnia and Herzegovina has made significant efforts to harmonize its legislative framework with international standards and commitments and has adopted two pieces of key legislation: the Law on Gender Equality and the Law on Prohibition of Discrimination.

Despite a carefully designed legal, strategic, and institutional mechanisms for advancing gender equality, women in BiH still face many challenges and obstacles in achieving full equality in all areas of life. Major challenges to achieving gender equality pertain to traditional gender roles, i.e. cultural factors which include beliefs about appropriate gender roles. These barriers include inefficient mechanisms and response to violence against women, as well as low participation of women in decision-making positions in public and political life. Especially marginalized women, such as women living in remote and rural areas, women with disabilities, and women with diverse sexual orientation and gender identities, continue facing discrimination. Gender gap exists at most levels of education, age groups, occupations, and industries.

UN Women has been present in Bosnia and Herzegovina since 2008 when it set up a project office that was strengthened to a Country Office with a resident representative in 2013. Our work for gender equality and women’s empowerment focuses on three main areas:

UN Women supports Bosnia and Herzegovina as it adopts global standards to achieve gender equality, and works with governments and civil society to design laws, policies, programmes and services to implement these standards. In addition, we work closely with our UN, NGO and civil society partners to develop future interventions.

UN Women coordinates the International Working Group on Gender Equality, a platform where embassies and international organizations exchange information about their work on gender equality and the empowerment of women and their activities in the country. UN Women also chairs the UN Country Team’s Gender Theme Group, which ensures gender mainstreaming across UNCT by conducting system wide assessments of progress in GEWE. 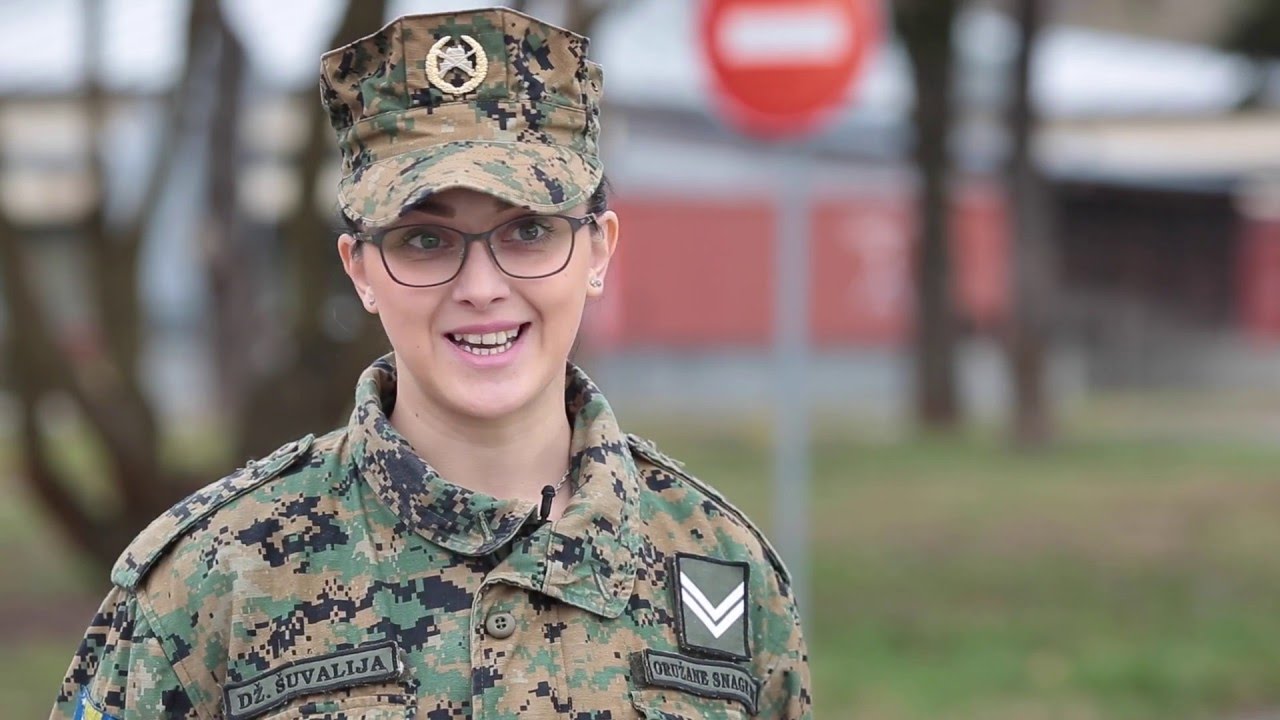 International Women's Day 2016 - Women, Peace and Security
UN Resolution 1325 Women, Peace and Security, which Bosnia and Herzegovina is a signatory to, provides that both women’s and men’s participation and leadership in the armed forces are necessary to provide protection for the population. Women’s participation in the armed forces makes the army better fit for their purpose, as goes for all other sectors of a society. This video shows the female story and profile of the armed forces, stressing the fact that women’s involvement in military affairs is indispensable.
Visit our Youtube channel

In Bosnia, story-tellers prized for their empowering prose

“When you are self-confident, you know that those demeaning you because of your gender are ignorant and then they cannot get to you. If you believe in yourself and you are independent you can deal with such people. It is easier for you to fight for your rights if they are being violated. …” - the winner of a UN Women short-story competition. Read excerpts from other competition winners. Read more »