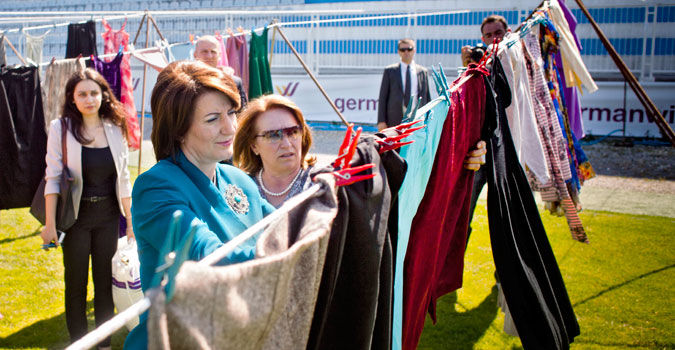 A violation of fundamental human rights that has grave physical, sexual and psychological consequences, violence against women and girls in Kosovo is common.

More than 15 years after hostilities ceased in 1999, survivors of conflict-related sexual violence remain stigmatized, and a culture of shame and silence surrounds the issue. Recently, significant progress has been achieved in this field and in March 2014 the Kosovo Assembly approved Law No. 04/L-172, which legally recognizes victims of sexual violence during the armed conflict in Kosovo.

In a 2008 survey, 46 per cent of women said they’d suffered domestic violence at least once; men commit 91 per cent of all domestic violence cases. Although the Law on Protection against Domestic Violence and the National Programme on Protection against Domestic Violence are fairly comprehensive, implementation is a challenge. There are shelters for women and children who have suffered gender-based violence, but both shelters and rehabilitation and reintegration services are sorely under-funded.

UN Women in Action in Kosovo

Preventing gender-based violence and domestic violence against women and girls is a high priority for UN Women in Kosovo.