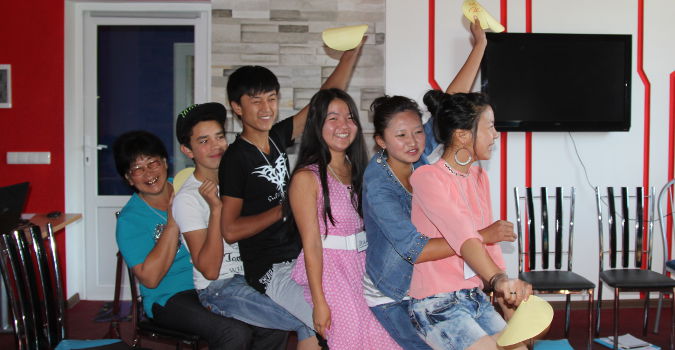 These conflicts and crises have devastating consequences and often exacerbate gender inequality between women and men. Aside from being targeted through war tactics, such as sexual violence, women and children make up the majority of refugees and internally displaced persons.

Using gender-based approaches is critical in addressing women and children’s needs. As widely recognized by the international community, women’s participation is vital to sustainable peace, yet they are often excluded from negotiation, reconciliation and reconstruction processes.

UN Women’s programmes are guided by a series of commitments to women’s rights. These include UN Security Council Resolution 1325 (UNSCR 1325) and six supporting resolutions – 1820, 1888, 1889, 1960, 2106 and 2122. Other key reference documents are the Beijing Platform for Action and the Convention on the Elimination of All Forms of Discrimination against Women (CEDAW).

UN Women in Kyrgyzstan, in partnership with other UN agencies, works with governments, women networks and human rights organizations to:

UN Women in action in Kyrgyzstan

Meet Yaroslav, a young Ukrainian refugee with disabilities who dreams of becoming a DJ
Interview: “The war in Ukraine may be changing the women’s movement, but it’s not stopping it”
Families start businesses, redistribute chores, and transform gender norms in Kyrgyzstan
Interview: “Measuring gender equality is pivotal for making progress”
UN Women Statement for the International Day Against Homophobia, Biphobia, Intersexphobia, and Transphobia
END_OF_DOCUMENT_TOKEN_TO_BE_REPLACED