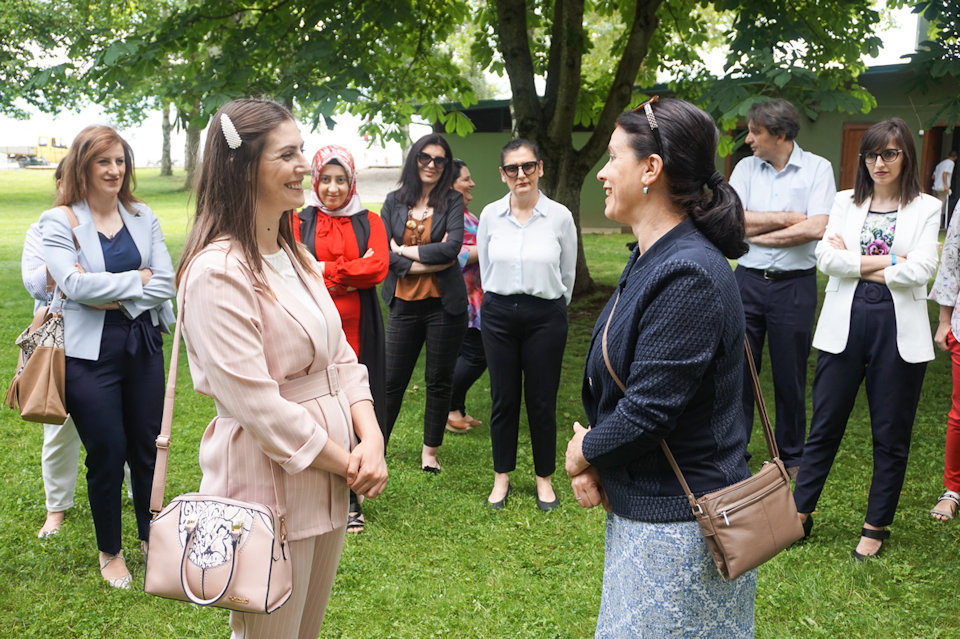 Gender-responsive budgeting training, organized by UN Women in North Macedonia in the framework of the project “Promoting Gender Responsive Policies and Budgets: Towards Transparent, Inclusive and Accountable Governance in the Republic of North Macedonia”, funded by the Swiss Agency for Development and Cooperation and the Swedish International Development Cooperation Agency (Sida). Photo: UN Women

Gender-responsive budgeting is a public policy tool that addresses gender bias and discrimination by analysing government budgets to ensure that national commitments to gender equality and women’s empowerment are adequately funded.

National plans, policies, institutions are where governments begin to translate commitments to gender equality into practical steps towards gender equality. Too often, they fail to ensure that public services respond to women’s needs and priorities.

The Republic of North Macedonia has made significant efforts to advance gender equality and to integrate gender-responsive budgeting in national planning and policy making. Since 2014, a methodology on gender responsive budgeting (GRB) is being implemented by central government institutions in response to the provisions set in the law on equal opportunities of women and men (2012) and the budget circular which uninterruptedly continues to stipulate gender-specific obligations. The current public financial management reform presents an avenue for effective use of gender-responsive budgeting at all levels of policy making and budgeting. The Ministry of Finance and Ministry of Labour and Social Policy, in partnership with UN Women, is leading the process.

Since 2018, UN Women has been implementing the project, Promoting Gender Responsive Policies and Budgets: Towards Transparent, Inclusive and Accountable Governance in the Republic of North Macedonia.

With financial support from the Swiss Agency for Development and Cooperation (SDC) and Swedish International Development Cooperation Agency (Sida), the project works toward the inclusion of the most vulnerable groups, through the integration of a gender perspective, at all stages of national and local policy-making and budgeting processes. Specifically, the project works to:

Find out more about the regional programme’s achievements from the past.