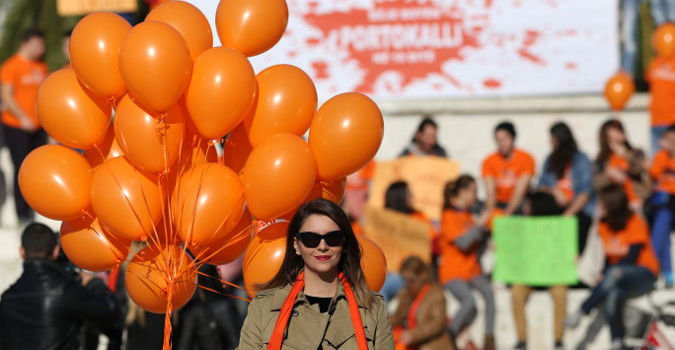 A violation of fundamental human rights that has grave physical, sexual and psychological consequences, violence against women in Albania is common, with almost 60 per cent of women aged 15-49 having experienced domestic violence. Although a high government priority, domestic violence prevention, protection, prosecution and referral mechanisms remain weak, though improving.

UN Women in Action in Albania

Ending violence against women and girls is a priority area for UN Women in Albania. An important part of our work involves assisting the Government of Albania implement the global norms and standards enshrined in its international agreements.

These include the Convention on the Elimination of All Forms of Discrimination against Women (CEDAW) and obligations that derive from Albania’s drive for accession to the European Union. In addition, Albania has ratified the Council of Europe (CoE) Istanbul Convention, which obliges states to address and prevent violence against women and girls, take measures to protect its victims, and prosecute perpetrators.

At the same time UN Women leads coordination of the UN agencies in country around awareness raising, 16 Days of Activism campaign under the UNiTE framework and involvement of men and boys.

Albania has been a state party to CEDAW since 1993. UN Women in Albania has supported:

UN Women programme initiatives aim to end violence against women in Albania by:

UN Women Albania is the lead coordinator of joint efforts with UNDP, UNFPA and UNICEF that assist national partners implement longer-term initiatives to change boys and men’s attitudes to domestic violence and reduce its prevalence.

Successful campaigns in Albania targeting the general public, men and boys include the UNiTE Campaign, which involves the 16 Days of Activism to End Violence against Women, and the HeForShe Campaign, UN Women’s solidarity movement for gender equality.

MediaForShe Congress kicks-off a dialogue on gender equality with the media in Ukraine
Turkish Women Olympians Make History
Onwards and upwards for gender equality in conflict-affected eastern Ukraine
Op-ed: What does energy poverty mean for women?
Despite the pandemic, rural women in Kazakhstan launch their own businesses
END_OF_DOCUMENT_TOKEN_TO_BE_REPLACED