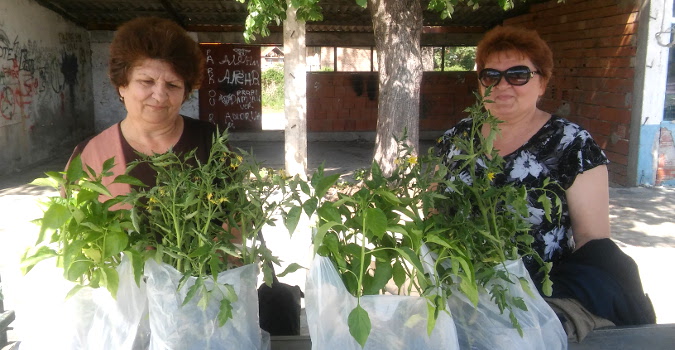 Strategies and plans for gender equality in Serbia are often inadequately financed or ignored in government planning, significantly undermining progress towards gender equality.

UN Women in Serbia works to ensure that gender equality is central to Serbia’s planning and budgeting for national development and EU accession and to strengthen the institutional mechanisms that coordinate and drive the gender equality agenda.

UN Women in Serbia advocate for transparent and adequate public financing that channels sufficient resources to both women and men to strengthen gender equality mechanisms at all levels of government.

To hold governments accountable for achieving their gender equality objectives and mainstream gender into public processes, UN Women in Serbia promotes gender-responsive policymaking and budgeting at national, provincial, and local levels. Implementing gender responsive budgeting is closely related to public finance management reform Serbia began in 2015. Regulated by the Budget System Law of 2016 that includes achieving gender equality as an objective, this foresees gradual implementation of gender responsive budgeting at all levels of government by 2024.

Serbia is prone to natural disasters which often exacerbate gender inequality. Although these disasters and the adverse impacts of climate change affect everyone, women and men may experience their effects differently, with women usually disproportionately and negatively affected. Women have limited resources, less access to justice, restricted mobility, and a more limited voice than men in shaping decisions and policy. On a more hopeful note, women’s gender roles and responsibilities create an opportunity to tap diverse and critical solutions to climate change challenges.

UN Women Serbia continues to partner with the Ministry of Finance, the Provincial Secretariat of Finance and the Coordination Body for Gender Equality, oversight bodies, media, and local self-government units to foster gender-responsive budgeting.

Since UN Women in Serbia began in 2020 the regional project, Transformative Financing for Gender Equality towards more Transparent, Inclusive, and Accountable Governance in the Western Balkans, to integrate a gender perspective into every stage of local and national policy and budgetary processes,  71 line ministries and institutions at the national and provincial level — 83% of all direct budget users —included in their 2022 budgets measures and activities to achieve gender equality. In addition, financing to support gender equality was included for 104 budget programmes (62% of all programmes), 216 programme activities and projects, 369 budget objectives and 710 gender-sensitive indicators.

To reduce the burden of unpaid care work on women, UN Women implemented the British Embassy in Belgrade-funded project Redistribution of Unpaid Care Work, whose activities resulted in:

In addition, UN Women is strengthening the capacities of CSOs, local governments, public institutions, the Ministry of Environment, and other stakeholders to bring the gender dimension into climate change resilience and adaptation initiatives to ensure gender responsive planning.

Call for Proposals: Support to improved performance and increased capacity among shelters for victims of gender-based violence
In the words of Elena Biceva: “By taking care of ourselves, we can help even more”
In the words of Larysa Denysenko, a Ukrainian legal expert: “Sexual violence is a tactic of intimidation, torture and humiliation”
From Where I Stand: “We need women’s voices for a sustainable marine life and fisheries sector.”
Women with disabilities from Montenegro empowered to recognize and report violence against women
END_OF_DOCUMENT_TOKEN_TO_BE_REPLACED