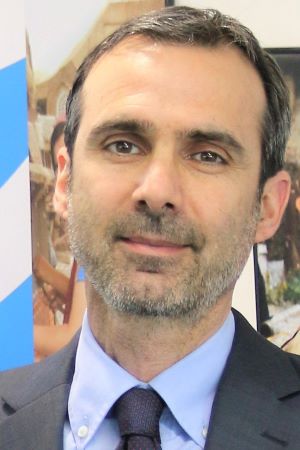 Mr. Michele Ribotta is the UN Women Representative to Albania. He joined UN Women in 2012 as adviser to the Director of the UN System Coordination Division in New York. In his capacity, he has driven UN Women’s efforts to mainstream gender in the work of the UN Development System at global, regional and country level, supporting the strategic engagement of the Entity in the broader repositioning of the UN Development System.

Before joining UN Women, Mr. Ribotta led the UN Coherence learning team at the UN System Staff College, providing training and facilitation services to UN Country Teams on leadership and strategic planning. Prior to that, he served with UNDP Egypt as Head of the UN Resident Coordinator Office. His career in the UN system started in 1997, when he joined UNDP Bulgaria as a coordination and human rights officer in the Office of the UN Resident Coordinator.

Mr. Ribotta has a master degree in law obtained at the University of Rome, La Sapienza in 1993. He is married and has three children. He speaks Italian, English, French and Spanish.

Call for Proposals: Support to improved performance and increased capacity among shelters for victims of gender-based violence
In the words of Elena Biceva: “By taking care of ourselves, we can help even more”
In the words of Larysa Denysenko, a Ukrainian legal expert: “Sexual violence is a tactic of intimidation, torture and humiliation”
From Where I Stand: “We need women’s voices for a sustainable marine life and fisheries sector.”
Women with disabilities from Montenegro empowered to recognize and report violence against women
END_OF_DOCUMENT_TOKEN_TO_BE_REPLACED