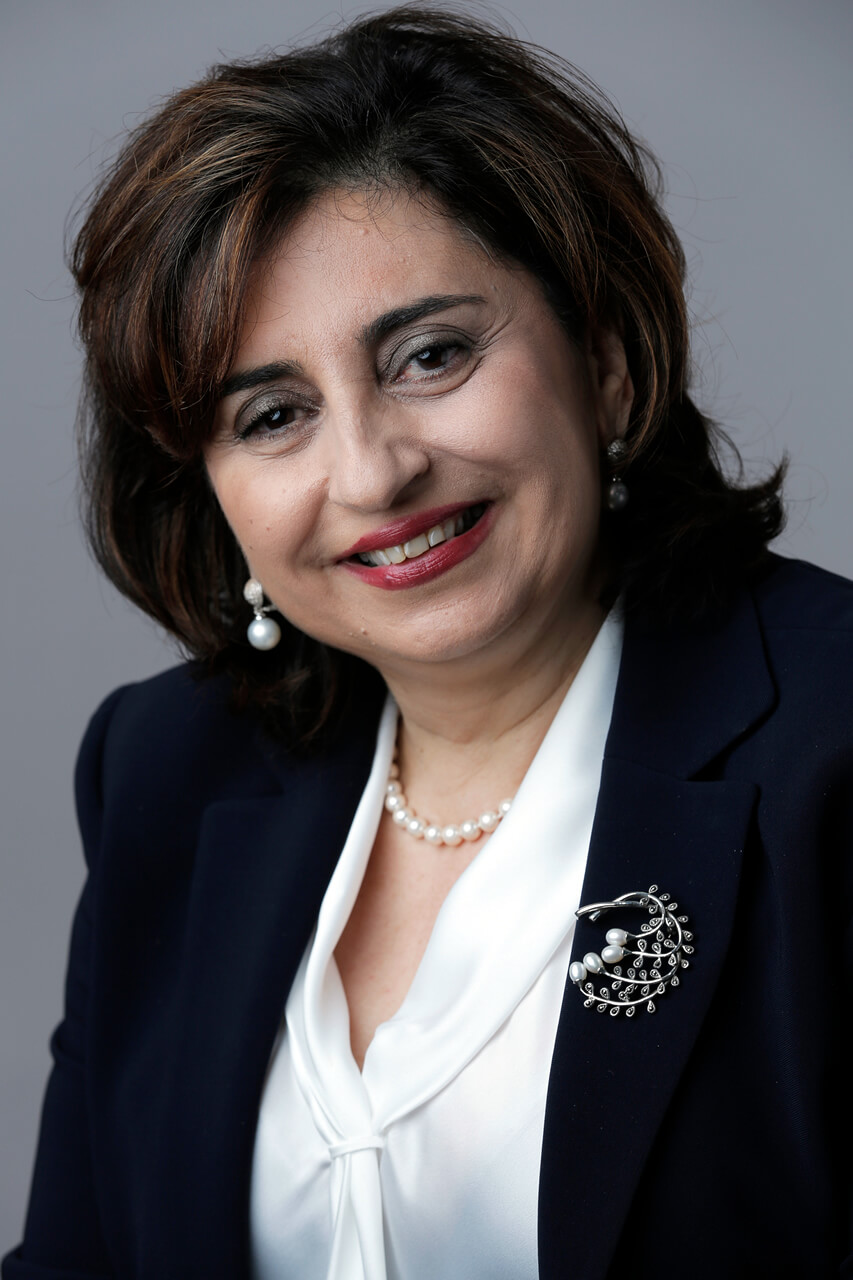 Ms. Sima Sami Bahous became UN Women’s third Executive Director on 30 September 2021. A champion for women and girls, gender equality, and youth empowerment, as well as a keen advocate for quality education, poverty alleviation, and inclusive governance, Ms. Bahous brings to the position more than 35 years of leadership experience at the grassroots, national, regional, and international levels, coupled with expertise in advancing women’s empowerment and rights, addressing discrimination and violence, and promoting sustainable socio-economic development towards the achievement of the Sustainable Development Goals.

Ms. Bahous most recently served as Permanent Representative of Jordan to the United Nations in New York. Prior to this position, she served as Assistant Administrator and Director of the Regional Bureau for Arab States at the United Nations Development Programme from 2012 to 2016 and Assistant Secretary-General and Head of the Social Development Sector at the League of Arab States, from 2008 to 2012.

She has also served in two ministerial posts in Jordan as President of the Higher Media Council from 2005 to 2008 and as Adviser to King Abdullah II from 2003 to 2005. She was Media Adviser and Director of Communication for the Royal Hashemite Court from 2001 to 2003, Acting Executive Director for the King Hussein Foundation from 2000 to 2001 and Executive Director of the Noor Al Hussein Foundation from 1998 to 2001. She also worked for UNICEF and with a number of United Nations and civil society organizations, and taught development and communication studies at different universities in Jordan.

Statement: Protect the rights of all Afghans
Statement: In solidarity, we honour the global humanitarian community
Statement: ‘Meticulously constructed policies of inequality’ – Afghanistan one year on
Speech: Pushing boundaries, together with our partners
Speech: Let’s put an end to ‘Where are the women’?
END_OF_DOCUMENT_TOKEN_TO_BE_REPLACED