I am Generation Equality: Jasmina Zahirović 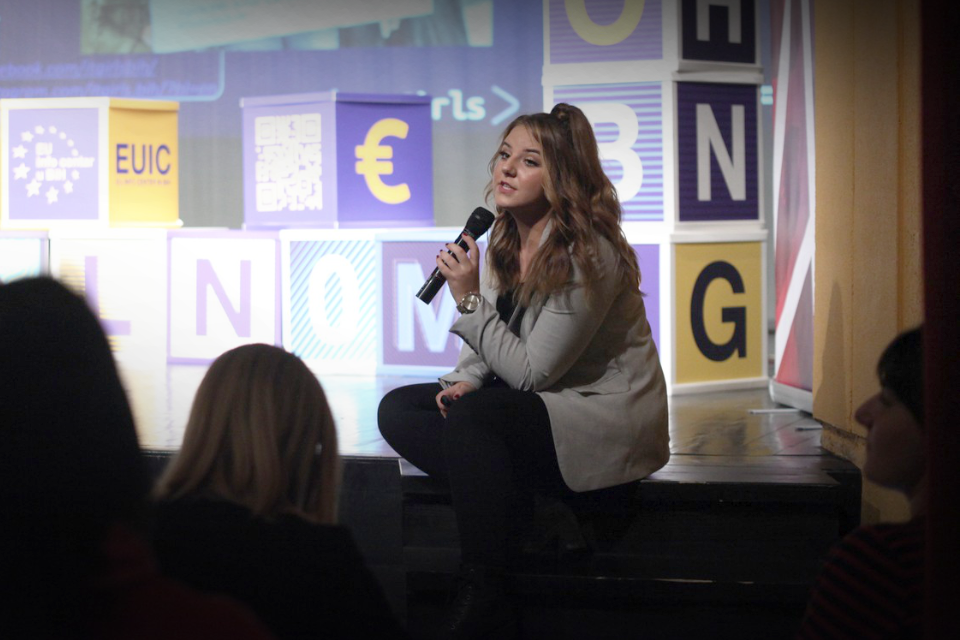 "The ICT sector is one of the fastest-growing sectors in the world. In Bosnia and Herzegovina, as in the rest of the world, the ICT sector is male-dominated. Daily, girls and women face discrimination as a result of gender stereotypes, causing low self-confidence.

We all have different experiences. In my opinion, women need to work harder and at least twice as much as men do if they want to be recognized for their success. However, I have noticed more female students, which makes me enormously happy because I was the only IT girl in my generation.

Throughout my education, I faced many gender-based barriers from my teachers and professors. I learned that people will always talk and comment on other people's mistakes and actions. Rarely they will praise you, support you, and stand with you during the difficult days. I believe that all girls and young women should believe in themselves, learn how to endure defeats and criticisms, and rise stronger from those situations because we can all choose how much it affects us.

I grew up in a patriarchal home and environment where it is still inconceivable that a woman can be successful, enterprising, and independent. My sister has always been my biggest supporter, and I am grateful to my entire family for being there for me and enabling me to be what I want to be today. In this world, it is difficult to fight for your dreams, but it is not impossible.

The IT Girls Initiative helped me to believe in myself, grow, and acquire new skills. Together with the IT Girls, I want to break the prejudices against women in IT. The initiative gave me motivation, effort, and feminine solidarity. Because of IT Girls, I was a speaker at the Festival of Contemporary Women, where I wanted to motivate other girls to join the IT sector. Many competitions that the initiative organized helped us, IT Girls, to meet and support each other. I won first place in several IT Girls competitions which makes me enormously proud of myself. I had the task of creating a virtual keyboard, where I allowed my imagination and knowledge to guide me. IT Girls team and IT companies were delighted with my ability to connect various programming languages. Furthermore, I recently completed the first cycle of the IT Girls Mentoring Programme, during which I gained an immense amount of self-confidence from my mentor. All of this resulted in an internship at an IT company.

We need to create a vision for gender equality in society from an early age. In this way, we can positively influence children, as well as prevent the problems we encounter daily.

Currently, I am studying IT and working as a coach at the STEM Academy, where I teach children and support them on their path to successful STEM careers. My dream is to be a role model for other girls. Our society needs to create an enabling environment for women’s empowerment in ICT, and I want to be part of this change. I call on all women and girls to succeed in ICT, realize their dreams, and smash those gender stereotypes because, on the way to success, it is necessary to defeat only one enemy – yourself!"

Related News
05/10/2017
From where I stand: “Changing the present, we are also changing the future”
24/09/2016
From where I stand: Ileana Crudu
15/06/2016
Bosnian girls hone IT skills at web coding camp
16/03/2022
Women-owned businesses in Bosnia and Herzegovina get a boost through the BizUp programme
08/02/2022
In the words of Nino Enukidze: “Technology is the most powerful tool of support”
END_OF_DOCUMENT_TOKEN_TO_BE_REPLACED