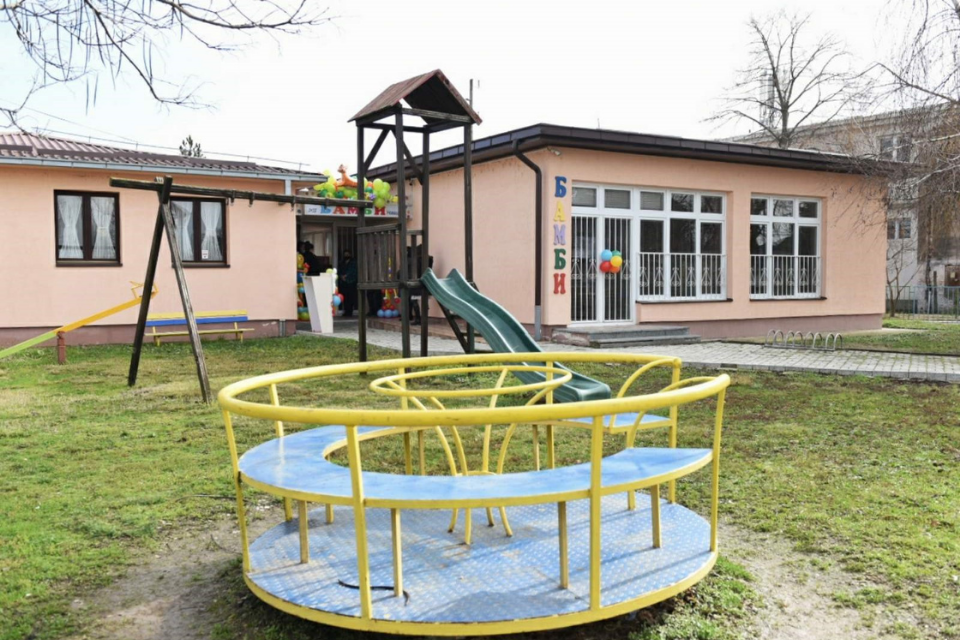 For the past 10 years, there was only one childcare centre in the Municipality of Novaci – a small city with a population of roughly 3,500 in the south-central region of North Macedonia – and it only provided services for a maximum of two and a half hours per day. For years, Novaci residents, especially women, had been asking municipal officials for a full-day kindergarten.

Being one of the municipalities supported under the UN Women gender-responsive budgeting project, Novaci has recognized the importance of investing in social services and has allocated funds to transform its daily centre for early child development into a full-day kindergarten.

Marija Simovska Trajchevska, a mother of two who works at a private company, is now better able to balance her unpaid care and paid work responsibilities as a result.

“For me, this represented a big relief, given that my maternity leave ended, and I went back to work. It means one less concern, not only for me but also for other mothers who are in a similar situation,” says Trajchevska. “I am convinced that one of the main reasons for women’s absence from the labour market is the lack of childcare services rather that a lack of employment opportunities.”

The lack of affordable childcare is proven to reduce women’s participation in the workforce and in public life. Studies show that the traditional division of household labour, in which the burden of care for the household and its dependents automatically falls on women, constitutes an important impediment to women’s economic activity in North Macedonia. As a result, women are more likely than men to cut back their work hours or even leave work to take care of their children.

With the closure of the kindergartens in the first months of the pandemic in North Macedonia, the pressure on mothers exploded due to the increased demand for unpaid care and domestic work.

According to the UN Women Rapid Gender Assessment on the Impacts of COVID-19 in North Macedonia, only employed women in urban areas who were married/cohabitating or were single mothers (with the highest usage among women aged 18 to 44),have used the crisis measure allowing one working parent to stay home to care for a child or children up to age 10, which may have negative long-term consequences on their careers.

The extensive technical and mentoring support on gender-responsive budgeting provided under the UN Women project enabled Novaci’s municipal officials and administration to closely consider the needs of women and men in municipal planning and budgeting processes. 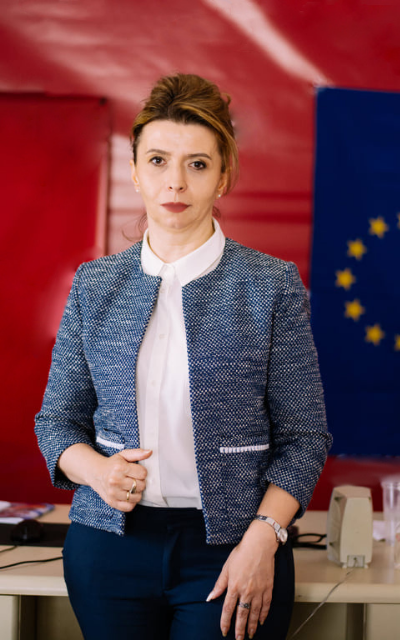 Irena Popovska Talevska recalls attending a UN Women training on gender-responsive budgeting shortly after taking on her role as Coordinator for Equal Opportunities in the Municipality of Novaci two years ago:

After that initial training, I asked myself what would be different if there are more women voicing their needs at municipal council meetings? Will it affect the priority areas of the municipality’s planning? And, ultimately, how can the lives of women change if there is a full-time kindergarten in the community?” says Popovska Talevska.

Taking into consideration the concerns raised by women, the Municipality decided to invest MKD 5.2 million denars (USD 100,000) in renovating the ‘Bambi’ daily centre. As of March 2021, it serves as a kindergarten and provides full daycare services for up to 50 children aged 2–6 years.

“I am glad that the municipality took into account the priorities that women were voicing for so many years and made the right decision – to allocate funds for opening a kindergarten,” says Trajchevska.

The Municipality of Novaci is one of 21 municipalities supported under the UN Women project “Promoting Gender-Responsive Policies and Budgets: Towards Transparent, Inclusive and Accountable Governance in the Republic of North Macedonia” funded by the Swiss Agency for Development and Cooperation and the Swedish International Development Cooperation Agency (Sida).

Related News
06/08/2021
Journalists from North Macedonia build partnerships for a media more sensitive to women’s rights
18/06/2021
Take Five: “Social norms and ethical systems need to change to improve gender equality”
16/12/2019
Press Release: High-level event in North Macedonia brings the role of women in the security sector to the fore
29/11/2019
International Conference in Skopje calls for greater recognition of women’s powerful peace-building role in the Western Balkans
11/10/2019
Ask an activist: What is your message to the new generation of women and men activists?
END_OF_DOCUMENT_TOKEN_TO_BE_REPLACED