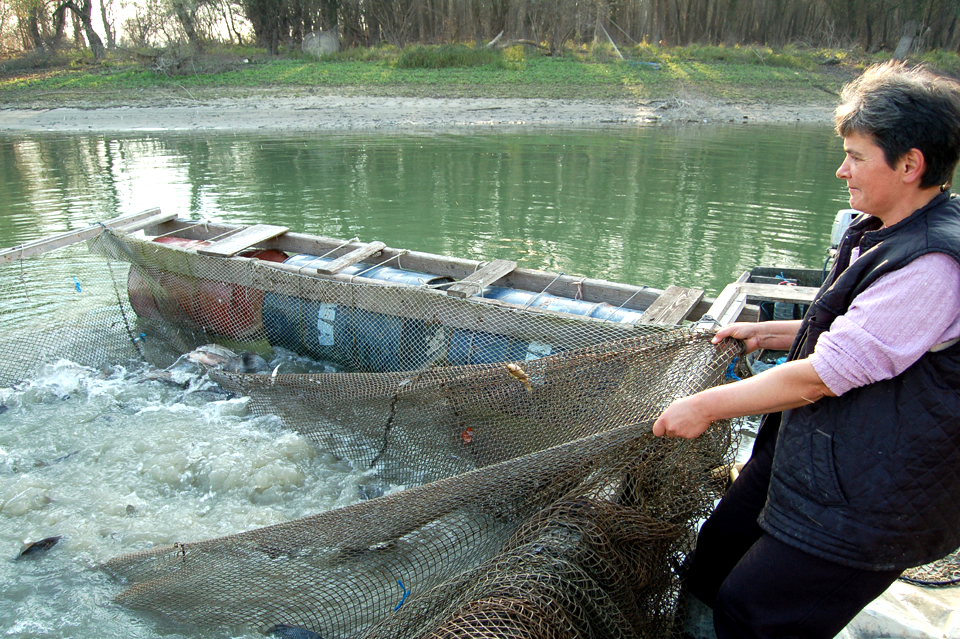 Around 100 participants – representatives of ministries and civil society, researchers and activists – from the Western Balkans and Turkey discussed strategies and interventions to reduce violence against women from rural areas within the webinar “Intersectional solutions to eliminate violence against women and girls in rural areas,” on the occasion of the International Day of Rural Women, October 15.

The webinar, organized by the European Union, the Council of Europe, and UN Women, aimed to provide a space for knowledge sharing and discussion on how to improve rural women’s and girls’ access to services for victims and survivors of violence, economic opportunities and rights, and participation in decision-making, acknowledging the multiple and intersecting forms of discrimination that rural women face.

Intersectionality is the recognition that women can experience discrimination on the basis of multiple and intersecting identities. According to the CEDAW and the Council of Europe Convention on preventing and combating violence against women and domestic violence, also known as the Istanbul Convention, ethnic minority women, elderly women, women living in rural or remote areas, women with disabilities, migrant women, women in prisons and women and girls on the street are particularly vulnerable to disadvantage and discrimination.

Kalliopi Mingeirou, Chief of the Ending Violence Against Women Section of UN Women, stated: “With the new COVID-19 context, we are learning about some promising practices on how different organizations are addressing those challenges. We hope that these discussions will inform recommendations to develop concrete measures targeting multiple inequalities and other forms of discriminations for rural women and other groups of women.”

Kay Binder, Policy Officer at European Commission, reaffirmed the European Union’s commitment to reducing violence against women in the region, especially in light of the challenges posed by the pandemic.

“Rural women and girls should recognize themselves in their elected representatives, not only at the national but also at the local level; not only in cities, but also in rural areas. In this context, it's important to take into consideration the particular challenges faced by minority women living in rural settings, such as refugee women or migrant women and to understand that women from rural areas are not a homogeneous group among themselves. When rural women are engaged in local government, this contributes not only to improving gender equality, but also to the development and economic growth of rural areas. It's good for everyone and it’s good for the economy,” pointed out Drenjanin.

Professor Aşkın Asan from Turkey, member of the Council of Europe Group of Experts on Action against Violence against Women and Domestic Violence, also known as GREVIO, presented GREVIO’s key findings and recommendations on women and girls from rural communities.

“Women play a very critical role in the rural economies of developed and also developing countries. They make significant contributions to agricultural production, to food security, nutrition and land management. However, although a rural environment could bring advantages, it also brings inequalities that affect women in rural areas, as there are difficulties in accessing education, employment, and social services, and exposure to violence compounds these inequalities,” stated Professor Aşkın Asan.

In this regard, Gertjana Hasalla, Project Coordinator at Women Forum Elbasan from Albania, shared her experience working with rural women on ending violence against women over the years, including her work in empowering rural women to seek women’s support services, stressing the importance of local level interventions for the prevention and combating of gender-based violence. “If you don't work in rural localities, then you cannot expect to see results on ending violence against women from rural areas,” she concluded.

This webinar was the first one in the series "A thousand ways to solve our problems: Preventing and responding to violence against women from an intersectional perspective in the Western Balkans and Turkey," organized within the framework of the EU-UN Women programme “Ending violence against women in the Western Balkans and Turkey: Implementing Norms, Changing Minds.”

The events are also expected to celebrate the achievements made and exchange lessons learnt among participants to accelerate the implementation of the recommendations laid out in GREVIO baseline reports and CEDAW concluding observations related to minority and marginalized women.

For more information, read this background paper on violence against women and girls in rural areas.

Related News
09/12/2021
In the words of Melek El Ahmed: “Violence begins when we do not give our daughters the same opportunities that we give our sons.”
07/12/2021
In the words of Hülya İnan: “Women can contribute to building solidarity with their own stories”
06/01/2021
In the words of Aşkın Asan: “We are committed to making a difference in rural women’s lives every day of the year”
19/06/2019
Compelled and empowered, Syrian refugees changing traditional gender norms
11/04/2022
In the words of Stela Tanellari: “Employment is essential for ensuring the successful reintegration of women survivors of violence into society”
END_OF_DOCUMENT_TOKEN_TO_BE_REPLACED