In the words of Melek El Ahmed: “Violence begins when we do not give our daughters the same opportunities that we give our sons.” 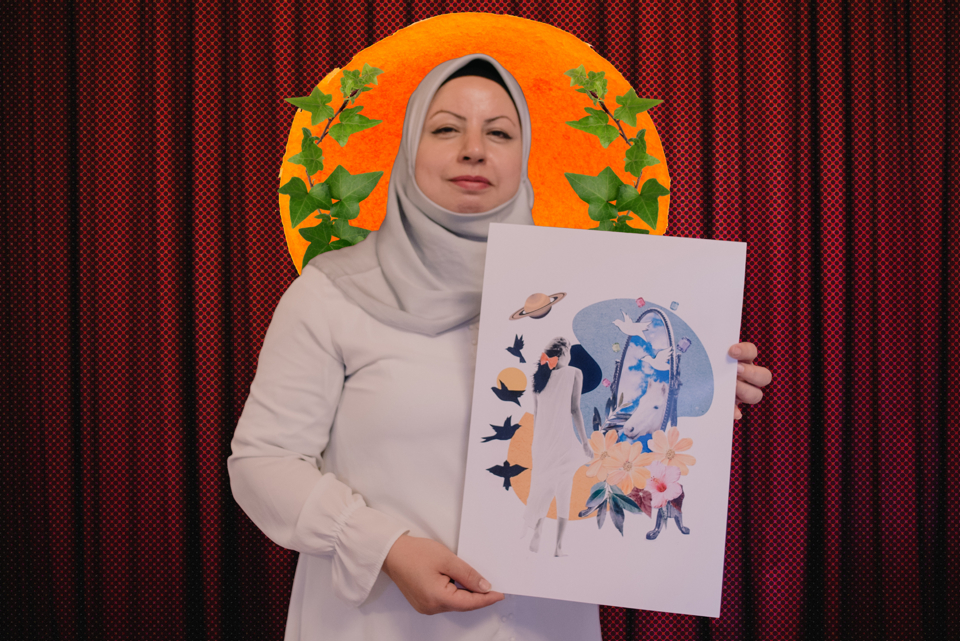 Melek El Ahmed participated at the “Creating a Violence-free World” workshop as part of the 16 Days of Activism campaign. Photo credit: İlkin Eskipehlivan

Melek El Ahmed, 38, moved to Turkey with her husband and two children in 2013. Having been exposed to some forms of violence in the past, she now advocates for her rights as a woman and prioritizes bringing up her children as equals. In her story, she highlights how discrimination between girls and boys creates a base for violence from a young age, while also sharing what parents can do to leave no space for future violence. El Ahmed is one of the participants of the “Creating a Violence-free World” workshop held as part of the 16 Days of Activism campaign and implemented by the UN Women Refugee Response Programme implemented in partnership with the Association for Solidarity with Asylum Seekers and Migrants’ (SGDD-ASAM). It was financed by the governments of Japan and Norway and took place in Gaziantep, which is a south-eastern province in Turkey.

As a refugee woman, people expect you to put up with negative behaviours of the opposite sex since the common belief within our society is one should simply be grateful to be alive and to have escaped to a safe country. We are aware of the value of being in a safe space where we can live like normal human beings. On the other hand, no woman, whether with a refugee background or not, should compromise on her right to a violence-free life.

I have experienced violence-related issues. This is how I began to seek SGDD-ASAM’s support. We are in a different country now where there is a legal system that can protect women and girls from violence. Luckily, awareness around the rights of women in Turkey circulates among refugee communities thanks to centres like SGDD-ASAM. They informed me about my rights and helped me go to the police station. I was initially scared to practice my rights but the support gave me the confidence I needed to get through the process. With the support of this women’s centre, I learnt that violence against women and girls is not only more widespread than I had thought, but there are other forms that we must consider as violence.

Women who are exposed to violence tend to carry guilt and remain silent. I want to remind them that there is no shame. Regardless of what they think, refugee women are not alone, and they can always be supported. This is a first step in combatting violence but there are other significant actions we must take. As women, it should be our priority to raise girls and boys as equals. Violence does not occur suddenly, out of nowhere. There is a lot of inequality, lack of knowledge and ignorance around how girls and boys are brought up. Violence does not have to be physical to be regarded as violence. Violence begins when we do not give our daughters the same opportunities that we give our sons. Violence begins when we give our sons’ potential achievements a higher profile, or when we dampen our daughters’ enthusiasm to do activities that we disapprove of because of gender-based prejudges, which we label as ‘traditions’.

During the ‘Creating a Violence-free World’ workshop, I tried to express these ideas and exchanged views with other refugee women. If we, as women, consider ourselves or each other worthy of violence for any reason, we cannot take a collective stance in the fight against it. Some women do not have this kind of awareness yet but there will be a time when every woman will come to realize that nobody deserves to be treated violently.”

Related News
19/06/2019
Compelled and empowered, Syrian refugees changing traditional gender norms
11/04/2022
In the words of Stela Tanellari: “Employment is essential for ensuring the successful reintegration of women survivors of violence into society”
07/12/2021
In the words of Hülya İnan: “Women can contribute to building solidarity with their own stories”
06/01/2021
In the words of Aşkın Asan: “We are committed to making a difference in rural women’s lives every day of the year”
19/10/2020
Women’s rights advocates from the Western Balkans and Turkey shine spotlight on disproportionate violence against rural women
END_OF_DOCUMENT_TOKEN_TO_BE_REPLACED