In the words of Hülya İnan: “Women can contribute to building solidarity with their own stories” 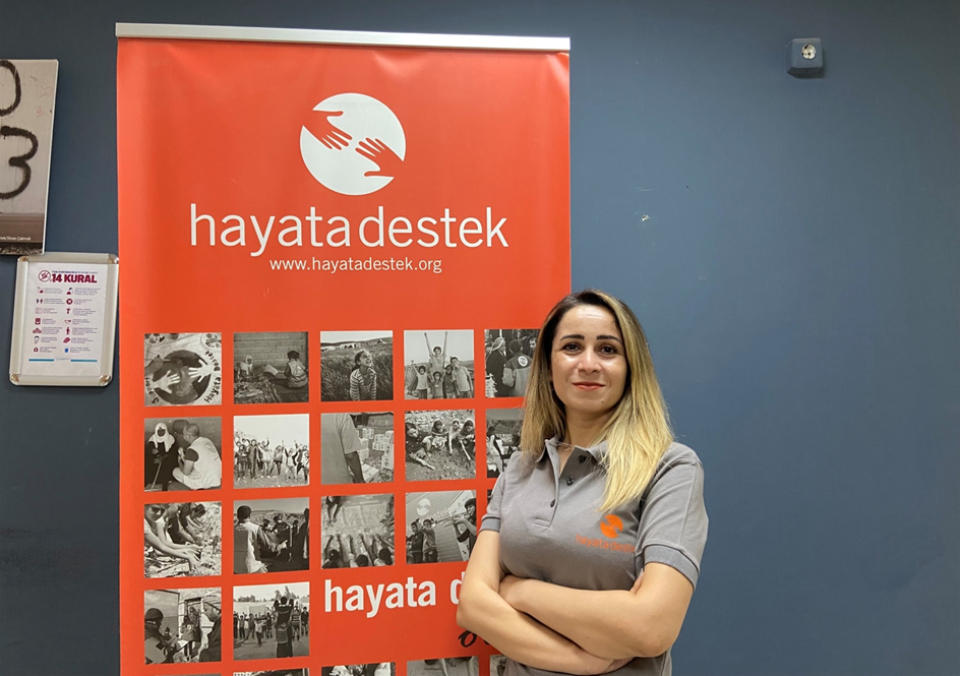 Hülya İnan is the outreach officer of Support to Life, a humanitarian organization promoting basic human rights and needs in rural communities of Turkey since 2005. Based in Şanlıurfa, a city located in southeastern Turkey, Hülya İnan has coordinated the “I am a woman, I have rights” workshops for more than 60 rural women. Within these workshops, organized with the support of the UN Women regional programme “Implementing Norms, Changing Minds,” funded by the European Union, women learn about their rights and how to assert them.

We live in a patriarchal society where men’s oppression of women is still common. During ‘I am a woman, I have rights’ trainings, we witness women’s lack of awareness of their basic rights and the obstacles in claiming these rights. We deliver the training face-to-face in the rural neighbourhoods of Viranşehir [a town near Sanliurfa], because we observed that the women living there needed this knowledge.

During the workshop, we found out that many of the women have been subjected to some type of violence in their homes, but they have avoided confronting this. They were even trying to rationalize it by explaining that this was something normal. This was quite jarring. Even though the women were all aware of what they were going through, they were hesitant to name it.

As a woman who grew up in the same region, I am no stranger to what women face. I managed to become a teacher in a culture where sending girls to high school is condemned. I started sharing my own experience to inspire other women to break gender stereotypes. As a woman who stands on her own two feet and is working in the field of humanitarian aid, I try to set a blueprint for other women.

During the training workshops, we create an environment where women can talk openly. When they realize that they are not alone, a feeling of solidarity builds up among them. They learn about support mechanisms, and then they share what they have learned with other women. Serving as role models and good examples nurtures this spirit of solidarity and provides encouragement. For example, during one session, a woman decided to send her daughter to school after listening to my story.

While raising awareness about women’s rights and their access to justice, we also realize the importance of women’s access to financial resources. Financial impossibilities are the reason that so many women have to overlook all kinds of violence. When they are financially independent, they are more self-confident and will not remain silent against the violence and injustice committed against them. I believe we can contribute to women’s solidarity with our own stories. Supporting women’s access to financial resources will make our efforts more meaningful. Because we know that society will be stronger if women get stronger.”

Related News
09/12/2021
In the words of Melek El Ahmed: “Violence begins when we do not give our daughters the same opportunities that we give our sons.”
06/01/2021
In the words of Aşkın Asan: “We are committed to making a difference in rural women’s lives every day of the year”
19/10/2020
Women’s rights advocates from the Western Balkans and Turkey shine spotlight on disproportionate violence against rural women
19/06/2019
Compelled and empowered, Syrian refugees changing traditional gender norms
11/04/2022
In the words of Stela Tanellari: “Employment is essential for ensuring the successful reintegration of women survivors of violence into society”
END_OF_DOCUMENT_TOKEN_TO_BE_REPLACED