Adalet Budak Akbaş: Changing the rules so that women and girls in Turkey can thrive with an education

Adalet Budak is a women’s rights activist from Turkey, who is helping thousands of young women from the southeastern Anatolia region to get a proper education. 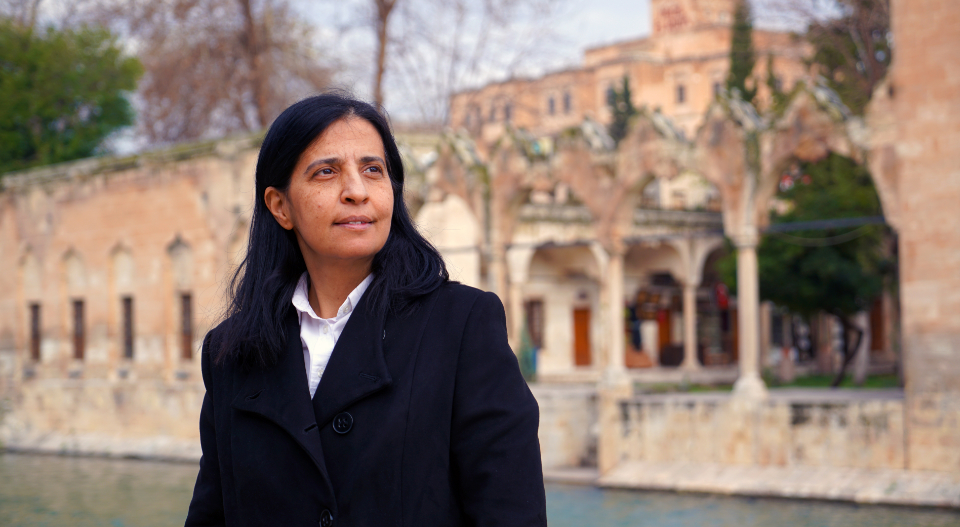 Adalet Budak was born in Urfa, in the southeastern part of Turkey on the border with Syria. She is the eldest of five children and has three sisters and one brother. This traditional part of Turkey is not the best place to be born female as men contine to dominate society. For generations here, more than the most basic education for women has been deemed as unnecessary. Girls are married off as young as 13 or 14 years of age, becoming mothers quickly thereafter.

Adalet was lucky. After she finished school, she continued her education. After graduating from the Anadolu University, Distance Education Department, Faculty of Economics, she received a special scholarship to study English in New York. 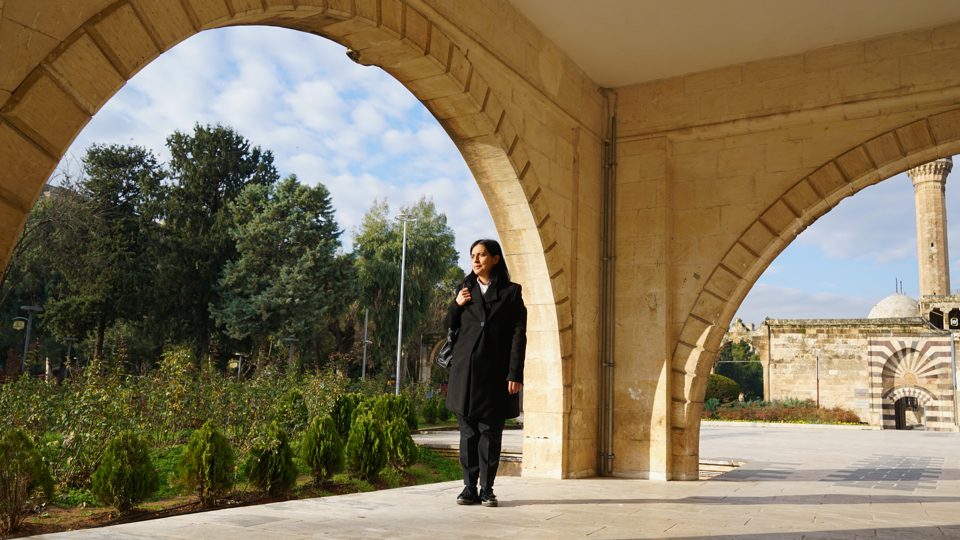 At first, her parents were divided about whether Adalet should go to New York. Her father was supportive while her mother was strongly opposed; she even stopped talking to Adalet for months. Adalet says she has her father to thank for an opportunity that changed her life.

After New York, she went on to Denmark for a year to participate in a multinational program. Adalet was engaged in rural development projects around the world, which gave her enough experience to start developing her ideas. She’s very well-traveled and she could have stayed in the United States or in Europe, but her homeland was always on her mind. She wanted to give back to the community where she grew up.

“I always wanted to do something to develop that area, bring about a change. It’s not easy, of course, however, this is what I communicate to my children, too. I tell them to go, visit other places, learn, bring back the new things and implement what you’ve learned,” says Adalet.

I always wanted to do something to develop my community, to bring about a change.”

Adalet returned to Turkey and has been working for the Southeastern Anatolia Project Regional Development Administration (Turkish acronym: GAP) since 2002. Currently she is the General Coordinator of the Humanitarian and Social Development Department. Her dedicated work over the past 17 years has touched 1.4 million women's lives and helped over 10,000 girls receive scholarships and continue their education. 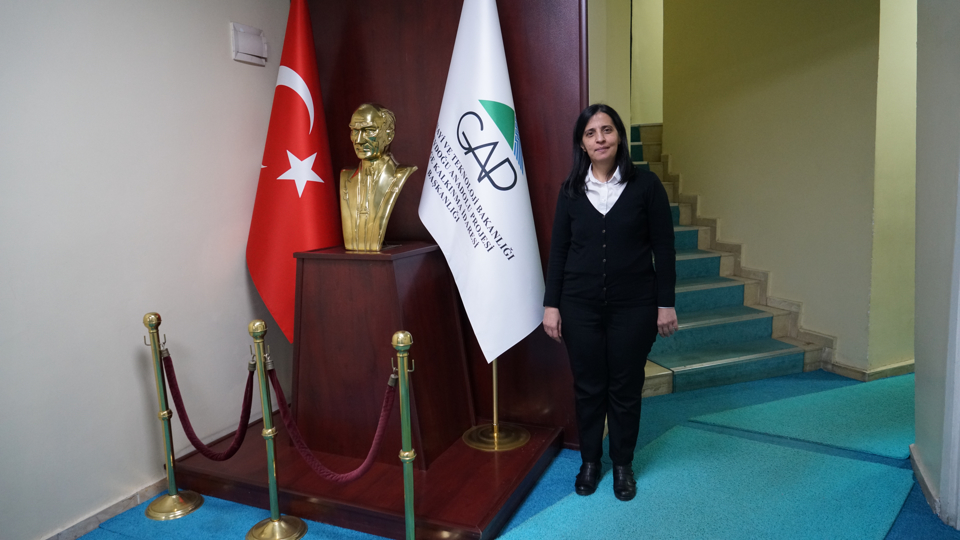 Together with UN Women, the municipality and other local authorities, GAP focuses on strengthening refugee support initiatives in Sanliurfa. They deliver livelihood support and socio-economic assistance to meet the needs of vulnerable communities, as well as opportunities for social cohesion between refugee women and host communities. 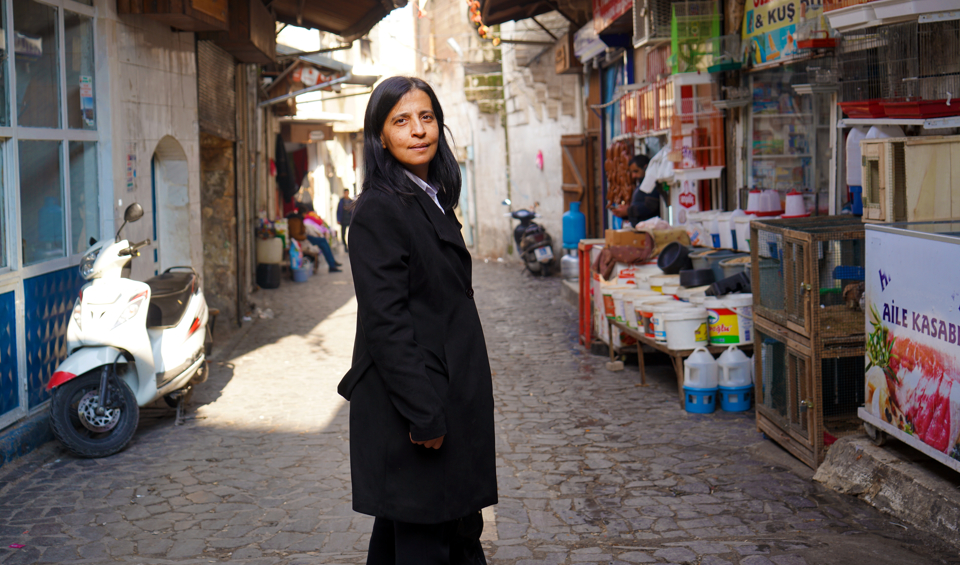 Thanks to the scholarship project, over 10,000 girls continue their education. Photo: UN Women/ Daria Komleva

Traditional views are very hard to change. They sit deep in the minds of local men and women. The scholarship project started in 2003 and there were plenty of problems in the beginning. Adalet regrets that in this area girls, and their future, are perceived as not worth spending money on.

“We would award several scholarships to smart girls and then we would find out that one was pulled out from the school by her family and the other got married and quit school,” Adalet recalls. “There was a lot of silent resistance to what we were trying to do. It was hard; there were even aggressive people, dads who were on a crusade against us. We often had to negotiate with fathers to convince them to let their daughters study.”

We often had to negotiate with fathers to convince them to let their daughters study.” 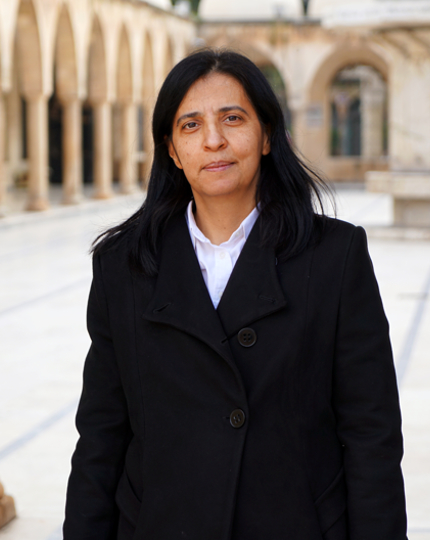 It has changed a lot since then. While there are still those families who would rather invest in their male children, following the traditional set of gender roles, where men work and women get married, give birth, and take care of the house, there are more families who want opportunities for their daughters. Adalet believes new technologies are partly to thank for this change, as people have access to more information from outside of their community. They are keen to improve their living standards and to catch up with the rest of the world.

The scholarship project that Adalet and her colleagues work on encompasses all age groups, though they tend to focus more on younger women from underprivileged families. The girls are taught different skills from learning how to read and write, to acquiring social skills to be integrated fully into community life.

The project’s protégés attend middle and high school as well as universities; while people with special needs and the elderly are also catered for. The major criteria for getting into the programme is being a resident of one of the nine provinces in the southeastern part of Turkey.

“We start with a house visit,” Adalet describes the procedure of taking on new participants: “We look at their conditions and identify their needs. Then we design a tailor-made programme for each participant and accompany her through the entire programme.”

Some of their paticipants are more than 50 years old, these women mostly want to learn how to read and write, as they have never had a chance to study.

Searching for ways and means

The scholarship project has around 47 multipurpose community centers in the region, mostly in underdeveloped areas, which work closely with international organizations and local administrations. This project aims to empower women socially and economically and integrate them into the development process.

There have been donations from private corporations, which help immensely and show that society is ready for a shift.

Thousands of projects have been implemented. Life in the area changes slowly, but visibly.

“It’s just like when you plant a tree,” says Adalet. “You know that you can’t expect fruit right away. You tend the tree and wait patiently.”

For almost her entire career, Adalet has been working to empower women, children, and teens, giving them new prospects and dreams.

I worked hard, I got tired, sometimes I gave up, but then I got up and started again, I learned how to bounce back.”

“When they come to these community centers they receive services which make them feel more comfortable. It gives them courage and more inspiration that allows them to dream on and try to take the next step.”

Adalet says that all over the world she met women who inspired her, who managed to change their lives despite their social backgrounds.

We have changed the lives of 1.4 million women and we are not stopping now.” 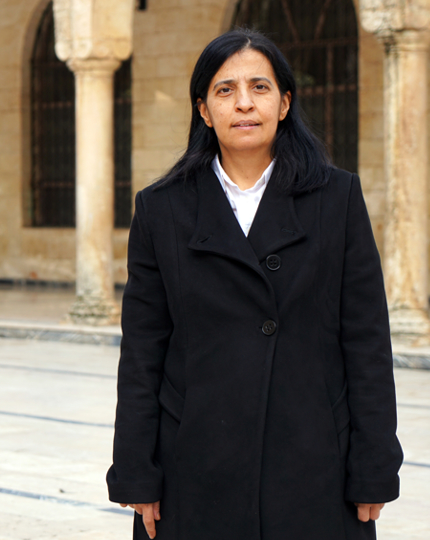 “We have done fieldwork in countries such as Afghanistan, Colombia, Uganda, Madagascar. Everywhere I saw women of all shapes and colors, living in different conditions, being mothers, being productive, being creative. I worked hard, I got tired, sometimes I gave up, but then I got up and started again, I learned how to bounce back. I have heard stories that shocked me and encouraged me to steel myself and do more. I have been motivated by wonderful women. I have learned how to do business, to create, to negotiate. Together we have changed the lives of 1.4 million women and we are not stopping now,” she says.

Related News
10/12/2020
Ana Šaćipović: Building a bridge between two worlds
15/09/2020
Edita Velic: A young politician urges women in Bosnia and Herzegovina to make their voices heard
07/04/2020
Aida Loshaj: A medical researcher from Kosovo hoping to discover cure for an evasive autoimmune disease
06/04/2020
Bahar Toksoy Guidetti: From a successful career in Turkish volleyball to empowering girls through sport
01/04/2020
Elena Georgievska: A mother determined that her son enjoys every opportunity in his education and life
END_OF_DOCUMENT_TOKEN_TO_BE_REPLACED