Bahar Toksoy Guidetti: From a successful career in Turkish volleyball to empowering girls through sport

Bahar Toksoy Guidetti is a volleyball player who lifted many trophies during her career. She contributes to girls’ empowerment through sport in her summer academy, striving to leave a positive mark on their lives. 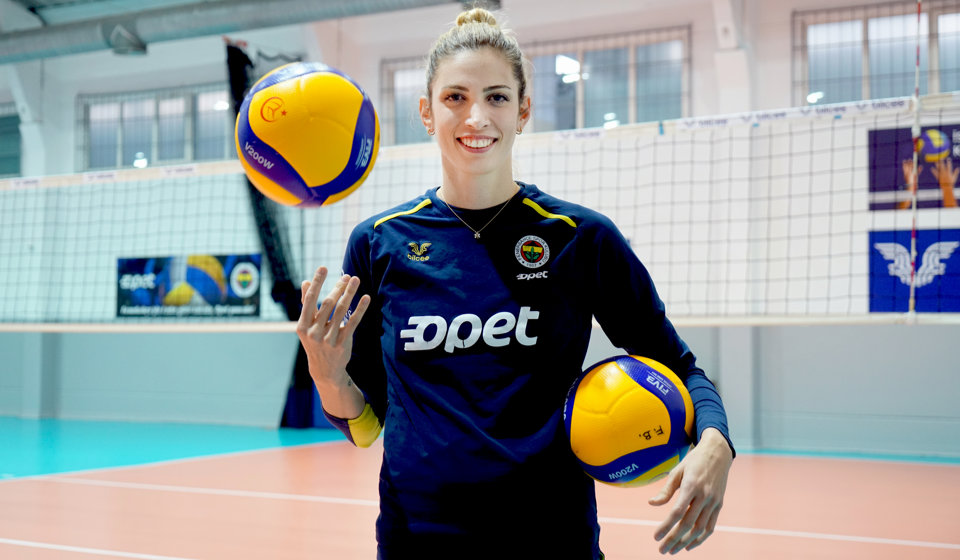 Bahar Toksoy Guidetti, 31, was born in Izmir, a city along the western coast of Turkey, where children can play outside freely and grow up doing sports. Bahar’s parents supported her to chase her dream of becoming a professional volleyball player. They helped her balance home life, with school, sports and leisure time. “I always felt that they were proud of me regardless of my performance in school and sports,” Bahar says. “I was lucky”.

For as long as she can remember, Bahar was only interested in games involving balls. She was tall and it was a huge advantage when playing volleyball with friends, so it became her favorite sport. But, Bahar got sick too often, suffering from one cold after another. “Most of my childhood memories involve my mum running after me trying to give me some herbal medicine,” Bahar says. It appeared that she had an immune system deficiency. Her dad wanted her to stop playing volleyball but her mum believed that playing sports would make her stronger.

With this mother-daughter deal, Bahar joined the school team. The more she trained, the less she got sick. Eventually, her trainers saw her significant talent and took her to youth team trials. At the age of 18, Bahar signed her first professional contract and moved to Istanbul by herself.

The rest of her career had nothing to do with luck. Her success was founded on hard work. “In sports, you get what you train for, not what you wish for,” Bahar says.

In sports, you get what you train for, not what you wish for.” 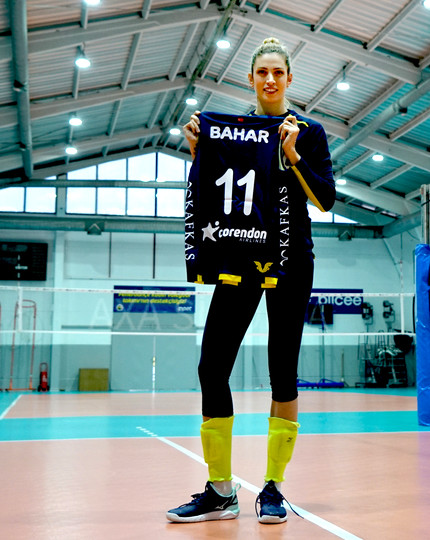 Bahar was raised by a strong and hard-working woman. Her mother was a high school teacher who gave her a powerful weapon: confidence. So Bahar chose to trust herself and train hard to become an elite player for the Turkish national team. Her career includes European League, Champions League and World Cup titles. When her team qualified for the Olympics in 2012, it was the first time in 52 years that Turkey was represented in team sports.

Bahar played when she was four months pregnant, returned to volleyball 42 days after giving birth and won the Turkish League with Fenerbahçe Sports Club. Her daughter is now three years old. “Believe me when I say, if you have passion for something, do not doubt yourself, work hard and nothing can stop you from accomplishing it,” says Bahar.

If you have passion for something, do not doubt yourself, work hard and nothing can stop you from accomplishing it.”

All around the world, female athletes are at a huge disadvantage compared to their male counterparts. But, the fast and steady rise of Turkish women’s volleyball around the world during the last 15 years helped them gain the recognition they deserve. The Turkish national team has scored several historic achievements, the clubs have gained international success and continue to remain at the top of the world in volleyball. “For a young girl who is talented and interested in sports, volleyball is the best profession in Turkey,” Bahar believes.

Women who play sports have higher levels of confidence and self-esteem. “We need to encourage women and girls and provide them with opportunities to do sports,” Bahar says. “But I think the more important issue is that women are underrepresented in sports leadership.”

We need to encourage women and girls and provide them with opportunities to do sports.”

The number of women coaches and managers in clubs and federations, directors of sports organizations, and physical education teachers is low, not only in Turkey but worldwide. According to Bahar, traditional stereotypes regarding women need to be confronted. “That’s why I’m honored to be a member of a club that sets an example with its commitment to gender equality in terms of players, manager, and workers,” smiles Bahar. “Fenerbahçe is one of the oldest and most popular multi-sports clubs in Turkey with a large fan base of 25 million globally. When such a strong club joined forces with the global HeForShe movement, you realize things will change in this country.”

In 2018, Fenerbahçe Sports Club partnered with the HeForShe, UN Women’s global solidarity movement for gender equality, with the support of Tüpraş, one of the companies of Koc Holding, an Impact Champion of the HeForShe, to become a gender-responsive sports club and advance women’s empowerment in sport. 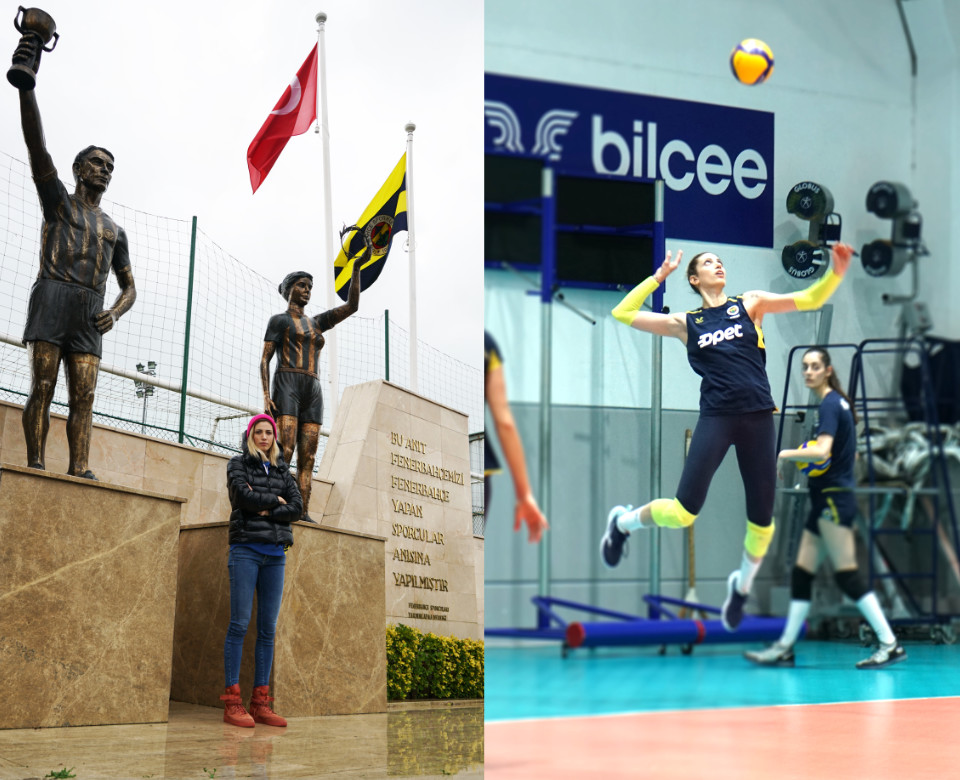 As an athlete mum, raising a daughter, Bahar realized she could do more than just inspiring other girls, she needed to leave a positive mark on their lives.

Together with her husband, Giovanni Guidetti, Bahar started a summer volleyball academy for girls. The academy’s goal is to help children discover their talents and interests, not only in sports, but also in art, science, business, and nature. Bahar wanted to show them that if they worked hard enough and never gave up, they can be anything. Whether they wanted to be a professional volleyball player, a journalist, a pilot, a pharmacist, or a lawyer, she wanted to provide them with the tools for creativity and problem-solving.

“During our last summer camp, the girls attended volleyball training with me, our trainers and Giovanni, in the morning and afternoon, every day, but they also participated in several workshops, events, talks unrelated to sports,” says Bahar. “They had the opportunity to meet with successful women from male-dominated professions. We had an impressive workshop on gender equality where the goal was to inspire girls by deepening their understanding of the topic. The workshop was sponsored by Fenerbahçe, as part of the HeforShe Campaign.”

Bahar believes that professional athletes are great role models for young girls. They can inspire them not only to be a good sports player but to also be successful in every aspect of life. “Don’t try to be me,” says Bahar to her students, “because if you try to be me, you can’t do better than me. But if you are yourself, you can do much better.” 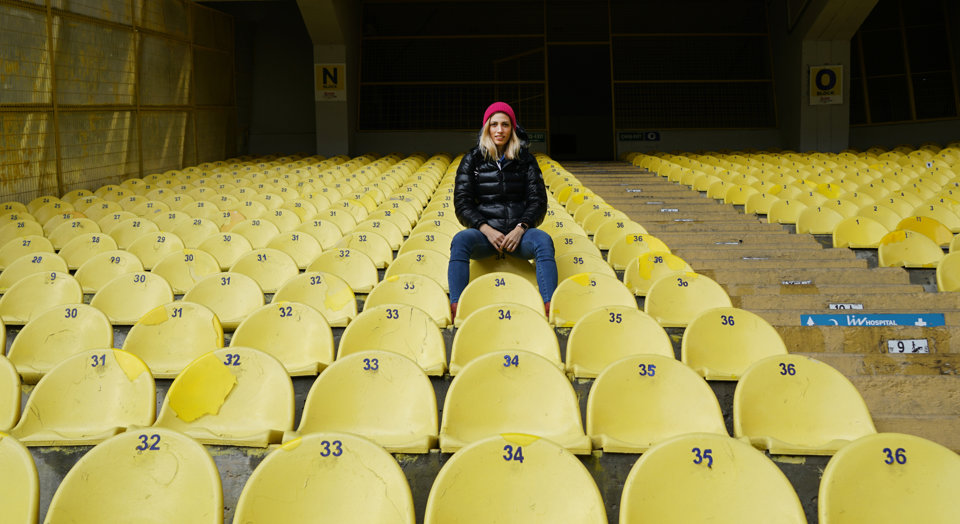 Bahar Toksoy Guidetti thinks that sport can be a force to empower women and tear down discrimination against them. Credit: UN Women/ Daria Komleva

Sport is a powerful tool for women’s empowerment, and it can be a force to tear down gender barriers and discrimination. Bahar decided that gender equality should be a core subject in her academy. “After the workshop, we realized that children form an understanding of gender norms, identities and stereotypes at an early age,” Bahar recalls. “If you don’t educate them during these years, they will acquire gender bias, such as which jobs are meant for men and women.”

If you don’t educate them [the children], they will acquire gender bias, such as which jobs are meant for men and women.” 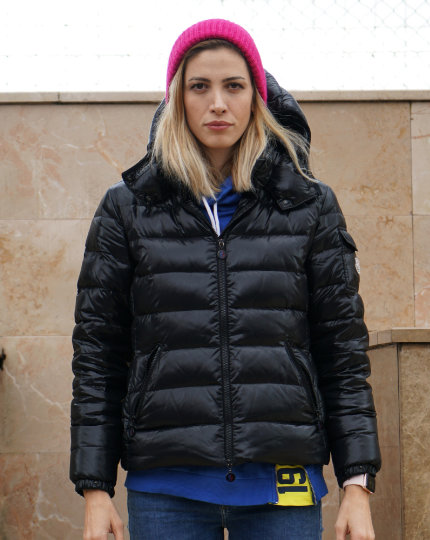 Giovanni and Bahar travel to disadvantaged places in Turkey regularly, and train girls from small villages for free. Many of these girls told her that she was so lucky that her parents let her become a professional player. Their parents usually tell them to do housework so they can get married at an early age, while their brothers are encouraged to become football players. “We try to change this step-by-step, but I wish I had more power to change this faster: Let the girls play!” – smiles Bahar.

Most women think when they get married or join a company, the husband or the company will take care of them. “If you want to be completely respected for your capabilities, recognized for your success and appreciated for what you are, do not expect to be taken care of,” says Bahar. “Take charge of your career. Your life!”

Take charge of your career. Your life!” 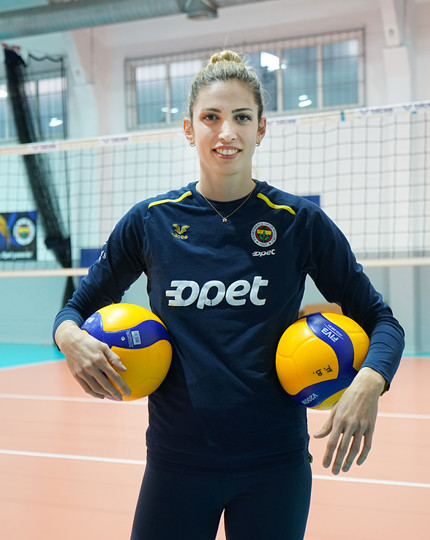 Related News
10/12/2020
Ana Šaćipović: Building a bridge between two worlds
09/10/2020
Adalet Budak Akbaş: Changing the rules so that women and girls in Turkey can thrive with an education
07/04/2020
Aida Loshaj: A medical researcher from Kosovo hoping to discover cure for an evasive autoimmune disease
01/04/2020
Elena Georgievska: A mother determined that her son enjoys every opportunity in his education and life
16/03/2020
Veronica Fonova: Becoming a feminist and leading Kazakhstan’s first feminist rally
END_OF_DOCUMENT_TOKEN_TO_BE_REPLACED