Edita Velic: A young politician urges women in Bosnia and Herzegovina to make their voices heard

Edita Velic is one of the youngest politicians in Bosnia and Herzegovina. She knows firsthand how difficult it is for a woman to make it in the male-dominated political world, but she always encourages women to stand up and never give up. 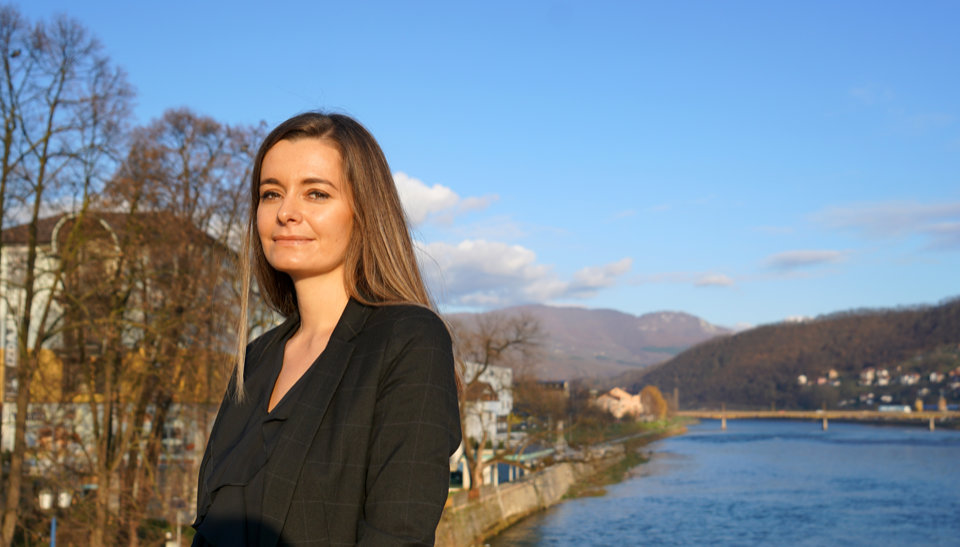 Edita Velic is one of the youngest politicians in Bosnia and Herzegovina. Credit: UN Women/ Daria Komleva

Born in 1991 and not yet 30, Edita Velic has already built an impressive career in politics, having been elected as the president of the Assembly of Bosansko-Podrinjski Canton (a federal unit with its own government) in eastern Bosnia and Herzegovina.

Politics runs in her blood – both her grandfather and great-grandfather were politicians. She never dreamed of following them, yet by the time she was in her early teens, she had already received an award for being the most active young person in her region.

“You know how politics works,” she laughs. “[Politicians] notice you. They see that someone is making an impact and then they want to benefit from that. And I loved being helpful to the community.”

In 2014, Edita became the youngest person and only woman to head her party list in the canton where she lives. Her political future was on the way.

Taking a stand against political violence

Politics can be a dirty game, but Edita has no doubt that there is always a place for fair play. It has not been easy to compete with older men though. Some kept telling her to go back to the kitchen where women belong. The most upsetting remarks were about her being in politics because she wasn’t married.

“I would like to ask my male colleagues - what makes them say all these stereotypical things to us?” Edita wonders.

A study on violence against women in politics in Bosnia and Herzegovina, conducted by the Westminster Foundation for Democracy, found that 60.2 per cent of 83 participants had experienced some form of violence during their engagement in politics, with psychological violence being the most prevalent form. The Internet has become a major channel for misogynistic and sexualized threats. 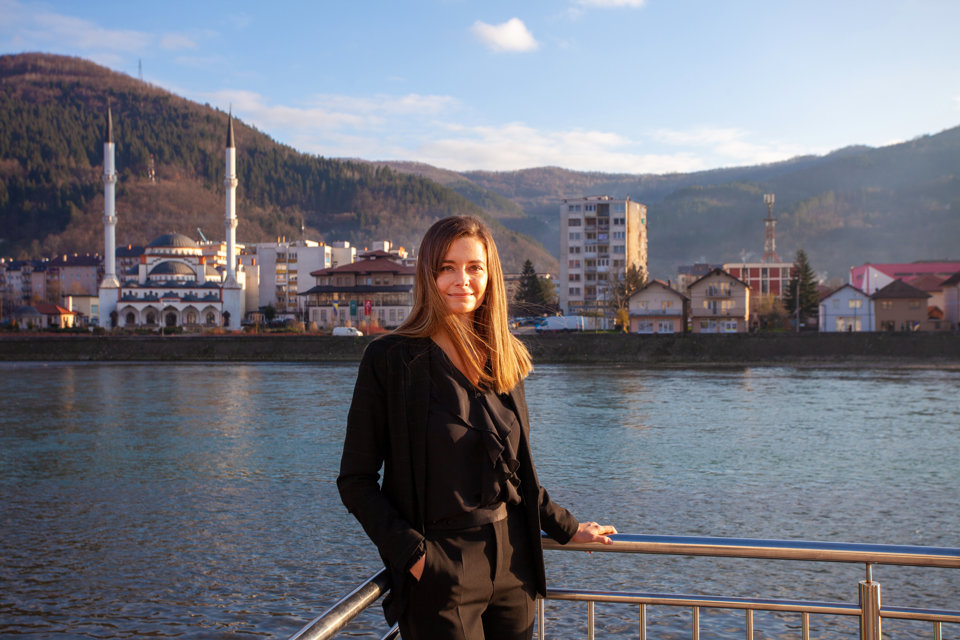 Edita has been attacked verbally by men and non-verbally, surprisingly, by a woman. Yet she believes that every problem can be solved by talking. “This is a serious topic and we all have to be engaged,” Edita believes. “We have to stand against these things.”

“If a woman grows up accepting that violence in her life is normal, then she will not be protected from violence all her life,” Edita emphasizes. “We have to start from somewhere, start telling our stories. We need to raise awareness, need to show that it’s not okay to withdraw yourself and live with this pain inside. Why do men always fight for what they think is right? Women can do the same and they should.”

Edita loves to meet and listen to people, and exchange ideas for changes in politics and beyond. She shared her story at a group meeting with women politicians during the visit of UN Women’s Executive Director to Bosnia and Herzegovina.

What makes her tough and brave

“If I hadn’t gotten involved in politics, I probably wouldn’t know how tough and brave I am. A job in politics puts you in many situations where you have to fight for your stance. You learn how to find courage,” says Edita.

She makes her objectives clear; she wants to show people that one can be respected no matter what his or her age or gender is.

“What is my gender, what is my age? Who cares?” she asks.

If I hadn’t gotten involved in politics, I probably wouldn’t know how tough and brave I am.” 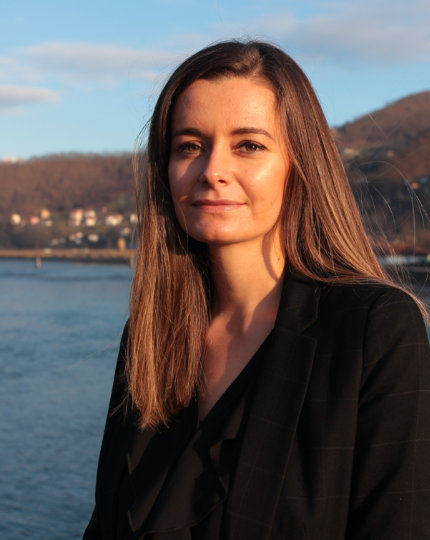 Reviewing her accomplishments, she says that among other things, she is most proud of the fact that her job has not changed her values or beliefs. In politics, many temptations threaten integrity. But she has managed to stay true to herself, and people respect her for that.

She claims that during elections, she wasn’t going around trying to get as many votes as possible by any means. She didn’t even ask her family to vote for her. All the votes cast for her came from her actions and reputation, not marketing.

“Sometimes people tell me not to let bad things discourage me,” she reflects. “They tell me not to get frightened, they ask me not to quit. They say ‘If you go, we’ll all go, too’. And then I realize that this is a very important weight that I carry on my shoulders. And I just want to show them all that if we work hard and really apply ourselves, we can do great things for this country.”

Home is where the heart is

A stalwart supporter of bringing more young people into politics, Edita points to how young people are more open in expressing their ideas, more flexible and less focused on bureaucracy and stereotypes.

She is also very proud of the small area where she grew up. Her canton is the smallest in the Federation of Bosnia and Herzegovina, with about 23,000 people. She believes that one has to start changes from inside the community, and that smaller town folk have as much right to be heard as people from larger cities.

With municipal institutions, she has organized get-togethers for young women to talk safely about their problems. Many have come with questions that they are afraid to ask at home. Edita is confident in the value of young people being able to speak freely and feel that they are understood.

“I want this area to have a woman who is going to be very significant in the political life of this country, because we've never had a serious politician from here,” she says. “We are people who don’t live in big cities, but that doesn’t make us less modern citizens.”

Her message to young women is clear. “We’re women and we can do anything men can, and we are just as good at it. We just have to be aware of our own strength and how to show it.”

We’re women and we can do anything men can, and we are just as good at it.” 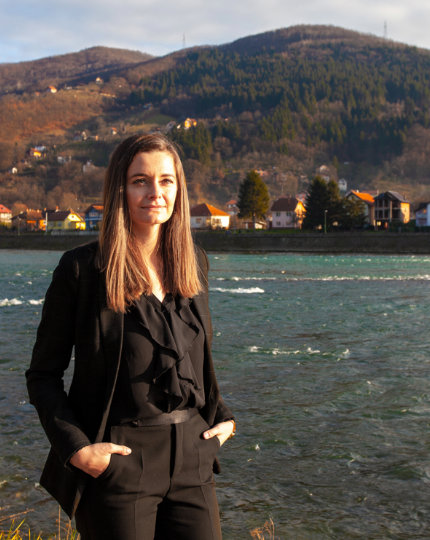 Related News
09/10/2020
Adalet Budak Akbaş: Changing the rules so that women and girls in Turkey can thrive with an education
18/11/2019
I am Generation Equality: “I am a child born out of wartime rape”
10/12/2020
Ana Šaćipović: Building a bridge between two worlds
07/04/2020
Aida Loshaj: A medical researcher from Kosovo hoping to discover cure for an evasive autoimmune disease
06/04/2020
Bahar Toksoy Guidetti: From a successful career in Turkish volleyball to empowering girls through sport
END_OF_DOCUMENT_TOKEN_TO_BE_REPLACED