Pascale Baeriswyl: “Only through partnership can we bring real political commitment to gender equality” 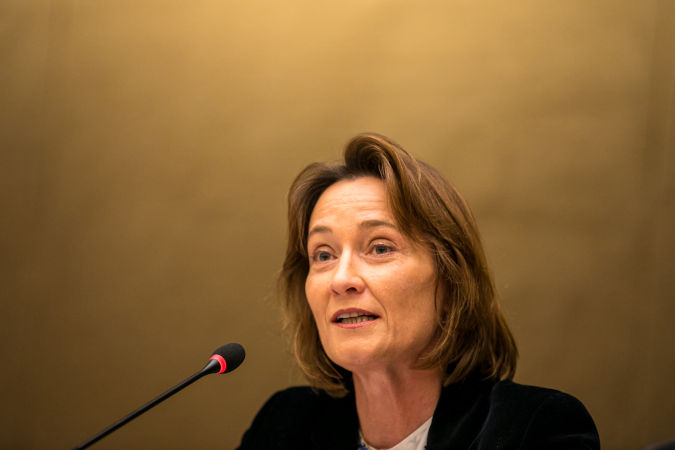 What priorities do you and the government of Switzerland want to address at the regional review meeting?

For this Regional Review Meeting, I would like to list three priorities: firstly, combating all forms of violence against women and girls. Switzerland has ratified the Council of Europe Convention on preventing and combating violence against women and domestic violence [also known as the Istanbul Convention], which entered into force in April 2018, so we really want to make progress in that field. A second priority, which is also of utmost importance to us, is the gender pay gap, and we have put in place, among other things, a self-test tool called ‘Logib’ which companies with at least 100 employees must use to find out whether they meet equal pay requirements. And last, but not least, we would like to see more political participation and more women represented in top political positions, but also in the private sector. We had major success in the recent election, where 42 percent of representatives elected to the lower house were women. We are proud to have made progress, and we will continue this work.

What are the key issues that you’d like to see solutions found for during this meeting?

I think the key issues for the meeting are the same as the key issues for Switzerland. Violence against women, equal pay for work of equal value and of course the fact that we need more women in top positions. The underrepresentation of women in decision-making positions results, among other things, from persisting gender stereotypes, so we need a change of attitude, and that is probably the most important root cause that this meeting should address.

During the past five years, what were the main drivers of success in the area of gender equality in your country?

I think it is important to mention that numerous women and men have had the courage to step up for gender equality and have been role models in different areas. Young people are following these examples and are taking to the streets to demand equality, both in the public and private spheres. We had a large demonstration on 14 June 2019, which brought forward gender issues and also helped to bring more women into Parliament.

Speaking about youth, what is your message to young people when it comes to promoting the women’s rights agenda?

Make your voice heard. Be courageous. Sometimes you have to take to the streets. And, maybe the most important message is: it is in our hands to shape the future; take this opportunity and help make this change happen.

Despite the success registered in the region, in your opinion, what were the major obstacles in pushing the agenda for gender equality?

The obstacles are the same as the factors for success – it is the people, leaders, who do not believe in equality, who reinforce perceptions of gender inequality. Those leaders who are pulling away from the equal rights of women and men are the main obstacles in the UNECE region. And, of course, there are still some laws which are discriminatory. But most of all it is the political leadership which doesn’t want to see progress.

Why do you think it is important to have this kind of event that brings civil society and government representatives together?

It is important to bring civil society and government representatives as well as the private sector together because only through inclusive partnership can we bring change. Only through dialogue, can you trigger new ideas and bring real political commitment to gender equality. With regard to gender equality, all stakeholders need to be around the table; and all stakeholders need to work together to make change a reality.

Related News
11/12/2019
Ask an activist: How should women’s rights activists follow up with the Beijing+25 Regional Review Meeting?
11/12/2019
In the words of Sehnaz Kiymaz Bahceci: “Women and LGBTIQ individuals need governments that stand up behind their commitments”
11/12/2019
In the words of Pip Gardner: “Young people need to have a seat at the table”
31/10/2019
Member States and gender advocates call for urgent and effective measures to accelerate gender equality
21/10/2019
Leaders to take stock of progress on gender equality at Beijing+25 regional review meeting
END_OF_DOCUMENT_TOKEN_TO_BE_REPLACED