Take Five: “It was my job to scream for the victims!” 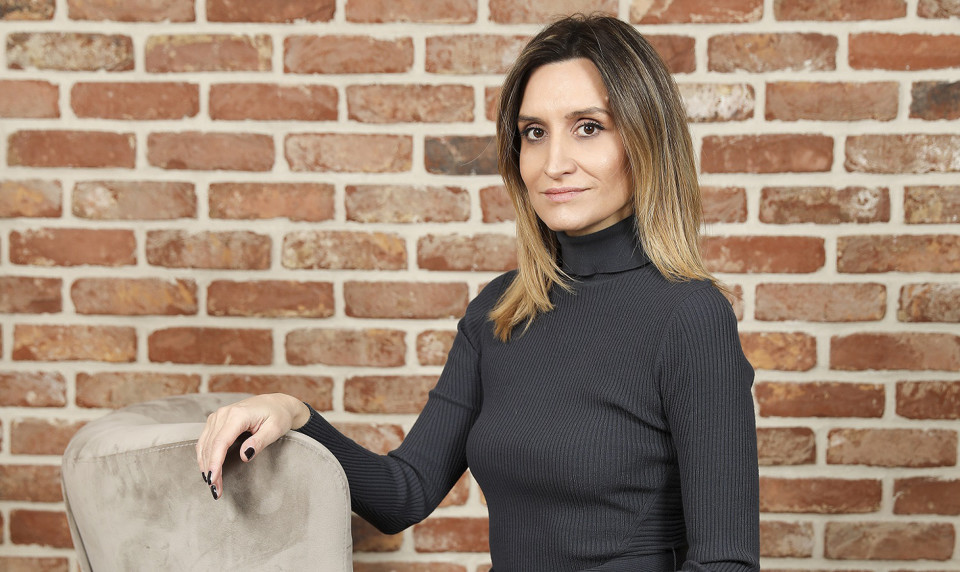 Ivana Mastilović Jasnić, a journalist from the daily Serbian newspaper “Blic”, was the first to report the sexual harassment of Marija Lukić by her employer, former mayor of the Serbian municipality of Brus, Milutin Jeličić Jutka. She also broke the story of rape and sexual harassment accusations by actress Milena Radulović and others against their acting instructor, Miroslav Aleksić. These stories sparked similar confessions by many other women in Serbia and across the Balkans, igniting a regional #MeToo movement. Mastilović Jasnić speaks to UN Women about the impact her reporting and this movement have had on public perceptions of sexual harassment. She worked with UN Women in Serbia to deliver a series of trainings for journalists on the ethical reporting of violence against women and femicide, under the “Improved safety of women in Serbia” project funded by the Norwegian Embassy in Belgrade.

Have public attitudes changed towards sexual harassment since the cases that started the Balkans’ #MeToo movement?

The "Jutka" and "Aleksić" cases revealed other stories and encouraged other women to come forward and say out loud "I was raped!" or "I was abused!” Their courage occasioned tectonic changes in society. Marija and Milena were the first and that is their significance and historic role. Things may not have changed much, but they are changing, and that process is unstoppable. All those who went public with their names and surnames, but also those who gave me their confessions anonymously, are heroines who created a better environment for all girls, but also made every perpetrator aware that women will no longer be silent!

What were the biggest challenges in reporting on these topics, and how did you overcome them?

In the "Jutka" case, the biggest challenge was to protect victims living in small communities, close to the perpetrator. These women have suffered terrible threats, pressure and insults for months. I knew I couldn’t give up writing because it would be hell for the women who reported him. In that case, the story would be covered up, and the court process would be delayed until it surpassed the statute of limitations. It was my job to scream for the victims! And I screamed until Jutka served his prison sentence. In the case of young actresses, my biggest challenge was talking to them without further hurting them. I tried very hard not to hurt them and I think I succeeded.

When talking about sexual harassment and femicide, why do narratives so often blame the victim?

We live in a conservative society, and that is seen especially in less developed regions. [We hear:] ‘Women are whores, sluts, prostitutes; they provoked and they dressed inappropriately...’ However, while working on these two stories, I noticed changes that pleasantly surprised me. I talked to fathers who stood firmly behind their daughters, to husbands who supported their wives to speak publicly about the abuse, and to brothers who did not question their sisters’ words! The victim cannot be held responsible! A girl who unconditionally trusted a teacher with whom she grew up with cannot be held guilty when the same teacher rapes her. There is no justification, no argument that would diminish this horrible crime!

What is the media’s responsibility in changing this narrative?

The role of the media is very crucial! It is important not to cross the line in reporting, not to further endanger the privacy of victims. But it is also important to write and report to make the public aware. Space should not be given to irrelevant people and to those not sensitized to the topic. But the most important thing is to support the victims.

Jutka served a three-month prison sentence, while the Aleksić case is still in the judicial process. You were sued by both. How do you deal with those consequences?

It is painful for me to go through court trials. On the other hand, it is easy for me, because "Blic" is a big media outlet, and it supports me 100 per cent. My job is just to write, to research, to stick to the facts. However, imagine what it’s like for colleagues that work for smaller local media outlets that are not so financially stable? That is why something needs to change to protect all journalists who do their job professionally.

Related News
25/11/2015
Orange the World to End Violence against Women
27/11/2019
North Macedonia kicks off 16 Days of Activism
27/11/2019
Tajikistan goes orange during 16 Days of Activism
22/05/2017
Call for Proposals: Support the establishment and strengthening of regional platforms of civil society organizations
22/05/2017
Call for Proposals: Regional Forum for the Promotion and Monitoring Progress of the Implementation of Istanbul Convention in Western Balkans and Turkey
END_OF_DOCUMENT_TOKEN_TO_BE_REPLACED