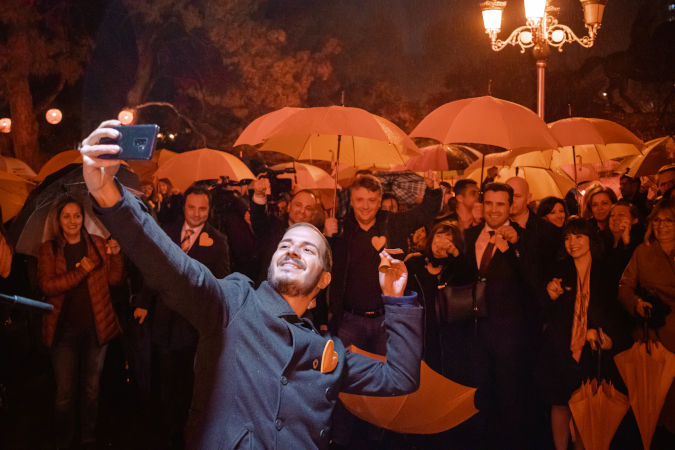 To mark the opening of 16 Days of Activism, the Government of North Macedonia, the Delegation of the EU, the OSCE Mission to Skopje, UN agencies and civil society organizations have joined forces. Photo: UN in North Macedonia.

The Government of North Macedonia, the Delegation of the EU, the OSCE Mission to Skopje, UN agencies and civil society organizations have joined forces to mark the beginning of 16 Days of Activism against Gender-based Violence campaign with an influential launch event on 25 November, which took place at the park of the Woman Fighter in Skopje, the capital.

The campaign in North Macedonia encompasses a series of initiatives, including debates and workshops, and a nation-wide social media campaign engaging the youth under the slogan, “#NoJustification – together we fight violence against women and girls”.

“We may hear numerous reasons for the violence that has been committed, but none of the reasons can be enough to justify any kind of violence. It is a good thing that we are all together in this campaign against violence against women and girls because only by being together and working in coordination we can recognize and oppose violence against women and girls, as socially responsible beings and as a society and a state,” said Prime Minister Zoran Zaev, speaking at the launch of the campaign. 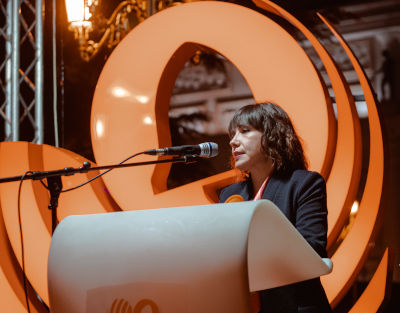 The Minister of Labour and Social Policy, Mila Carovska, who has been a strong gender advocate over many years, has noted: “Violence against women, hate speech and prejudges are still prevalent in the country. It is our priority to secure protection and support for every woman and girl. It is our fight to eradicate violence once and for all.”

“According to the Istanbul convention, three sexual violence referral centres are already opened in the frames of the University Clinic of Gynecology and Obstetrics in Skopje, and in hospitals in Tetovo and Kumanovo,” said the Minister of Health, Venko Filipche. Ambassador of the EU in the country, Samuel Zbogar, also noted that the opening of these centres is of great importance: “I congratulate North Macedonia for the opening of these centres, and for all the work undertaken for the implementation of the Istanbul Convention.” 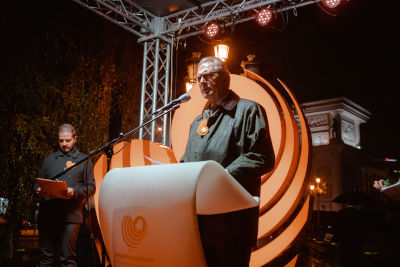 The Mayor of Skopje, Petre Shilegov, informed the audience about the First Family Centre of the City of Skopje, run by NGO HERA, which is supported by the City of Skopje. The Centre represents a counselling place for women in the areas of prevention and protection of domestic violence, and offers free legal aid.

The UN Resident Coordinator, Rossana Duzdiak, stated that everybody should contribute to the elimination of violence against women and girls: “We can start by recognizing what is going on. if something is seen, something needs to be done. Give voice to those ones who usually are silent because they feel ashamed. Together we can end the silence. Together we can fight violence against women and girls. Because, simply, there is no justification for violence.”

Related News
08/12/2022
In the words of Mrika Nikçi: “Even though he left me with trauma, I know I am strong enough to overcome it.”
25/11/2015
Orange the World to End Violence against Women
02/02/2023
Interview: “Social norms are the hardest to change when it comes to sexual violence”
05/09/2022
Interview: “Our society doesn’t talk about sexual violence. We need to break the strong taboos associated with sexual violence.”
15/11/2021
Take Five: “It was my job to scream for the victims!”
END_OF_DOCUMENT_TOKEN_TO_BE_REPLACED