Op-ed: What does energy poverty mean for women? 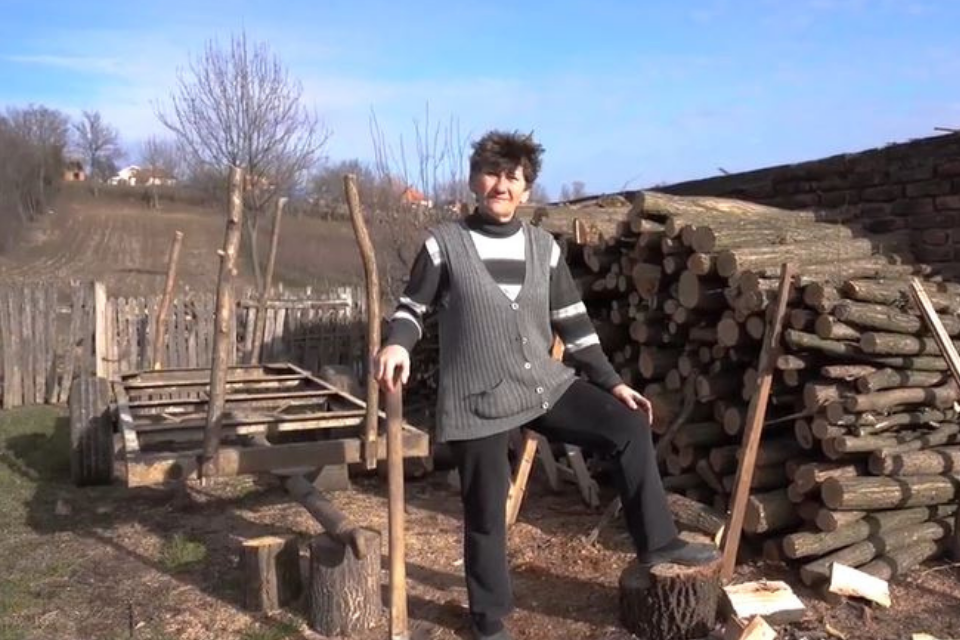 Zora Dimitrijevic from the village of Dubona, near Belgrade, Serbia. Photo: Momira Markovic.

Zora Dimitrijevic used to have to use at least two carts of wood to heat her home in the village of Dubona, near Belgrade, but it was still cold. She recently recycled her old stove and used the savings to buy a new one that heats up better, makes coffee faster, creates less smoke and consumes less wood.

The new stove has also saved Zora significant physical work and time previously spent on providing heat. This leaves her more time to spend with her family, learn and even just breathe better inside her house. For all these reasons, she has now become a vocal advocate for the energy transition in her local community, insisting that it needs to be a “Womenergy” transition.

“It’s us women who use the stove. This is why women should have their say on everything in the house,” she asserts.

Zora is one of many women in Serbia and across the world affected by energy poverty. Women invest significant time and physical effort and often give up other needs to provide enough energy for the household.

The recently adopted Serbian law on energy efficiency has defined energy poverty as the simultaneous existence of low incomes, low energy efficiency and a high share of energy costs. In Serbia, energy poverty is also often associated with poor air quality in houses and insufficient heating. According to the latest data, in 2019 7% of households in the European Union (EU-27) had difficulty keeping their homes adequately warm, while this was the case for 9.9% of Serbian households.

Like any other deprivation, energy poverty hits the most vulnerable hardest. And we know that these are mostly women. Women are the main consumers of energy in the household, as social norms have saddled them with the responsibility for chores such as cooking, washing and cleaning. Due to their lower incomes, women are at a greater risk of energy poverty. Women’s economic inactivity rate in Serbia is 13.6% higher than that of men. So, women have the least resources to afford energy and the greatest need to save it.

Beyond the time and physical burden, meeting energy needs in the household also increases women’s care burdens, which are already high. According to UN Women research with the Coordination Body for Gender Equality, women do twice as much unpaid care work as men in Serbia.

Energy inefficiency and pollution also have a detrimental effect on women’s health. According to the World Health Organization, household air pollution is responsible for 4 million premature deaths annually around the world.

UN Women Serbia has recognized the importance of introducing a gender perspective in the field of energy and has taken a lead with its partners from the Serbian Government, European Union and the RES Foundation.

One of our first initiatives was a survey on gender perspectives in the field of energy poverty, carried out by end 2020 with a sample of 1200 women and men in households. The respondents wanted the Government to invest in energy efficiency, to reduce pollution, increase comfort in the home and contribute to gender equality. It found that 10 times more women than men complained about the quality of heating in their household. And more women than men stated that they use household appliances (washing machine, vacuum cleaner, stove, etc.) at times of the day when electricity is cheaper in order to limit their energy costs (55% of women versus 43% of men). At the same time, 40.3% of women and 32.2% of men said they were not at all aware of energy efficiency measures they could take.

Given these findings, it is important to switch the dynamic and turn the challenges women largely face into opportunities. We cannot develop energy solutions without the main energy consumers, who take care of the household.

Women are often key actors and drivers of change and can influence the behaviour of the family, community and entire future generations, on energy use and other environmental activities. For example, a UN Women household waste survey from 2018 showed that women are more willing than men to change their daily patterns and can educate other family members when it comes to using energy. Knowing that women are key protagonists of change in making the switch to low-carbon energy, they need to be equipped with the knowledge, skills and financing to implement such measures.

Moreover, bringing gender equality to energy policy is necessary in order to realize the 2030 Agenda for Sustainable Development. All energy poverty solutions need to ensure that we leave no one behind, that we prioritize women’s needs and interests and that we address women’s energy poverty and low income.

The Serbian Government, under the leadership of the Deputy Prime Minister and Minister of Energy and Mining, is taking leadership in adopting many solutions in the energy sector, dealing with energy poverty and sustainable development. By establishing a national coalition on energy poverty, led by the Ministry of Energy, and undertaking policy advocacy on the issue, the Serbian Government has become one of the leading governments in the region in recognizing and addressing gender gaps in energy poverty. Its definition of an ‘energy protection consumer’ includes gender, and the national gender strategy includes a targeted section on energy.

But it is important to turn all of these policy commitments into actions and results by providing women with the financing and opportunities to be part of the solution.

Access to affordable and clean energy for a just transition can only be achieved by tackling the root causes of energy poverty for women. Let’s ensure that more women like Zora can have the power to improve the quality of their lives and protect the environment in the process.

This op-ed has originally been published on the Serbian daily Politika.

Related News
25/08/2021
In the words of Jelena Mladenović: “The hardest part is to realize what could, in my article, benefit the victim and what could possibly harm her”
01/10/2019
In the words of Milesa Milinkovic: “We need to be supportive in activism for the rights of women with disabilities”
28/12/2021
Non-Violence Summit and Creating a Violence-free World exhibition held give visibility to gender-based violence in Gaziantep, Turkey
14/10/2021
Take Five: "Gender-responsive planning is a crucial success factor for improving the situation of rural women"
11/10/2021
In Serbia, girls are busting gender stereotypes in tech with their innovative ideas
END_OF_DOCUMENT_TOKEN_TO_BE_REPLACED