In the words of Milesa Milinkovic: “We need to be supportive in activism for the rights of women with disabilities” 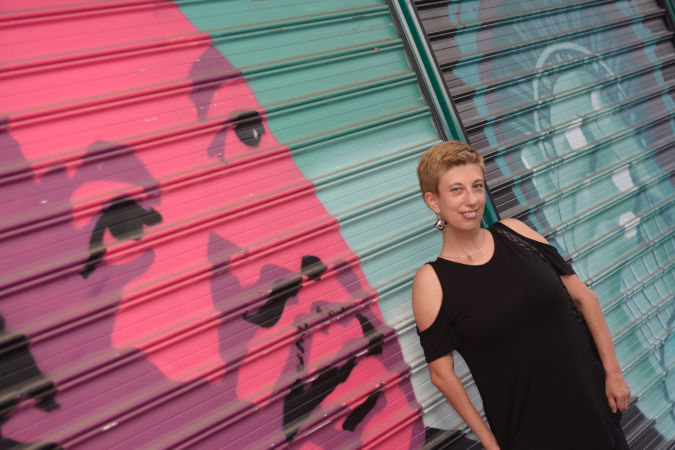 That’s why we like to call our Seize the Film Festival, a “festival that changes perspective.” We show the potential of women with disabilities, and their challenges, and through our Film Caravan, we spread the Festival and its messages throughout Serbia.

Pregnant women in Serbia face pressure to have expensive prenatal analysis and to abort babies with disabilities, even though they may not want to. We are trying to send the message that the life of people with disabilities is not a priori an unhappy one, and that quality of life does not depend necessarily on the disability but on the social system. The Festival is also significant because we provide knowledge and support to mothers of children with disabilities.

After observing young activists with disabilities, I believe that they are not fully aware of what human rights and equality really mean. Generally speaking, in Serbia we are grateful if we have basic human rights and if our basic life needs are satisfied. But there is more to life than that: Individuals and the state must do more! We need to be supportive and united in activism for the rights of women with disabilities, pushing for laws and conventions that guarantee equal opportunity for everyone are enacted and followed and regulations adopted.

Because Serbia is a deeply rooted patriarchal society and full equality is missing, we need mechanisms to ensure that women in every field are protected and supported.

At the end of the day, individuals make up the state and society. Their personal beliefs and prejudices affect which regulations and laws are enacted and carried out and how much they’re applied. Through education and the media, attitudes about equality can change.

That’s why I hope that next year’s Beijing +25 Regional Review in Geneva will shed more light on women with disabilities.”

Related News
11/10/2019
Ask an activist: What is your message to the new generation of women and men activists?
03/10/2019
North Macedonia hosts third sub-regional consultation on 25 years of commitments to gender equality
23/02/2016
Serbia adopts National Strategy for Gender Equality
28/12/2021
Non-Violence Summit and Creating a Violence-free World exhibition held give visibility to gender-based violence in Gaziantep, Turkey
18/10/2021
Op-ed: What does energy poverty mean for women?
END_OF_DOCUMENT_TOKEN_TO_BE_REPLACED