In the words of Sibel Sultan Garip: “Giving a hand to other women and helping them to feel meaningful fulfils me”

Sibel Sultan Garip is from Syria. In March 2013, she moved to Gaziantep, a south-eastern city of Turkey which is densely populated with Syrians who have escaped the civil war in their country. The 24-year-old got married when she was only 16 years old. She now has three children. Up until visiting the Foundation for the Support of Women's Work (KEDV) in 2019, Garip had not been working and she was looking after her children. This made her feel that she was not reaching her potential and that she had no direction in life. Having been inspired by the Home to Home Solidarity Programme implemented by UN Women in partnership by KEDV, she decided to give her life a new direction. 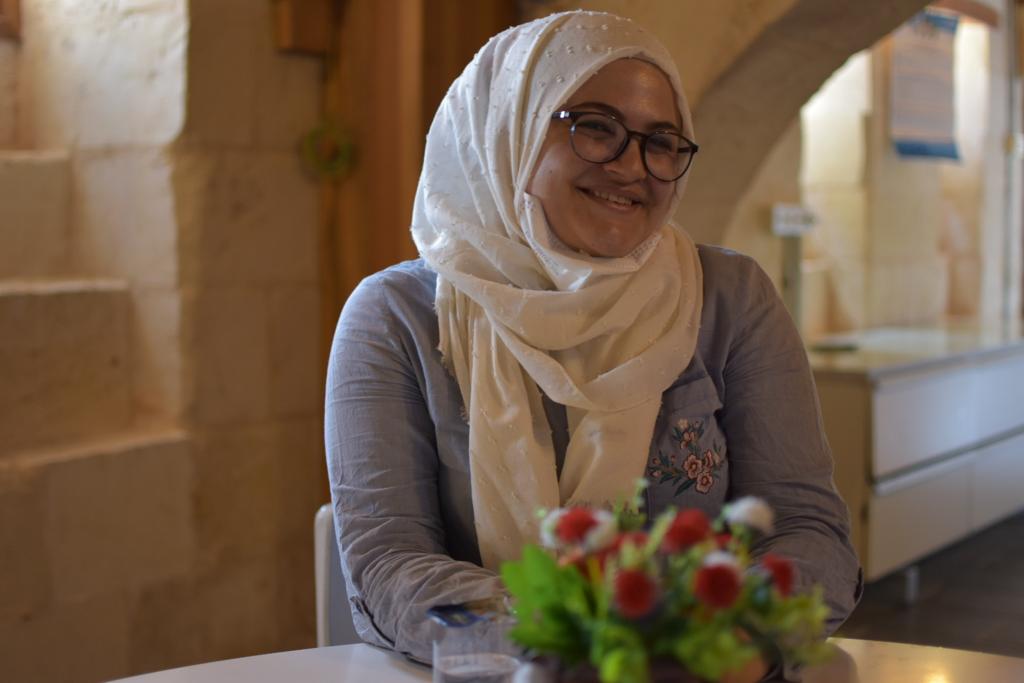 Sibel Sultan Garip is from Syria and has been living in Turkey since March 2013. She is proud of inspiring women as a leader in her community. Photo: UN Women/Duygu Saykan Ruso

At KEDV, I saw that women were benefitting from activities that help them learn new things that were different from childcare, which was the only thing that my life was about. Women were always helping each other to deal with various issues and I wanted to join their efforts. I started to participate in their activities voluntarily. About nine months later, I became a community leader through the training I received. Currently, I am a trained community leader and I am also studying early childhood education to take better charge of the playroom and kids.

Community leadership has allowed me to gain the respect of others. Before KEDV, life was all about taking care of my children. I am still looking after my children but I am now doing other meaningful things. For example, I can both look after my children and make a career, which before seemed like only other powerful women, with specific educational background, could do. While our children play and spend time here in safety, we organize our events, strengthen solidarity and grow together.

I want to remind other women that there are no obstacles in front of us. A woman can do whatever she wants. When we show love, respect and solidarity, we can overcome all the

obstacles. I want to let women know that communication is very important. If they have a problem, we can fix it, as long as we communicate.

For me to be able to speak Turkish is a great thing because language is such an important tool to overcome barriers. My language skills helped me build better relationships with local women and it contributed to building social cohesion between us.

The fact that I have my husband’s support makes me feel relieved because I do not want to be a woman who is only looking after her children. Although I greatly care about my children, I do not regard childcare as the most important responsibility of a woman.”

Related News
22/09/2021
In the words of: “It takes time for a refugee to understand the world outside their home, but it is possible to feel safe and have hope for the future”
22/09/2021
From Where I Stand: “I wish to go back to Syria when the war ends as a new, transformed person”
08/09/2021
Roma, Ashkali and Egyptian communities in Kosovo tackle a centuries-old harmful phenomenon
31/08/2021
In the words of Minevver Tuvarlak: “The leadership within my blood came along by being in solidarity with other women”
19/06/2019
Compelled and empowered, Syrian refugees changing traditional gender norms
END_OF_DOCUMENT_TOKEN_TO_BE_REPLACED