A UN Women “door-to-door” awareness-raising campaign on the issue of child, early and forced marriages, funded by the European Union, has reached around 2000 people in five municipalities in Kosovo*. 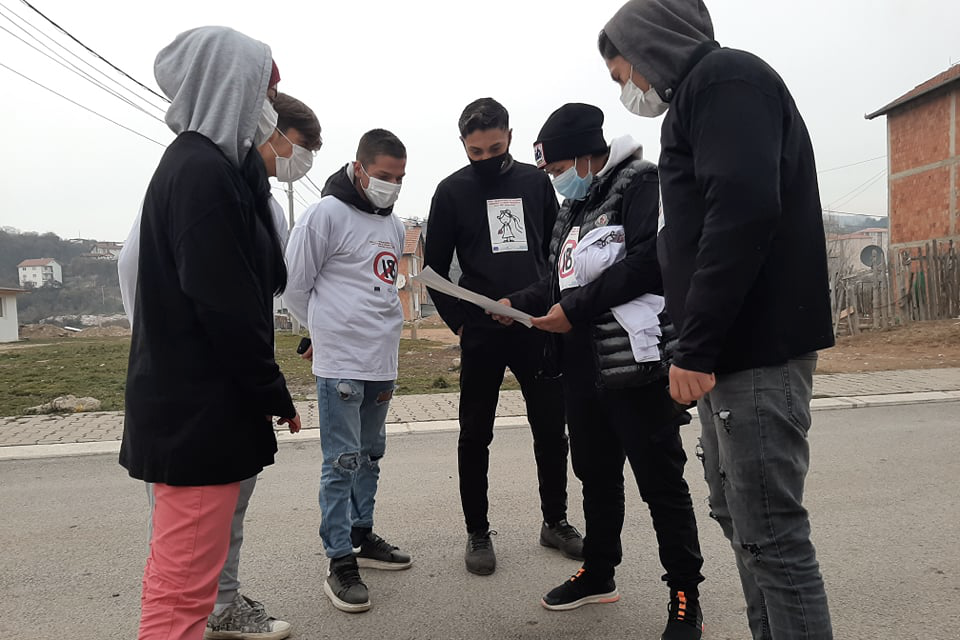 A “door-to-door” awareness-raising campaign on the issue of early marriages reached around 2000 people from minority communities in five municipalities in Kosovo. Photo: NRAEWOK

Sadete Gashjani is a 30-year-old Roma woman activist who has been breaking gender barriers in her family from a young age, ever since she refused to get married and decided to get a driver’s license, despite her family’s objections. Throughout her young life, she struggled to make her voice heard. Nevertheless, she completed her education and got employed. Today, she is a role model in her Roma community in Mitrovica municipality, a city in northern Kosovo, and became one of the ten volunteers who met with families to discuss the risks and dangers of child, early and forced marriages for young girls.

“At first, family members reacted negatively. In some cases, they expelled me from their houses, stating that she was not my daughter and that I had no right to get involved. The young women were also skeptical. But as time passed, families started to become more aware. Now, they open their doors to me without hesitation, and we have conversations for hours about the risks of early marriages,” says Gashjani.

Child, early and forced marriages, one of the most serious forms of gender-based violence and a human rights violation, continues to be present in the Roma, Ashkali and Egyptian communities in Kosovo, although most cases go unreported. To raise awareness on the issue and the available legal measures, the Network of Roma, Ashkali and Egyptian Women’s Organizations in Kosovo (NRAEWOK) conducted a door-to-door awareness-raising campaign within UN Women’s regional programme on ending violence against women “Implementing Norms, Changing Minds,” funded by the European Union.

The organization selected young women and men from the Roma, Ashkali and Egyptian communities to volunteer and serve as role models toward changing perceptions on early marriages and the importance of education for girls. The volunteers attended a two-day training on topics related to gender equality, child, early and forced marriages, and gender discrimination in compliance with the relevant legal framework as well as CEDAW and the Istanbul Convention.

During the campaign, the volunteers – six women and four men – distributed leaflets and posters and wore t-shirts with messages against early marriage and gender discrimination. They also met with 450 families to discuss the dangers of early marriage, which have been exacerbated by the COVID-19 pandemic, as it has worsened the socio-economic situation of families from these communities and put young women and girls at higher risk of domestic violence.

“I believe that the most important success of this project is that men have started to change their attitudes towards women. Now, they are more aware and respectful of women’s rights. I am also happy to see that young women are changing their perceptions. They want to get an education and pursue their dreams instead of getting married as soon as possible,” says Gashjani.

Sadete Gashjani met Leta Berisha2 during a family discussion. “I was married at 15, and I have a six-year-old son and three-year-old daughter. My husband does not care about us. Thanks to our discussion with Sadete, I now know the consequences of what happens when you get married early and will be able to pass on this knowledge to my children and friends,” says Leta Berisha. 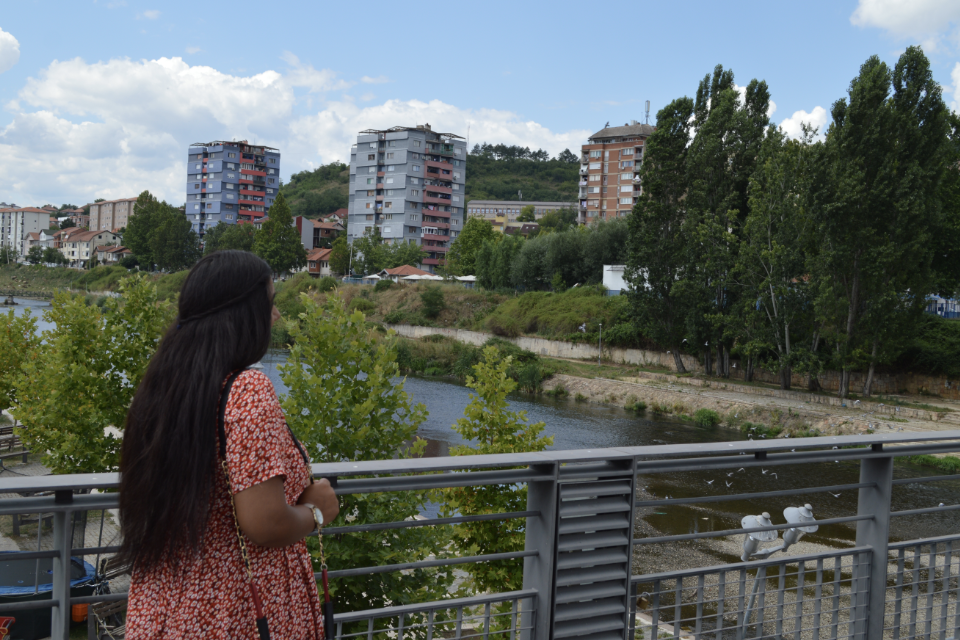 Through the campaign discussions, Leta who was married at an early age, now knows the consequences of early marriage. Credit: UN Women

Ergit Qeli is a 35-years-old volunteer from the Egyptian community in Gjakova, a city in western Kosovo, who holds a master’s degree in emergency management. He started volunteering because he cares about his community and believes that the society should work towards changing harmful perceptions toward women and girls. “In our community, people still think young women only deserve to complete primary school. It is very sad to see that some parents cannot wait to have their daughter married. As per the tradition of arranged marriage, a young woman is considered worthless if there is no reward given to her family for the marriage,” Qeli says.

Naxhije Beqiri is a 56-year-old woman from the Egyptian community who divorced from her husband. She lives with her extended family and met Qeli through the door-to-door campaign. “I truly regret getting married at such an early age. If I could send a message, I would tell all young women not to get married until they are 27-30 years old and to invest in their education,” says Naxhie Beqiri.

Xhulieta Devolli, Programme Manager at NRAEWOK, highlights that the success of this campaign, conducted from July 2018 to December 2020, lies in the fact that families were willing to open their doors to volunteers and were ready to discuss highly sensitive topics such as early marriage. As a result of these discussions, many family members participated in ‘family conferences,’ held in community centers, where they learned about the roles and responsibilities of the institutions that deal with early marriage.

“We learned how to approach families in these communities and how to start discussions about this harmful phenomenon, which has been present for centuries. We learned that having volunteers who the families know or who are from their communities helped families feel comfortable to discuss the issue, although their thoughts and attitudes were often extremely unfavorable for women and girls. We have also established relations with institutions and organizations working on early marriage, and we aim to continue changing these harmful attitudes towards women by replicating this door-to-door campaign,” says Devolli.

*For the European Union, this designation is without prejudice to positions on status, and is in line with UNSCR 1244/1999 and the ICJ Opinion on the Kosovo declaration of independence. For UN Women, references to Kosovo shall be understood to be in the context of UN Security Council Resolution 1244 (1999).

Related News
30/09/2021
‘Tent Chats’ empower rural women to address early marriage
22/09/2021
In the words of: “It takes time for a refugee to understand the world outside their home, but it is possible to feel safe and have hope for the future”
31/08/2021
In the words of Sibel Sultan Garip: “Giving a hand to other women and helping them to feel meaningful fulfils me”
19/06/2019
Compelled and empowered, Syrian refugees changing traditional gender norms
29/02/2016
International Women's Day 2016
END_OF_DOCUMENT_TOKEN_TO_BE_REPLACED