In the words of Lebibe Topalli: “Women and men should be allies in achieving gender equality and equal rights for everyone.”

Lebibe Topalli is a 39-year-old artist from the city of Ferizaj, Kosovo.[1] An established artist, Lebibe received the Artist of the year award from the municipality of Ferizaj. She is also the director of the well-known Mural Fest, which has transformed the city of Ferizaj into the City of Murals, bringing together hundreds of renowned artists from around the world every year. Jointly with her team, mostly young women, she has produced more than a hundred murals in her city. Lebibe joins the UN Women regional initiative Mural Artivism: Breaking the walls of gender inequality with her piece ‘What you sow, you reap’. Through her participation, Lebibe aims to raise awareness on women’s property and land rights and calls for the involvement of more men as allies towards achieving gender equality. 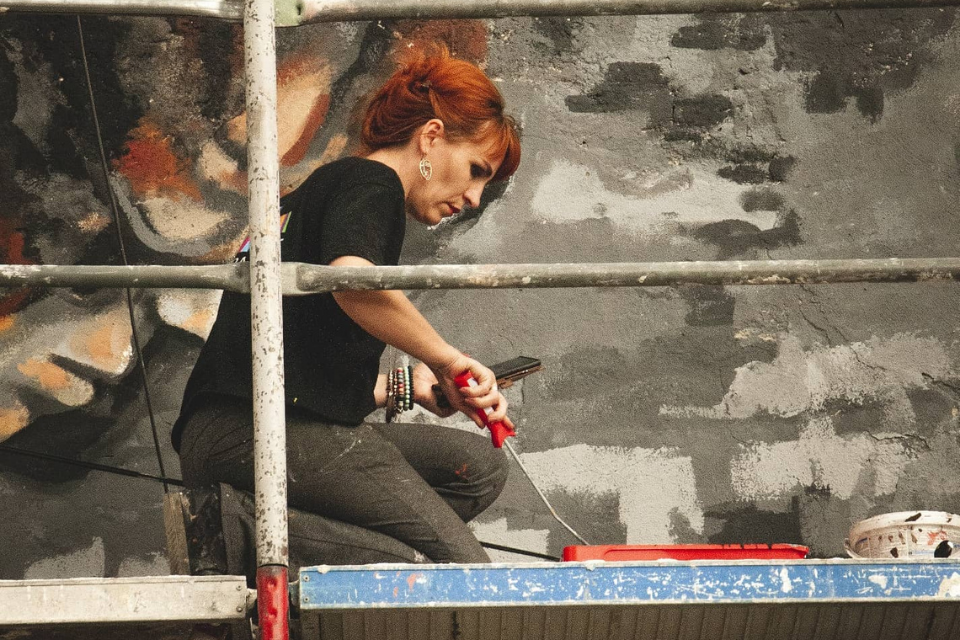 Artist Lebibe Topalli in the process of painting her mural “What you sow, you reap” in the municipality of Ferizaj, Kosovo. Photo: Donit Avdyli / Mural Fest

“I come from the municipality of Ferizaj, a city in south-east Kosovo. From an early age, art has been my passion, but I never thought that it would be my profession. During the conflict in Kosovo, I was a refugee in Turkey, where I spent a lot of time painting. Art has healing power, and it helped me overcome the complex emotional state I was going through. Since then, I have used the power of art as therapy. In the 2000s, for a young woman in a small town, there was no space for any personal development and standing up against social injustices. I wanted to find a way where I could not only express myself but also contribute towards raising awareness on social issues. So, I started painting in public spaces. 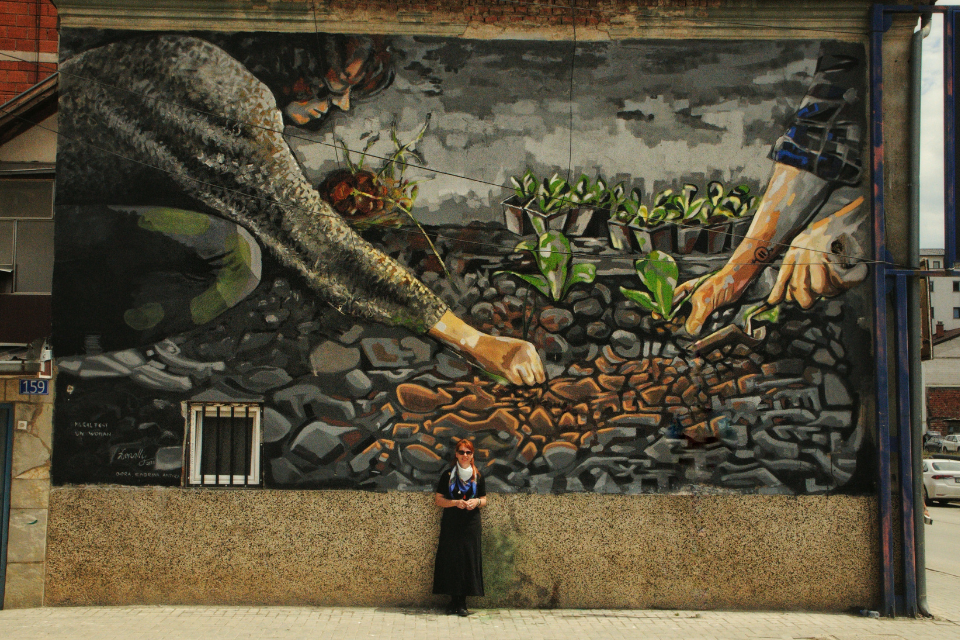 Lebibe Topalli, in front of her mural “What you sow, you reap” as part of the UN Women regional initiative Mural Artivism; breaking the walls of gender inequality. Photo: Donit Avdyli / Mural Fest

Unfortunately, our citizens are not significantly exposed to art. In the absence of galleries and the misconception that art is costly, citizens have little access to the various kinds of art that excites their senses.

I am very committed to using my art to advance gender equality. I was delighted when I was approached by UN Women for the Mural Artivism initiative and accepted the invitation without hesitation. My first ever murals dealt with women’s rights and how women and men should be treated equally, including in the field of public art.

For this initiative, together with my young women apprentices, we have painted the ‘What you sow, you reap’ mural. We worked tirelessly and put a lot of thought into this mural. It was crucial for us to integrate the role of men into the piece. Women and men should be allies in achieving gender equality and equal rights for everyone. This is a guiding principle in all my work as an artist. Besides recognizing the role of women in the economy and calling for the recognition of property rights for women and girls, this mural also calls for the inclusion of men in the fight for gender equality. In this fight, we are all together!

Future generations have a long way to go to make gender equality a reality and to lead the changes that our generation, or previous generations, tried to achieve. I have no doubt that young people will do a phenomenal job in this regard.”

Related News
15/03/2022
The Mountain Climber
10/11/2021
From Where I Stand: “When we do not give up, when women support each other, we can always succeed” says Hive director
11/10/2021
In Kosovo, gender-responsive budgeting raises hope for rural women
15/03/2021
Young women from non-majority communities join Acting President and UN Women to celebrate International Women’s Day in Kosovo
10/06/2019
Kosovo marks World Press Freedom Day by awarding first-ever prize for the best piece on women’s empowerment and leadership, supported by UN Women
END_OF_DOCUMENT_TOKEN_TO_BE_REPLACED