From Where I Stand: “When we do not give up, when women support each other, we can always succeed” says Hive director

Blerta Basholli is a filmmaker whose feature film “Hive”, a Sundance Festival triple winner, is now Kosovo official entry for the Oscars’ international feature category. Hive follows the true story of a woman from Kosovo who breaks barriers to become a successful entrepreneur. After her husband went missing during the armed conflict of the 1990s, she and other women widows from the village of Krusha established a cooperative to produce and sell the pepper-based condiment ajvar, and other local food products. Despite the hardships they experienced, they continued to support their families and contributed to post-conflict recovery and peace building efforts in their community. Today, this cooperative has a large market base and even exports internationally. UN Women spoke to Basholli about why she brought this inspiring story to screens around the world. 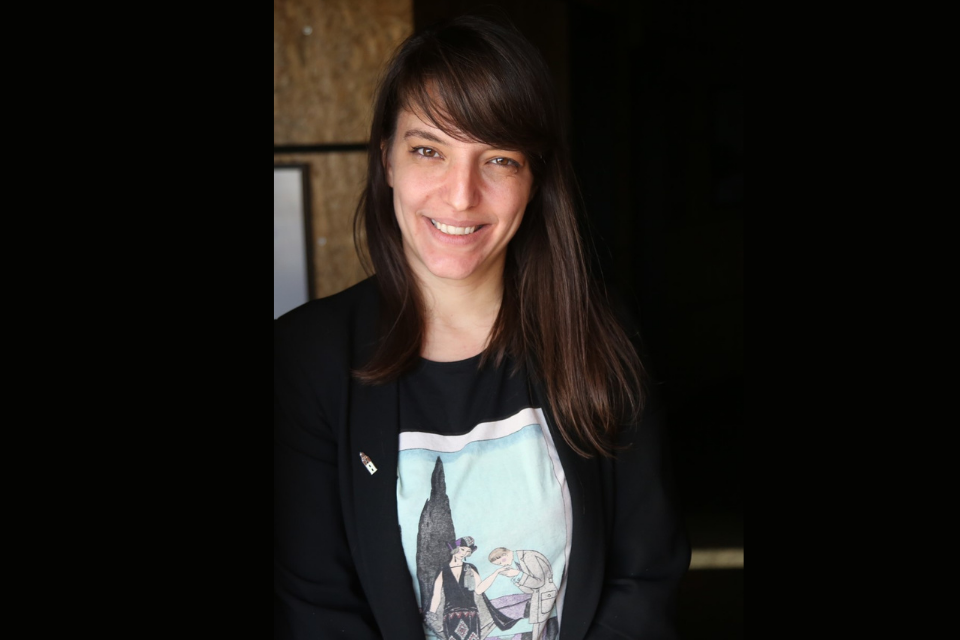 Blerta Basholli is a 38-year-old filmmaker from Kosovo who tackles gender and social issues through her movies. Photo: Alex Bloom

“Hive is the true story of Fahrije Hoti, a story about breaking gender stereotypes, a story of resistance and perseverance, and one of women’s empowerment. It was very important for me to show this in the movie. To me and the whole team, Hive became more than just a project, it became the voice of Fahrije and many other women of Kosovo[1]. It is our story.

Initially, when I heard Fahrije’s story, I was impressed. But when I met her, it was her personality and persistence that pushed me even more to show how strong of a woman Fahrije really is. I felt it was my duty to transmit this to a wider audience, because we need role models like her if we are to make a change. I firmly believe that this movie and Fahrije’s life story will empower, motivate and encourage women and men around the world, as it motivated me when I heard it for the first time. Throughout filming, I witnessed Fahrije’s strength. She is the easiest and most practical person I have ever met. She devoted all her time to us, even though this meant sharing her experiences of conflict, and the loss of her husband.

I was raised by strong women, like my mother and grandmother, for whom the option of giving up did not exist. But through this movie, the story of Fahrije and all the women of Krusha village confirmed that when we do not give up, when women support each other, we can always succeed. One of the most beautiful parts of this inspiring story, shown through Hive, is the message of women supporting women. Fahrije did not give up despite all the difficulties she encountered along the way. Every time she fell, she gathered the other women from the village, and they moved on together. Despite the harrowing experiences the women of Krusha village endured, despite their traumas, losing their husbands, they found a way to work together, support and protect each other.

They have worked together and today they are successful [as a result]. Today, they are really an invincible community. It was very important for me to transmit this message, because the stories of these women made me see first-hand what happens when women support women.”

Blerta Basholli is a 38-year-old filmmaker from Kosovo who tackles gender and social issues through her movies. She was educated in film directing at Kosovo’s Arts Academy of Prishtina, and subsequently earned a Master of Fine Arts in Film and Television at New York University. In August 2021, Basholli participated in a panel on empowering women filmmakers supported by UN Women at the Prishtina International Film Festival. By showcasing women’s empowerment through her movies, she is contributing to SDG 5 on gender equality. Meanwhile, her empowered portrayal of women during the Kosovo conflict promotes their role as peacebuilders for inclusive societies,contributing to SDG 16 on peace and justice.
Related News
10/06/2019
Kosovo marks World Press Freedom Day by awarding first-ever prize for the best piece on women’s empowerment and leadership, supported by UN Women
15/03/2022
The Mountain Climber
26/10/2021
MediaForShe Congress kicks-off a dialogue on gender equality with the media in Ukraine
19/10/2021
Turkish Women Olympians Make History
15/10/2021
Despite the pandemic, rural women in Kazakhstan launch their own businesses
END_OF_DOCUMENT_TOKEN_TO_BE_REPLACED