Take Five: “It’s hard to speak out when you believe no one is there to hear”

Bojana Jovanovska is a project coordinator at the Helsinki Committee for Human Rights (HCHR), one of the most active organizations in promoting the human rights of all vulnerable groups in North Macedonia. For the last five years, the organization has been a partner of the EU-UN Women regional programme “Ending violence against women in the Western Balkans and Turkey: Implementing Norms, Changing Minds”. Jovanovska spoke to UN Women on how, for the first time in history, thanks to HCHR support, two Roma women filed a complaint to the Committee on the Elimination of Discrimination against Women (CEDAW) after they were denied access to sexual and reproductive health services because of their ethnicity. 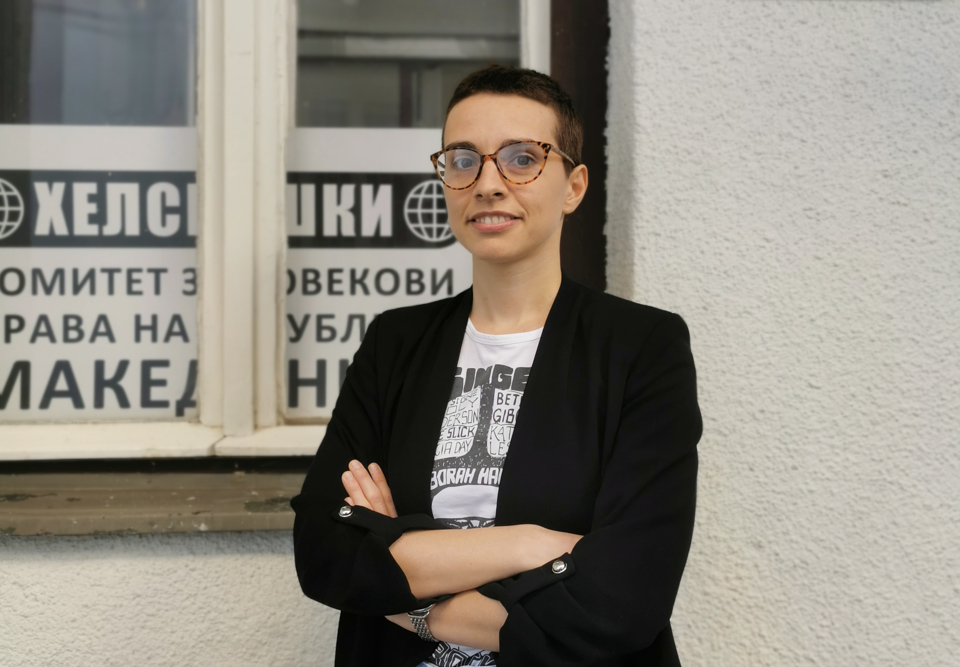 In 2019, HCHR supported two Roma women to file a complaint to CEDAW in relation to being denied access to sexual and reproductive health services. What actions did you take to support this effort?

Our aim as an organization is to improve the protection of women’s rights, especially for women in vulnerable settings, so we started identifying cases that could be submitted to the CEDAW Committee as individual complaints. First, we trained civil society organizations to use this mechanism and apply the standards of the Istanbul Convention. After the trainings, we identified and analyzed cases that met the conditions for initiating a procedure before the CEDAW Committee, and then we prepared and submitted the complaint.

The cases of the two Roma women were immediately identified as potential cases to be submitted, thanks to the representatives of the Health Education and Research Association (HERA). In cooperation with HERA and the Initiative of women from Shuto Orizari, and with the financial support of the European Union, the communication to the CEDAW Committee was submitted in May 2019.

What were the CEDAW Committee’s decision and recommendations on the case?

Soon after, in 2020, the CEDAW Committee declared that the Roma women’s rights hadn’t been protected, that they were discriminated against, and that a grave violation of their right to health had occurred. The decision of the CEDAW Committee is the first such decision against our country, which clearly recognizes discrimination against Roma women and the need for accessible sexual and reproductive health care. The decision determined the denial of access to gynecological services, notably refusal by a private health-care facility to register the women as patients based on their ethnicity, but also the lack of gynecological services in the area in which they live, as forms of discrimination against women.

According to the recommendations, the state should compensate these women for the material and moral damage suffered from the unequal access to regular gynecological services, but also ensure and provide free reproductive health services to Roma women who are facing discrimination and inhumane treatment – a step that would concern all relevant stakeholders, including service providers, policy makers and judiciary.

What will be your next steps as an organization, regarding the CEDAW recommendations?

Shortly after we received the decision by the CEDAW Committee, we submitted a proposal to the civil court for repetition of the procedure, again supported by all stakeholders that were involved in the initial process. One of our roles will be the continuous monitoring of the case within the national legal system and providing any necessary support, along with our partners. We will also regularly monitor the implementation of the CEDAW Committee’s recommendations for these cases and the concluding observations for the country. We will also provide input on the situation through shadow reporting.

How did the CEDAW Committee’s decision influence the everyday lives of Roma women and other women from vulnerable groups?

In general, Roma women are one of the most marginalized groups in our society and thus discriminated against in access to education, health services, employment, and many other spheres of social life. We expect this decision to contribute to breaking the cycle of discrimination, especially regarding their access to health services, and that our state will begin implementing the recommendations and working to tackle the systematic discrimination against Roma women in the country.

What would be your message to other vulnerable and marginalized women who have been subject to discrimination but haven’t spoken out?

From our experience working with vulnerable groups, especially women, it is extremely hard for them to get acknowledged and their cases to be brought to justice. Victims of discrimination are often stonewalled by institutions, which should protect them and ensure justice. It is hard to speak out when you believe no one is there to hear you. But that is what we are here for, to listen and to work together to give them their voice back.