Take five: “Equal representation and participation of women in all aspects of life is still a long way off in Turkey” 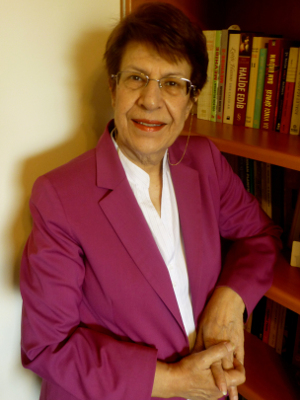 Sema Kendirci Uğurman is the Chair of the Turkish Women’s Union (TWU), the largest women’s association in Turkey. She is a member of the Turkish Executive Committee for the NGO Forum on the UN Convention on the Elimination of all forms of Discrimination against Women (CEDAW), which writes shadow reports for CEDAW on a regular basis. As part of the ‘Implementing Norms, Changing Minds’ regional programme, the TWU will partner with UN Women to strengthen the capacity of civil society groups to advocate for the development and implementation of laws in line with CEDAW and the Istanbul Convention.

The Turkish Women’s Union has been working on women’s issues for over 90 years. What would you say are the main achievements of the organization during this time?

The TWU was primarily founded to help women attain the right to elect and be elected. Women were granted the right to vote in local elections in 1930 and in national elections in 1934. During this period, the TWU organized the International Women’s Union meeting, bringing together approximately 500 women from 32 countries.

What are the remaining challenges?

Women are yet to attain equal representation and participation in all aspects of life and many of the barriers to equality remain. The most pressing issues are the lack of implementation of existing laws and a lack of an effective monitoring mechanism to hold institutions to account.

Turkey is a signatory of CEDAW and the Istanbul Convention; in your opinion, how can these legal instruments contribute to end violence against women?

Both of these Conventions, which have been ratified by Turkey, provide very important assurances in terms of legal rights. The liabilities bestowed on the party states by the Istanbul Convention, in particular, will ensure great strides towards preventing violence against women.

How do you see the role of government and state institutions in the implementation of these legal instruments?

The government and state institutions play a major role in eliminating violence against women because they have the power of enforcement and sanction. The implementation of the laws, a change in mind-sets and perspectives, and most importantly, the training of staff, can only be possible with the dedicated ownership of these institutions.

How do you plan to carry out the work for the regional programme, ‘Implementing norms, changing minds’?

One of the most important functions of international conventions is the obligation they place on party states to amend their laws to meet the requirements of the conventions. This has been, and will continue to be, one of the major areas of advocacy for the TWU. The aim of the current partnership with UN Women is to spread the know-how related to CEDAW, the Istanbul Convention and similar international agreements among NGOs working throughout Turkey, and establish a wider network with which to continue this advocacy. In order to achieve this aim, training materials are being prepared and a mapping of NGOs is being completed so that a wide range of NGOs can participate in the training meetings and in the preparation of shadow reports for both the Group of Experts on Action against Violence against Women and Domestic Violence (GREVİO) and CEDAW in the future.