In the words of Biljana Stepanov: “To help women stay safe, we are developing a mobile SOS app to report violence”

Biljana Stepanov is the director of Center for Support of Women (CSW) in Serbia, Board President of SOS Vojvodina Network, activist and worker in providing support for women who experience violence. Stepanov is talking about the challenges women faced in reporting violence during the state of emergency and how this prompted CSW and SOS Vojvodina to innovate to address the needs of women at risk of violence during the COVID-19 pandemic. Currently, they are developing a safe virtual platform for chat support with SOS services and a panic button, created under the UN Women regional programme “Ending violence against women in the Western Balkans and Turkey: Implementing Norms, Changing Minds,” funded by the European Union. 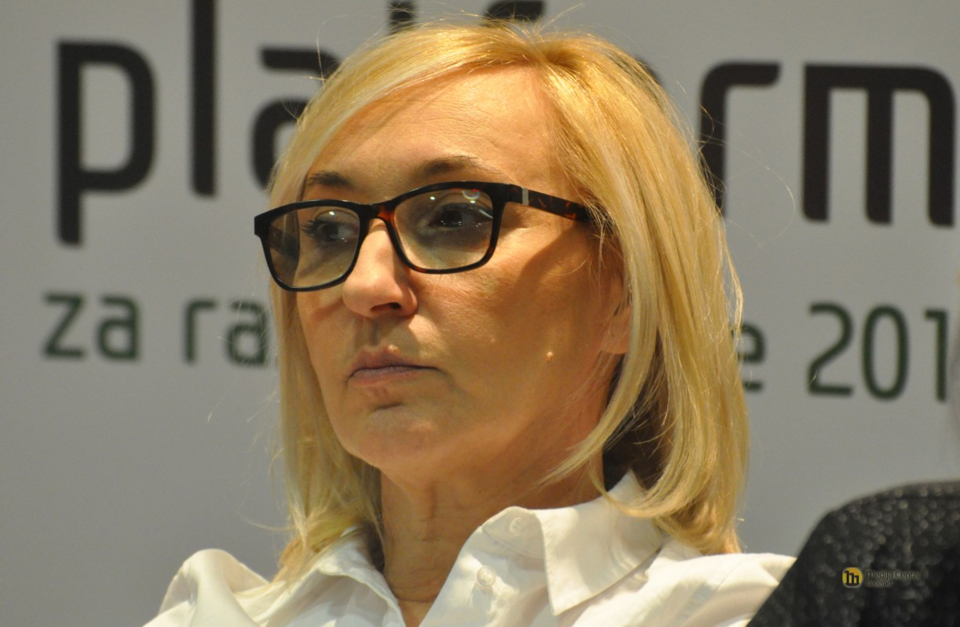 Biljana Stepanov, director of Center for Support of Women, Board President of SOS Vojvodina Network in Serbia. Photo by Medija centar Beograd.

When the state of emergency was declared [in Serbia] due to the COVID-19 pandemic, Centre for Support of Women continued to provide all services, adapting each service to the new reality and accompanying restrictions. The SOS telephone service number 0800101010, also the SOS Vojvodina Network number, was redirected to a mobile phone number and provided from home. But, as the fear of getting ill was predominant at the beginning of the crisis, violence within the family was neglected and often not reported. In addition, fear caused by the circumstances of complete control of everyday life, both by the state and by the perpetrators at home, was another reason why women did not report violence. As a result, we received a lower number of reports of violence for a period.

As time went on, and the pandemic seemed to be under control, women were able to focus on what was happening to them and began to report abusive behaviors within their families. Many women told us they reported violence because they were afraid that if something happened to them and their children got sick, there would be no one to take care of and nurture them.

Fear of reporting violence was also caused by the inadequate response of certain institutions when violence was reported. Some women were told to handle this by their own, to wait and report violence once the state of emergency was lifted, to keep silent and not provoke the perpetrator, and not to leave the house if violence occurs during curfew or they will be fined. Practically, all support for women fell to specialized women's organizations and services that were available through electronic communication channels. Women who didn’t have mobile phones or computers had no access, while women who had those devices have faced other types of challenges in reporting violence, like how to call and ask for help without the abuser noticing and how to send messages if their phones and social networks were controlled by abusers.

This is why, to help women stay safe, SOS Vojvodina Network and CSW have started developing a mobile SOS application for both Android and iOS operating systems to report violence. The app has several features and women can easily access the panic button to call for help or send a message. They can also get information on their rights, the obligations of institutions, available services of women's NGOs, and basic instructions on self-protection in case of physical attack."

Related News
07/12/2021
Take Five: “It is crucial to strengthen the capacities of institutions to provide online support to women survivors of violence”
16/11/2020
What happened after COVID-19: Serbia
01/06/2020
Women confront pandemic-related violence against women across Europe and Central Asia
02/05/2020
Take Five: “It is necessary to implement special measures to protect women and girls at risk of violence”
01/05/2020
Take five: “In times of pandemic, women with disabilities remain invisible”
END_OF_DOCUMENT_TOKEN_TO_BE_REPLACED