Take Five: “It is necessary to implement special measures to protect women and girls at risk of violence” 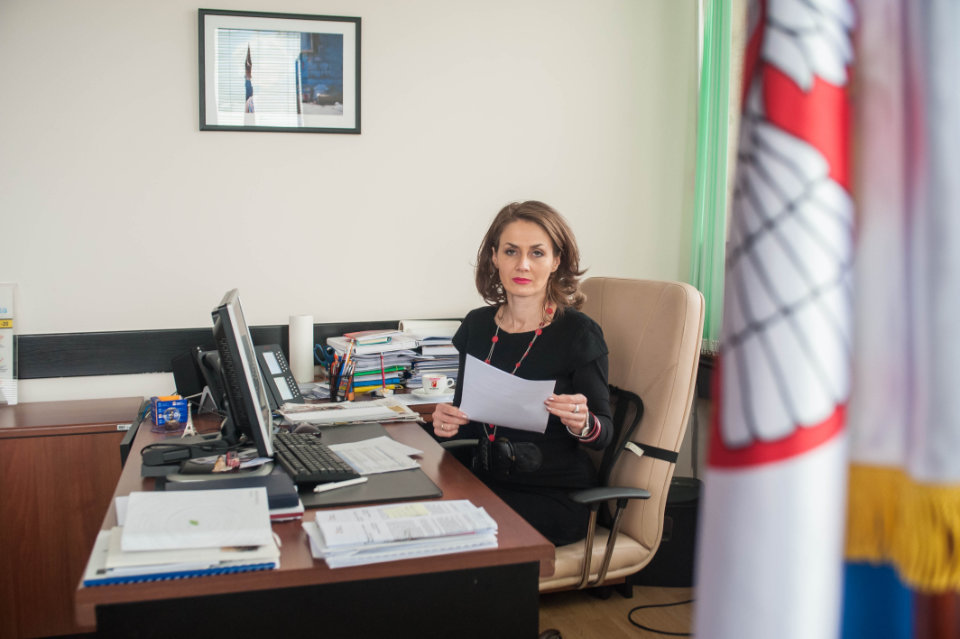 During the COVID-19 pandemic, women have been under increased risk of violence and exposed to inequalities in the fight against the pandemic. What can be done about this?

In times of crisis, such as the outbreak of a disease, women and girls may be exposed to higher risks of domestic and intimate partner violence because of increased tensions in the household, which are impossible to avoid because of various restrictions. Thus, it is necessary to implement special measures to protect women and girls at risk of violence and adjust them to changes in terms of the capacities of safe houses/shelters for women and children victims of violence. Also, as women represent 70 per cent of the workforce in the healthcare and social protection systems and are at a higher risk of exposure to the virus, it is necessary to pay special attention to their health-related and psycho-social needs. All these and other issues have been included in our recommended measures sent to the Serbian Government.

Sexual harassment, implicitly included in the earlier Anti-Discrimination Law as an act of discrimination based on personal characteristics and sex, is now explicitly defined as a form of discrimination, echoing the provisions of the Istanbul Convention and incriminating such behaviour. How was it defined and to what end?

The amendments to the Anti-Discrimination Law propose, among other things, to define sexual harassment as prohibited – in other words, to define it as a discriminatory form of behaviour, which was not explicitly provided in the existing law. The aim of the proposed provision is to prohibit any unwanted verbal, non-verbal or physical conduct of a sexual nature, with the purpose or effect of violating the dignity of a person, especially when creating an intimidating, hostile, degrading, humiliating, or offensive environment. This article also provides that parties shall take the necessary legislative measures and ensure that any such behaviour is subject to criminal or other legal sanction.

How many sexual harassment complaints do you receive annually, and what are the most common cases?

The Commissioner has received few complaints referring to sexual harassment. This year, there has been one complaint. Women’s fear, together with feelings of shame, is the main reason for non-reporting. We believe that this will change in the future as individual examples of reported and sanctioned cases will be an incentive for all women who have been exposed to sexual harassment.

Incitement to discrimination has also been proscribed in the Draft Law on Amendments to the Anti-Discrimination Law as a form of discrimination, which is certainly an advancement compared to the existing legal text. What does this mean in practice?

Will the powers of the Commissioner to establish and maintain cooperation national and international equality and human rights bodies improve the current situation and contribute to the efficiency of anti-discrimination efforts?

The Commissioner has already established mostly good-quality cooperation with the majority of government authorities, which find human rights as the foundation of a democratic society. Therefore, the amendments to the Anti-Discrimination Law related to the competences of our institution simply propose more precise definitions of cooperation that have already been established in practice. There are seldom and very few cases of authorities and institutions that do not comply with recommendations and thus demonstrate essential lack of understanding of the rule of law.

Related News
01/05/2020
Take five: “In times of pandemic, women with disabilities remain invisible”
13/04/2020
Take five: “After this pandemic, we will have to work much harder than before to improve Roma women’s lives”
07/12/2021
Take Five: “It is crucial to strengthen the capacities of institutions to provide online support to women survivors of violence”
26/02/2021
The European Commission and UN Women boost their partnership to address the rise in violence against women amid the pandemic in the Western Balkans
16/11/2020
What happened after COVID-19: Serbia
END_OF_DOCUMENT_TOKEN_TO_BE_REPLACED