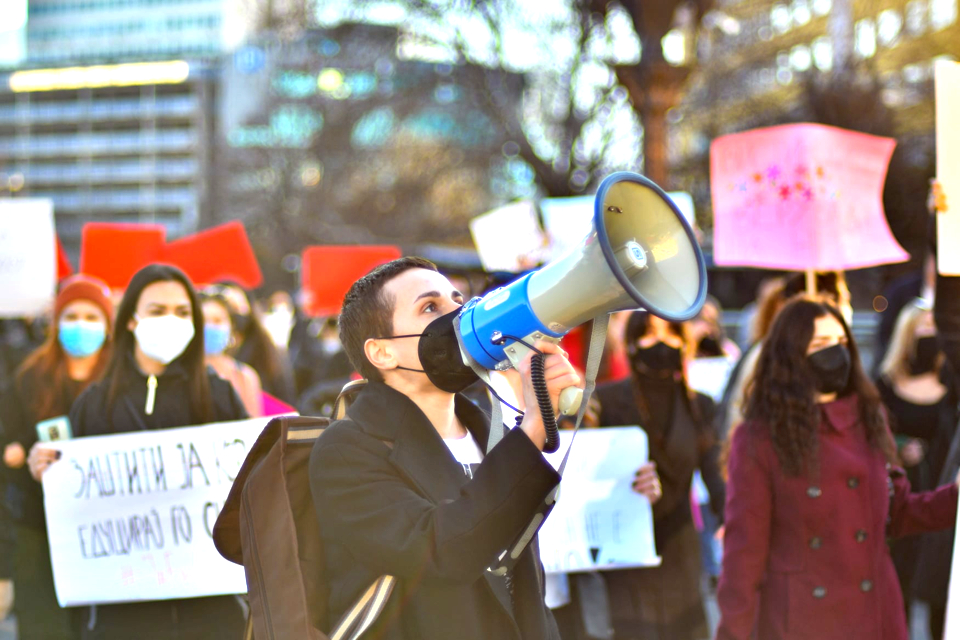 On the eve of International Women’s Day, the European Commission and UN Women take a strong step forward in their commitment to end the shadow pandemic of violence against women.

26 February 2021 - The European Commission and UN Women, joined by over 60 representatives from governments and civil society organizations, launched today a new component within the EU-funded UN Women regional programme “Ending violence against women in the Western Balkans and Turkey: Implementing Norms, Changing Minds,” to accelerate and strengthen the response to the surge in violence against women and girls amidst the pandemic in the Western Balkans.

“The COVID-19 pandemic has exacerbated gender inequalities. Domestic violence has increased due to the strict confinement measures. This why we have more than doubled our contribution to this programme, bringing it to €6,25 million. This EU funding is helping many women and girls in the Western Balkans and Turkey to access services such as shelters, legal aid and psychological counselling. Enhanced dialogue and cooperation between governments and civil society organizations is key to address the root causes of violence against women,” said Genoveva Ruiz Calavera, Director for Western Balkans, Directorate General for European Neighbourhood Policy and Enlargement Negotiations.

The additional funding to Phase II of the programme, which kicked off in March 2020, will address the gaps exacerbated by the COVID-19 pandemic in the area of general and specialist service provision for women and girls, such as shelters, legal aid and psychological counselling, as well as improving the effectiveness of support services in crisis situations.

The programme is also expected to address the economic vulnerabilities of women survivors and their societal reintegration. Additionally, more efforts will be dedicated to working with perpetrators of domestic violence to increase women’s and children’s safety and well-being by interrupting and preventing perpetrators’ violent behaviour. Improving the collection and analysis of data on femicides will be a key component of the programme to identify gaps in the intervention, criminal justice and criminal procedures systems.

Thanking the European Commission for its long-standing partnership with UN Women on ending violence against women and strengthening women’s rights organizations, Alia El-Yassir, UN Women Europe and Central Asia Regional Director, stated: “At a time when the world is at the tipping point of an economic downturn and investments are guarded, we need to emphasize that violence and the fear of violence create significant social and economic disruptions, not only for women, but for society at large.”

Zorana Dimitrijevic, Coordination Body for Gender Equality, Serbia, mentioned: “The pandemic taught us that home is not a safe place for everyone and this crisis needs to be approached with a gender perspective. The regional programme is a good platform for this, as we need joint efforts, collaboration and integrated response to address the problem of violence against women.”

Since the COVID-19 outbreak, the European Union and UN Women have collaborated with women’s rights organizations across the Western Balkans and Turkey and have kicked off 40 new partnerships to address the impact of the COVID-19 pandemic on the provision of specialist services for women survivors of violence. At the same time, 20,000 women survivors received better psychosocial and legal support, and 200,000 community members were mobilized to challenge violence and gender stereotypes. The EU-funded regional programme also trained 1,000 service providers to better meet survivors’ needs and worked with 300 representatives of institutions to commit to end violence against women. Check out the below video for more information.

Naim Qelaj, the ombudsman from Kosovo*, said: “Cooperation and coordination with organizations working with women has been very successful in times of pandemic. In this regard, Kosovo made steps towards aligning its normative framework and has adopted constitutional changes recognizing the Istanbul Convention in its legislation.”

Jasna Zečević, Director of the Association Vive žene from Bosnia and Herzegovina, said: “Although COVID-19 has absolutely made it difficult for all of us, especially the work of safe houses, the time of the pandemic has also shown that solidarity and commitment can help us overcome crisis situations. In this sense, the significance and impact of the support of the international community is immeasurable.”

The European Commission has partnered with UN Women since early 2017 to step up efforts to end violence against women in the Western Balkans and Turkey by supporting national governments and civil society organizations to jointly accelerate the prevention, protection and response to violence against women.

More information and regular updates on the regional programme can be found on the website.