Gupse Özay, 35, is a comedian, actress, screenwriter and film director in Istanbul, Turkey. While comedy and film have long been male-dominated, she followed her passion and wrote, played and directed her own movies. They have become a huge success. 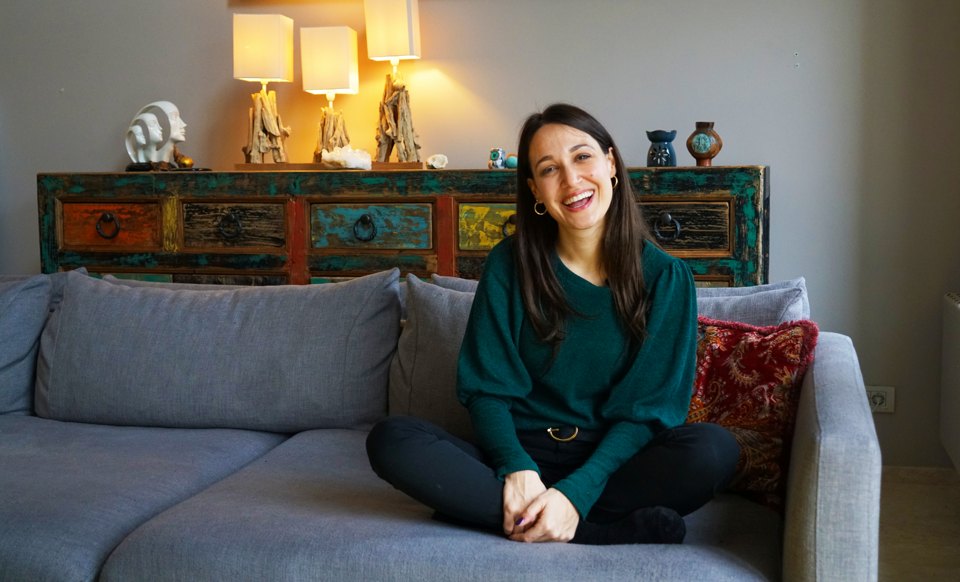 Gupse has believed in comedy since childhood. Surrounded by a large family of bright people, she enjoyed making people laugh. “When you see an argument at home, you have to do something funny to stop it,” she explains. “I had to be funny, give energy to the world and to my parents. I think it's my path.”

After graduating from university, her first job was as an assistant director on a TV series. She did not last long. “It was such a stressful, unhealthy and unprofessional environment that I quit.” She moved on as an intern at an advertising agency. After just eight months, she became a senior writer.

Following her heart and passion for comedy, Gupse wrote and filmed short videos that became popular on YouTube. This was her shot at making a bigger name for herself and was how she was selected as a cast member for one of Turkey's most popular comedy series.

“One day I was reading an article about Gülse Birsel, a popular and successful Turkish showrunner and my role model, dreaming to be like her one day. I had uploaded several funny videos on YouTube by then, and people loved them. My role model watched those videos too and asked me to come to an audition for her new sitcom. That is how role models can change your life,” Gupse smiles.

I’d like to see my movies playing a positive role in breaking the monopoly of men in comedy.” 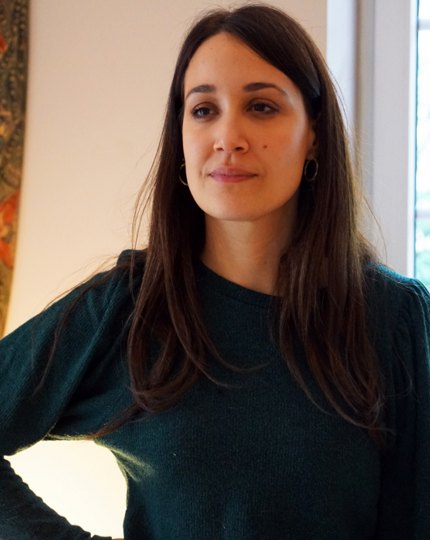 In the past, producers didn’t want to give a leading role to a woman comedian, believing that female driven comedy is a dead-end investment. After starring in the sitcom, Gupse decided to write her own comedy movie. It took time to find a producer who would take a risk. It happened to be the biggest production company in the country.

Gupse played the leading role, and Deliha, a comedy about the hilarious exploits of a slightly crazy, decidedly droll and genuinely good-natured young woman in search of love, was a hit in 2014, watched by over 1.5 million people.

In 2016, Gupse wrote and played the lead role in her next movie, Görümce (Sister-in-Law), viewed by 1.9 million people. An audience of over 2 million people saw her third movie, Deliha 2, a sequel to Deliha. where she became the first Turkish woman to write, direct and act in a comedy movie.

“If you're the leading actress and also if you wrote the script and while you're directing, it's such an interesting experience because you feel powerful. But at the same time, it's so stressful, it's killing you!” Gupse laughs.

With a creative mindset, Gupse continues to write and create different plots, and always concentrates on women characters. In her films, male characters are in a supporting role. 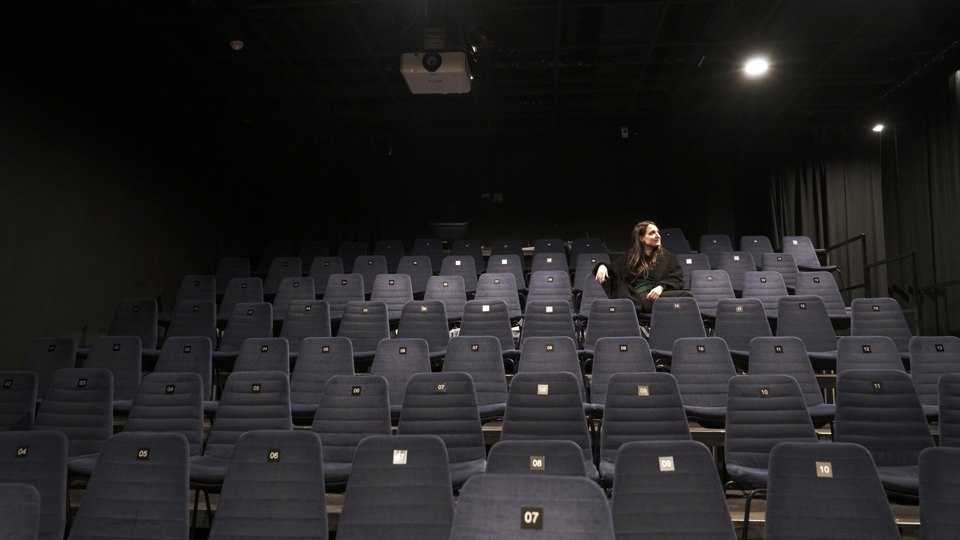 In her first film, Gupse played a young woman, Deliha, who does not conform to traditional ideas about female beauty. She falls in love with a good-looking new guy in her neighbourhood. Usually in these kinds of stories there is an unrealistic makeover where the girl becomes beautiful and gets the love of her life. Gupse challenged this approach; she didn’t change anything in her character. “People kept writing to me ‘please make her beautiful, let's see her beautiful in the second movie’. I said no. Deliha is so happy, she is so confident at the end. I didn't change anything in the sequel either.”

Believing that comedy is a strong way to send a message, in her second film, Gupse created a woman obsessed with her looks and with waiting for a guy to make her happy. “Little girls like to listen to princess stories,” Gupse explains. “I wanted to damage that idea. You can love yourself and you can be powerful. You don't need a guy.”

You can love yourself and you can be powerful.”

After her first film, there was a mixed response on social media. “I think they didn’t like me!” Gupse recalls. “‘Women in comedy are not funny’, people said. And after the second one, they were ‘okay, she's funny’.” But it was her third movie that made people laugh and cry. “I always add surprise drama scenes and I like to make people think about the story,” Gupse says. “And now I can see that people are waiting for my new film. It makes me so happy.”

When a father cooks an omelet…

After Deliha, Gupse suddenly got an enormous response from children. Boys and girls were in love with the film and the character. “That's why in the second film I felt a bigger responsibility for that audience,” she comments, stressing that in Turkey, there is not a lot of good content for children. “Sometimes I see in Turkish books where the mother makes a soup and the father watches TV,” she says. “That is a kind of cliché that children get used to.”

These reflections led Gupse to write three funny books for children, where the father makes omelets for the mother, who is reading a book. She believes that when children see fathers cooking at home, then boys will cook too. If a mother works and is active, then her daughter is going to take her as a role model and try to be strong in the future.

“I interact with youth through my children’s books, movies and social media. It is important to produce relevant content on the right platform,” Gupse says. “My next project will be an animation project, which is a great medium to influence a younger audience.”

Gupse maintains that female representation in creative jobs, such as writers and directors is extremely important as it provides role models for young girls and kids. She also strives for equal representation of people of colour, LGBTI, children and people with disabilities in cinema.

As one of the leading ambassadors of women in comedy in Turkey, Gupse says, “Women comedians can make people laugh too! I’d like to see my movies playing a positive role in breaking the monopoly of men in comedy and democratization of fun among society.” 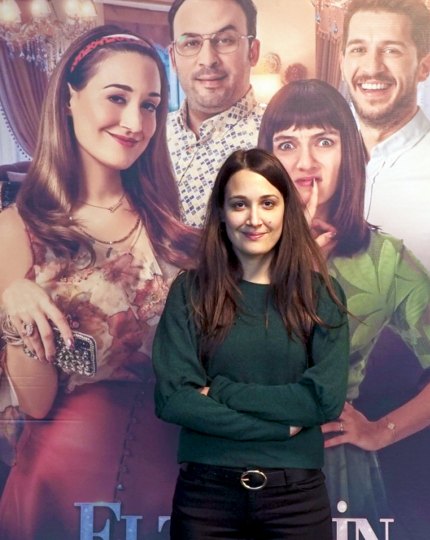 Related News
10/12/2020
Ana Šaćipović: Building a bridge between two worlds
09/10/2020
Adalet Budak Akbaş: Changing the rules so that women and girls in Turkey can thrive with an education
07/04/2020
Aida Loshaj: A medical researcher from Kosovo hoping to discover cure for an evasive autoimmune disease
06/04/2020
Bahar Toksoy Guidetti: From a successful career in Turkish volleyball to empowering girls through sport
01/04/2020
Elena Georgievska: A mother determined that her son enjoys every opportunity in his education and life
END_OF_DOCUMENT_TOKEN_TO_BE_REPLACED