Ana Lomidze: How a twenty-year-old in Georgia became the voice of a community affected by conflict

Ana Lomidze is a young activist in Georgia advocating for the peace, security and livelihood of her conflict-affected village adjacent to the Administrative Boundary Line with Tskhinvali region/South Ossetia. She has already achieved improvements in her village, and believes that everyone can make a change, no matter how young. 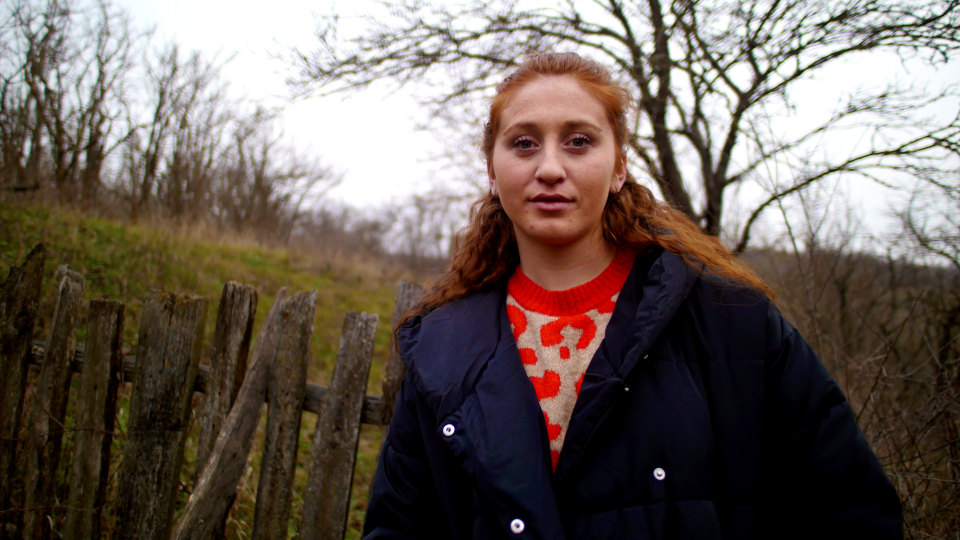 Ana Lomidze in her home village of Chorchana, a conflict-affected area where she advocates for the needs of her community. Photo: UN Women/ Tara Milutis

Having grown up in Chorchana, a small village 140 kilometers north-east of the capital city of Tbilisi, she considers herself to have had an idyllic childhood surrounded by nature and held tight by a close community.

But things changed for her and her neighbors after the 2008 conflict between Russia and Georgia, when an administrative boundary line running through her village was created, creating physical barriers for the locals and cutting them off from necessary resources. “I remember having to flee from the village when Russian soldiers were approaching,” Ana shares. “We had to search for shelter in the western part of Georgia, walking all the way, and moved from one family to another until we could find a place to stay. Everyone was so frightened.”

Timeline of the Russia-Georgia conflict1

Ana and her family were eventually able to return to Chorchana, but since then, Russian and Ossetian armed forces closely patrol the administrative boundary line, with abductions and illegal detentions of ethnic Georgians frequently occurring. The village also lost access to the forest, which was the only source of income for most locals.

“Chorchana is a very small village. But people have started to leave because of the conflict and its repercussions – it’s not safe, and the conditions are very bad,” Ana says. “This was what motivated me to work for the needs of the people here – I had to do something to make it possible for them to stay. Otherwise, the village will disappear.”

People have started to leave because of the conflict. This was what motivated me to work for the needs of the people here. I had to do something to make it possible for them to stay."

Becoming an agent of change

Advocating for the rights of a whole community is an enormous task for anyone, let alone a twenty-year-old. So how does Ana do it?

Firstly, she begins by dialoguing with the women of the village and organizing meetings.

“We gather in one of our homes to discuss the current issues in the village, thinking of solutions together. We then set goals and try to achieve them.” The issues may consist of the safety of the village and various peace and security agendas related to life on the administrative boundary line, infrastructure and communication problems, access to basic services, as well as how to advance women’s rights and economic empowerment.

Ana then acts as a mediator between the women of Chorchana and relevant stakeholders, bringing their concerns as high up as the local or central government. She also raises issues concerning her community, especially those of its women and girls, on various platforms and at different forums related to conflict-affected and internally displaced populations. “I do this with the help of NGOs, in particular the Women’s Information Center,” Ana explains. 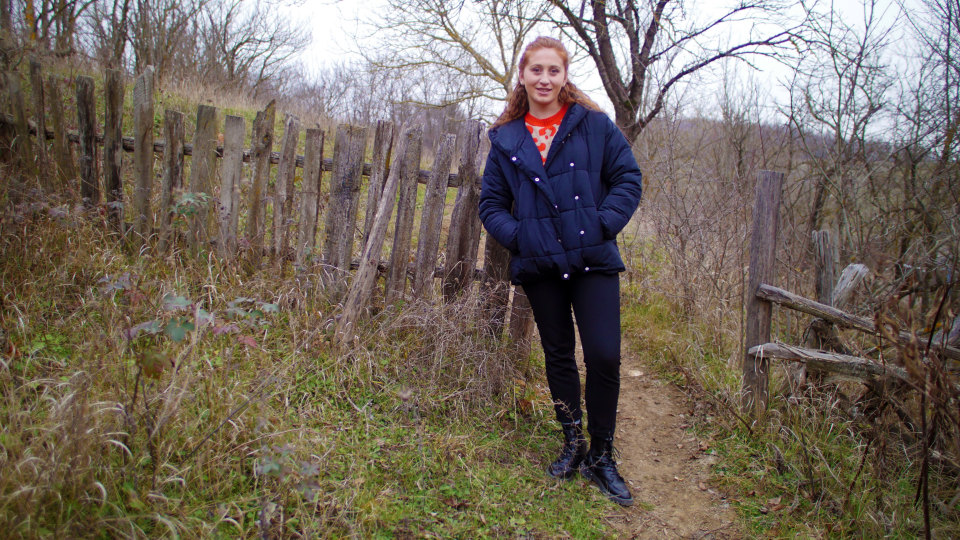 Ana Lomidze acts as a mediator between the women of Chorchana and relevant stakeholders. Photo: UN Women/ Tara Milutis

The Women’s Information Center is an NGO working on women’s rights; women, peace and security and gender equality. The NGO works closely with conflict-affected communities in Georgia, with a focus on women and youth. When Ana started attending their meetings in Chorchana Village she was just 16 years old, she was so actively engaged that they nominated her to be involved with Georgia’s Gender Equality Council as an activist – an initiative established to create inclusive participation in reporting and decision-making throughout the country.

Since then, Ana has accomplished a lot – including getting much-needed repairs for the village road, as well as improving the mobile network signal and coverage – both long-standing problems in the community. And she continues to advocate for even more improvements, including the need for more opportunities for the local population – particularly its youth.

Ana achieves all of this while studying psychology full-time at the Georgian National University in Tbilisi, traveling to Chorchana as often as she can. But not everyone understands what she is trying to do, or how committed she is to her cause.

I think you can always do something, at any age.”

Luckily for Ana, her family has always supported and encouraged her, and have always given her the confidence to believe in herself, even when the world may be telling her otherwise. “My family believes in me,” Ana says. “They believe that I can do many things. When my mother says ‘Yes, you are right in your beliefs, and you can make it happen,’ then I feel strong enough to do it.” 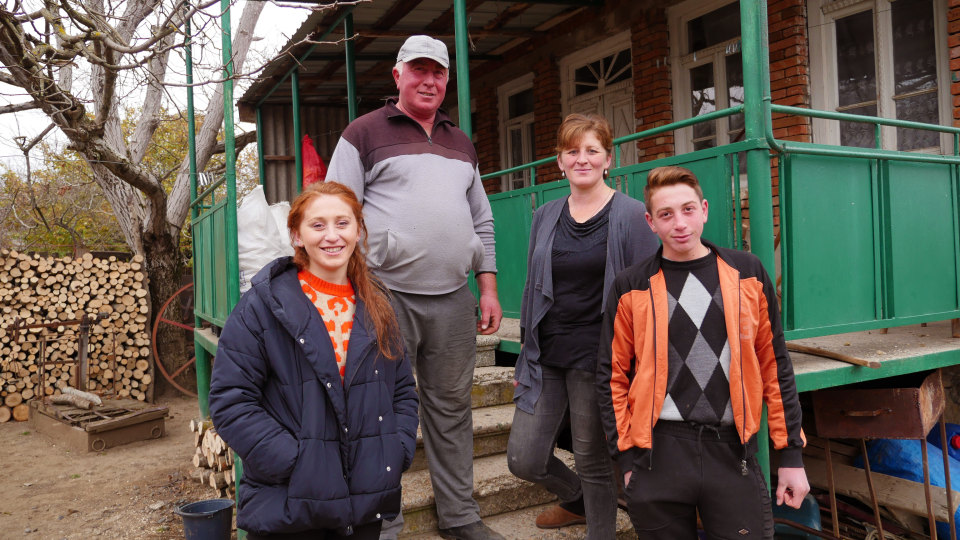 Ana Lomidze with her parents and brother in front of their family home. Photo: UN Women/ Tara Milutis

Changing the world around us

When Ana finishes her studies, she wants to provide psychological aid to both children and adults in her village, and eventually to the whole municipality. “Such services are not available in this area, or anywhere outside of the capital city of Tbilisi, and they are really needed, especially in conflict-affected areas.”

But Ana’s first dream for the future is just to be able to go back to Chorchana Village and build a life there in peace and safety around the people she loves. 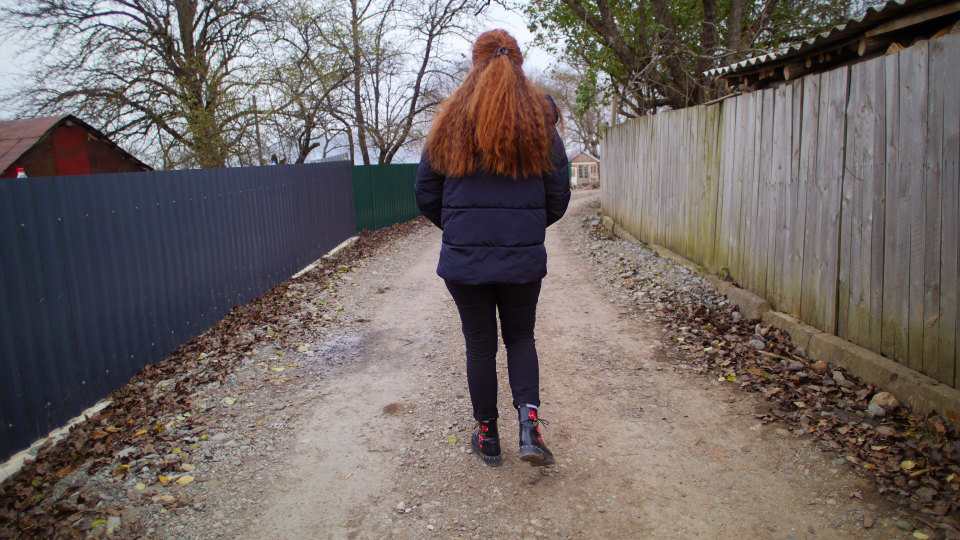 And what is her advice for young people who may want to become activists? Ana suggests for them to always work towards their cause, “even if everyone around you is pessimistic, even if no one believes that you should be doing what you are doing – which is trying to change the world.”

Changing the world may seem like a lofty goal, but Ana believes that even if you can’t change the whole world, then at least you can change the community around you. And sometimes that’s the most important change you can make.