On International Day of Rural Women, UN Women Moldova talked to three women mayors of rural Moldova, who broke the gender stereotypes pertaining to women’s leadership, mobilized their communities for prevention and protection from COVID-19 and brought significant changes to the lives of their fellow citizens.

Elena Neaga is the mayor of Balasesti commune in Singerei district, that is located about 100 km away from Chisinau, the capital of Moldova. Elena got elected in 2019 and is not only the first female mayor in Balasesti, since the independence of the Republic of Moldova, but she is also the first young woman mayor. 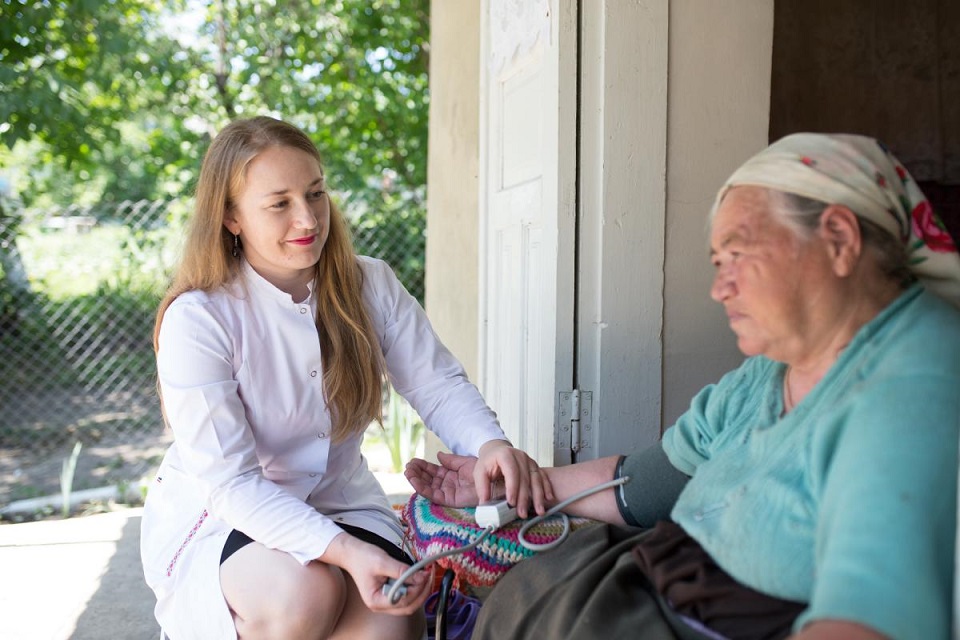 Before becoming a mayor, Elena Neaga worked for 5 years as a family doctor in her village. Credit photo: MHLSP, October 2019

“Initially, many of locals were skeptical about a woman mayor, but now most have radically changed their minds. If more women are in leadership positions, our country will be prosperous. I believe that women are capable in any field. Have you noticed how prosperous are countries where women are in charge? They can change the world” – says Elena.

Before becoming a mayor, Elena worked for 5 years as a family doctor in her village. And despite her new function, she is still assisting the local fellow citizens with medical advices and assistance for free.

Elena shared: “I do medical consultations absolutely for free, just of pleasure. Now I have a lot of work to do, but I like my current position more than the previous one. Now I can offer medical help if it is needed, but my job now is to solve the problems of the locality. I felt that as a mayor I could do much more than as a family doctor. It is tiring, but when you do what you love, you don't feel overwhelmed.”

Being a physician played in Elena favor, as she mobilized herself and the community to quickly respond to the urgent needs of citizens caused by the spread of the COVID-19 pandemic. “With the generous donation from one of the community families, we managed to procure an ambulance for the locality. Doctors had to transport patients in an ambulance that was in a deplorable condition. Now, the new ambulance serves 7 villages and over 10,000 people. We did all this together with citizens. In the context of the pandemic, we created a Viber group (a popular calls and messaging app in Moldova) in which we discuss with the locals the problems of the community. There are 239 members in the group from all over the locality” – she mentioned.

Although the pandemic brought a lot of unexpected challenges to Elena, still in just one year as a mayor she managed to address specific issues related to citizens well-being and safety. Elena improved the waste management system in the locality and jointly with her team and the citizens managed to eliminate a dump and to bring in the community a tractor that collects the solid waste. She addressed women’s needs concerning safety in public spaces, by  installing street lighting in some areas, and prioritized the reparations of one of the kindergartens to ensure uninterrupted access to pre-school education, highly important for children socialization and parent’s engagement in paid jobs.

Tatiana Galateanu, in her 3rd mandate as mayor of Giurgiulesti village in Southern part of Moldova, the locality where the only port in Moldova is located. 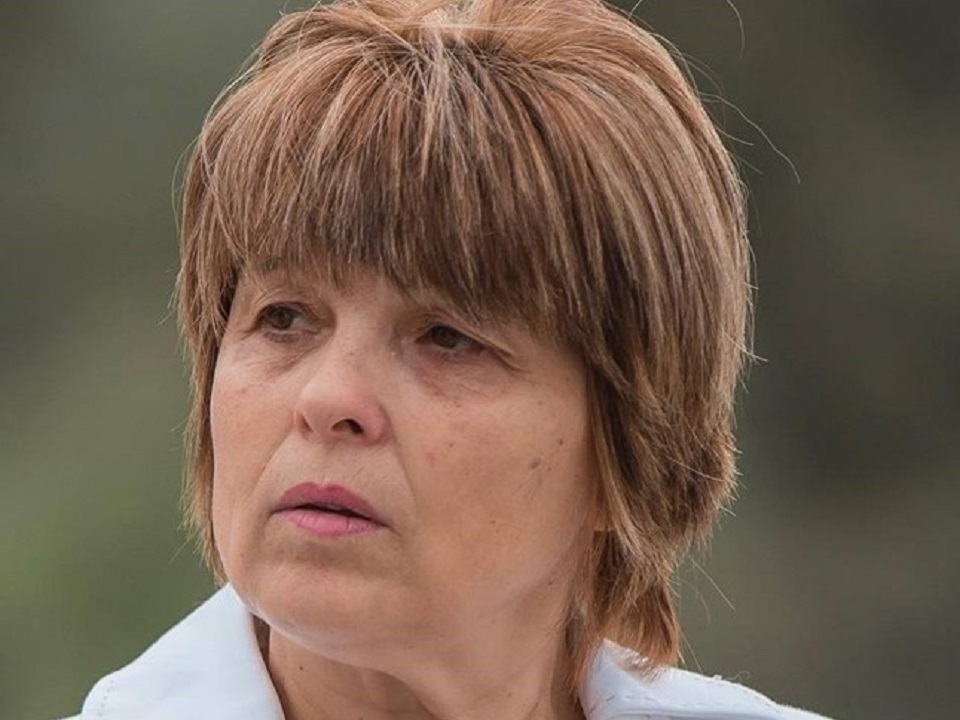 Tatiana is a living proof that commitment, dedication, and transparency build trust among the citizens to the level that “they vote for you 3 mandates in a row”. “9 years ago, I came back from abroad where I have lived for 3 years. When I returned back, I did not find any change in my locality and then, inspired by what I saw in other countries, I said that I could change something and I ran for mayor. Previously, I had worked in school for 17 years” – tells Tatiana.

In Giurgiulesti there were not many women decision making positions. When she ran for mayor the first time, she experienced at first hand all the gender stereotypes that were engrained in Moldovan communities and society.  In many,  especially men, were skeptical towards the idea that a woman would run for mayorship of the village. But over time, the population got increasingly convinced that women are  capable managers and good leaders. People in community realized that women perceive and treat differently the problems in the locality than men.

In her 9 years of mayorship, Tatiana managed to improve the local infrastructure and services, by reconstructing kindergartens, investing in the local lyceum, and rebuilding of a public park. Among the major undertakings were also the rehabilitation of the Health center, which proved to be timely and highly important during the COVID-19 pandemic. According to Tatiana, “the conditions in the Health center are very good and the center was also equipped with two additional high-performance devices for blood analysis this year. When the pandemic started, we procured visors for this Center and from the local budget, we also contributed to the opening of the COVID-19 section at the district hospital in Cahul, procured sanitizers and provided the necessary protection equipment to kindergartens.”

“I would like to see more women becoming mayors, local councilors or try their luck in other fields. Women are becoming more and more involved in various fields of activity. In our locality, but also in the whole country, the stereotypes that a woman should only stay in the kitchen are disappearing” – she mentions.

Tatiana work does not stop here, she is actively engaged in opening a museum in a framework of a school building from 1935, with the aim to preserving its authenticity but also promoting Moldovan cultural heritage.

Maria Galit is a mayor from Sarata Veche, a rural commune in Falesti district, located 125 km away from the capital and known by its women leaders. Maria is at her fourth mandate in Sarata Veche and is the third women mayor in a row in this commune. She shared with us her experience of building trusting relationship with citizens of her community. 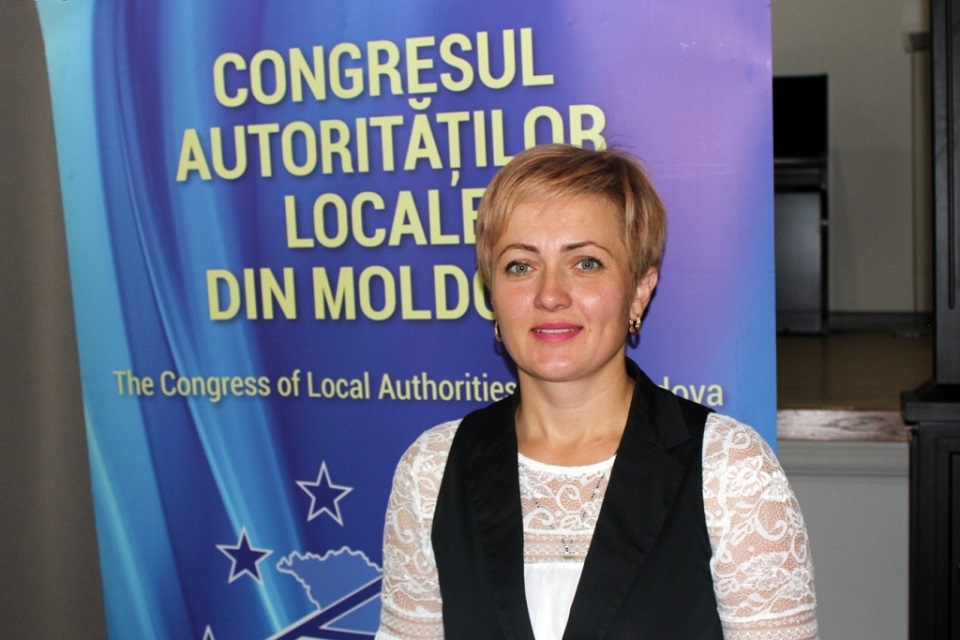 “People are very open and there aren’t any communication barriers between us. They can also come with some criticism that we appreciate and thus they also consider themselves appreciated. Locals need to get involved to change something. From the beginning, people were more skeptical towards open participatory governance, now it is enough to give an announcement that the mayor is coming to visit, and they are willing to talk about the problems of the locality”- shares Maria.

Before running for mayor, Maria worked in the mayor's office for 5 years. When she was appointed, she was aware of how things are going in her locality. She says that “In rural areas more women are involved in decision-making processes. Women are active, they participate in everything. I am spending a lot of time at work. My family never limits me, but I do not think that's fair. I should spend more time with them, but I'm glad they're understanding”.

Maria defies the gender stereotypes about women being less fit for public office because they cannot combine professional and private life, or they are not as reliable as men would be. During her mayorship, Maria introduced consultations and participation of citizens in finding solutions to local problems. Through participatory governance, problems with solid waste management and water supply were solved in the village of Sarata Veche.

“The most successful initiative is the project in which inhabitants have access to information. We organized trainings that helped citizens to better understand how the local public administration works. Following this training and consultations with locals, we opened a new kindergarten. All parents participated in the reparation process and today there are all the necessary conditions” – Maria said.

Recently, Maria hosted one of the virtual study visits for women mayors conducting their first mandates, in a series that was organized by UN Women Moldova in partnership with Congress of Local Authorities from Moldova (CALM) and funded by Sweden. These study visits aimed to share best practices in building resilience of communities led by women, including in the context of the COVID-19 pandemic.

“The COVID-19 pandemic impacted women disproportionally; 70% of women are engaged in the health sector; they are first line responders to the pandemic, the unpaid care work of women increased substantively with the introduction of lockdown measures and closure of schools, as well as the exposure to domestic violence. National and local recovery policies following the pandemic need to take into account the disproportionate impact on women and men, the different needs and priorities they have, as well as the diverse challenge they face caused also by the existing patriarchal norms and gender stereotypes. We at UN Women are glad to see that women in leadership, women mayors, are successfully defying those stereotypes, they serve as excellent leaders in their communities who involve women and men in decision making by voicing the problems and priorities and by engaging them to jointly find the solutions, which then result to be durable and sustainable” - says Dominika Stojanoska, UN Women Moldova Country Representative.

Elena,Tatiana and Maria took part in different UN Women programmes on supporting women’s leadership, realized in partnership with the Embassy of Sweden and can represent successful examples or role models for women from rural areas, young women or women from both rural and urban areas, who are aspiring to get involved in politics.