The Government of Sweden grants 2.36 million US Dollars to support the implementation of the UN Women’s Strategic Note for Moldova aiming to continue to empower women in Moldova for the period 2016-2020. 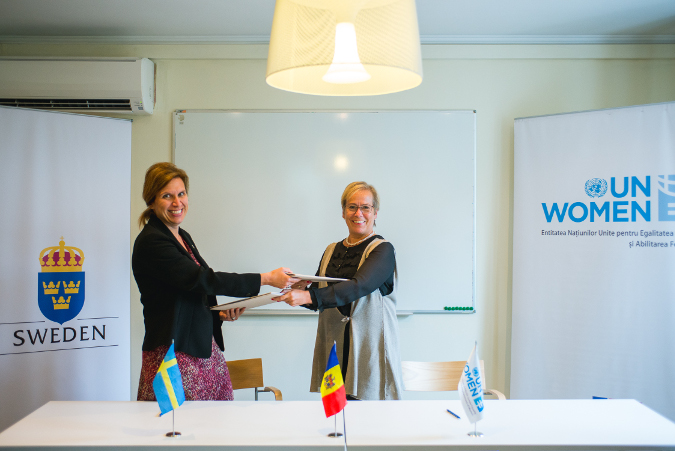 Sweden is a long-term partner to Moldova in promoting gender equality and women human rights through political dialogue and through development cooperation programs. On September 19, 2016, the Government of Sweden, represented by the Embassy of Sweden in Moldova, and UN Women Moldova, the United Nations’ Entity for Gender Equality and Women’s Empowerment, have signed a new agreement for the period 2016-2020.

The agreement comes in support to the implementation of the UN Women’s Strategic Note for Moldova aiming to continue to empower women in Moldova, especially the most vulnerable groups. The total Swedish contribution is 20 Million Swedish Krona (2.36 million US Dollars).

Although Moldova has achieved important progress, particularly in adjusting its legal framework for better protection from violence, in promoting women’s political participation and representation, eradicating extreme poverty, and other areas, there is still a lot of work to be done. According to the National Bureau of Statistics, 63% of women in Moldova have experienced at least one form of violence from their partners (2011 data). There is still considerable wage difference between men and women, and women are still under-represented in politics and in decision making positions.

With the support of Sweden, UN Women Moldova will continue leading its innovative approach to solve inequalities in the three main directions of its work: 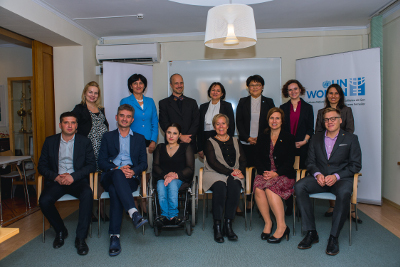 “The Embassy of Sweden has always viewed UN Women in Moldova as one of its strategic partners. For Sweden gender equality and women’s empowerment is an overall priority for our Government both at home, and in our international development cooperation abroad.

The feminist foreign policy that the Swedish Government is pursuing also translates into actions in the field. Here in Moldova we have been very happy to partner with UN Women for all these years and now our partnership will enter a new phase,” noted Sweden’s Ambassador in Moldova, Signe Burgstaller.

“Sweden and Swedish International Development Cooperation Agency (SIDA) is one of the most important partners for UN Women wherever we work. Gender equality and women’s empowerment is not a quick fix. It is something that you really need to work on long term. It’s a marathon and you need perseverance, conviction and commitment and we need that kind of partners that follow closely our work. UN Women team will walk an extra mile to make this agreement a reality so that we can have an impact for women in Moldova, and also for men. Equality doesn’t only improve the lives of women, it also improves the society as a whole,” said Ingibjorg Solrun Gisladottir, UN Women’s Regional Director for Europe and Central Asia, present at the event.

Related News
29/02/2016
International Women's Day 2016
15/12/2021
European Union and UN Women join forces to provide financial and technical support to 22 civil society organizations
13/04/2022
In the words of Iliriana Jaka Gashi: “Bringing public and private institutions together to work on the economic reintegration of survivors of violence is indispensable”
01/04/2022
Meet Daniela, a girl with the Down syndrome, who started a flower business
12/11/2020
A premiere in Moldova – eight Fathers’ Clubs to be established in Straseni and Falesti, with the assistance of the European Union
END_OF_DOCUMENT_TOKEN_TO_BE_REPLACED