In the words of Marceline Naudi: “To counter the gender backlash, we need to speak with one voice” 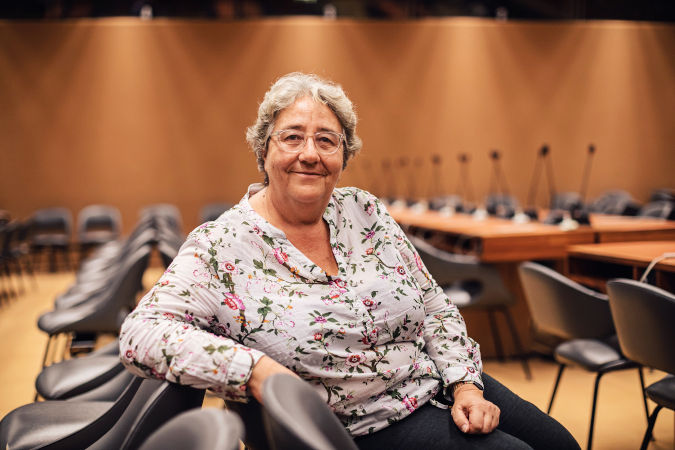 Marceline Naudi is the President of the Group of Experts on Action against Violence against Women and Domestic Violence (GREVIO) - the independent body responsible for monitoring the implementation of the Council of Europe Convention on preventing and combating violence against women and domestic violence (also known as the Istanbul Convention). Ms. Naudi recently attended the 25th year regional review meeting of the Beijing Platform for Action for the UN Economic Commission for Europe (UNECE) region, where she highlighted the significance of the Istanbul Convention in advancing the standards on eliminating violence against women.

I am relatively old. I’ve been around a long time and we’ve been talking about the same things for a very long time. It is very important that we move forward. And yet, it seems to me that recently within wider Europe and elsewhere there is a pushback, a backlash, around the area of gender. As a result, certain states are having second thoughts about ratifying the Istanbul Convention. This is very important for me, not only because I’m the president of GREVIO, but because I’m 61, and I’ve been fighting these fights for most of my adult years.

What is this backlash? It’s a very traditional view of family. It is considering the Istanbul Convention, in particular, as destroying families. My point has always been that if there is violence in the family, it’s the violence that destroys the family. The backlash is using the word “gender” as if it’s a flagpole. I find it very sad that anyone can use something like the definition of gender to refute a Convention that is there to prevent violence against women, to protect women, to prosecute perpetrators and to come out with policies that are integrated and that work together to achieve these aims. To counter the backlash, we need to speak with one voice to be able to push back, because it is growing, and it is growing stronger.

For me, the important thing that need to come of out the Beijing+25 Regional Review Meeting is to move forward. Of course, we have moved forward, things have happened, but so many things still need to change. At the foundation of that lack of change are the gender norms, the gender stereotypes and women’s position in our patriarchal societies. These gender norms and stereotypes basically say that women are good for some stuff but not all stuff. They also say men are good for some stuff but not all stuff, whereas really, as a woman, I want to be able to do all stuff.

Related News
18/12/2019
Marlène Schiappa: “For generations, we have been nominating men just because they are men”
31/10/2019
Member States and gender advocates call for urgent and effective measures to accelerate gender equality
23/10/2019
Ask a professor: What steps should Turkey take to achieve gender equality by 2030?
16/10/2019
Take five: “Thanks to the Beijing Declaration, violence against women is discussed openly and is no longer solely a private, family issue”
11/10/2019
Ask an activist: What is your message to the new generation of women and men activists?
END_OF_DOCUMENT_TOKEN_TO_BE_REPLACED