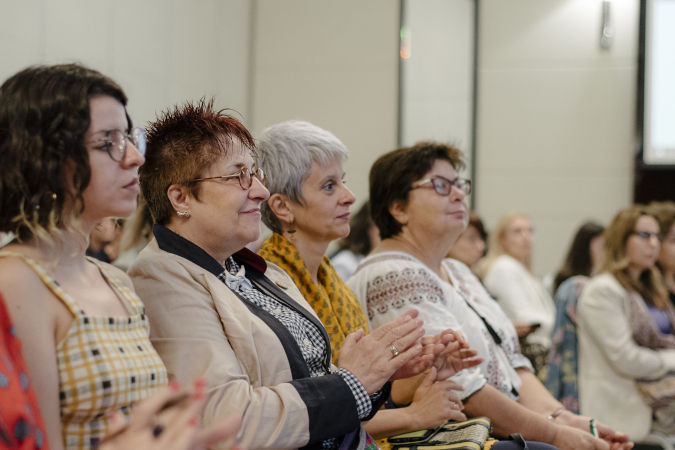 Chisinau, 6 September 2019 – Representatives from Eastern Partnership countries and Romania met in Chisinau, Republic of Moldova to examine the progress and challenges of a visionary world agenda to empower women and girls that was set nearly 25 years ago. This Beijing+25 Sub-Regional Expert Consultation is the first in a series across Europe and Central Asia region that will contribute to the Beijing+25 Regional Review Meeting next month in Geneva.

The Chisinau event brought together more than 100 representatives from non-governmental organizations (NGOs), women’s organizations and activists from Moldova, Ukraine, Belarus, Georgia, Armenia, Azerbaijan, and Romania. They assessed progress since 1995 in implementing the Beijing Declaration and Platform for Action, and discussed common goals, achievements, and what remains to be done to ensure the full and equal participation of women in all spheres of life.

“The countries of this region have strong commitments to gender equality and women´s empowerment in line with international frameworks and conventions. But we need to join our efforts to move from de jure commitments to de facto results for every woman and girl, making gender equality a reality for all women and girls", said Ms. Alia El-Yassir, Regional Director of UN Women Regional Office for Europe and Central Asia. 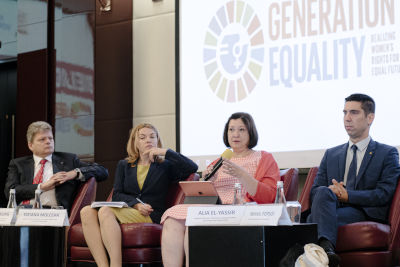 “This event represents an important opportunity to discuss the achievements and challenges and to consult with civil society organizations that gained substantial knowledge and experience in gender equality and women’s rights,” said Ms. Anna Lyberg, Ambassador of Sweden in the Republic of Moldova.

Deputy Speaker of the Moldovan Parliament Mr. Mihai Popsoi noted the legislature’s important role in promoting gender equality in Moldova: “The active involvement of women in politics is not only driven by our desire for integration with the European Union but is also the guarantee of decisions that more equitably reflect the interests of the whole society. And I’ve made a personal commitment to ensure the ratification of the Istanbul Convention. By working together, we can make it happen in 2020.”

The outcome document’s substance will come from six working groups that examined the region’s most important issues confronting women and girls: violence against women, access to public services, the media’s role in gender equality issues, women`s empowerment, good governance, and peace and security. 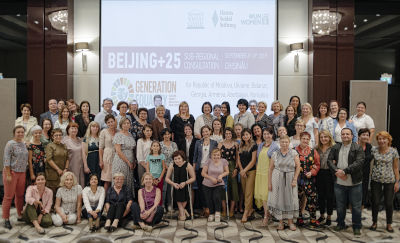 Paata Beltadze, a participant from Georgia, mentioned the importance of men in promoting gender equality: “We can’t achieve full equality without men’s real participation. I think this movement shouldn’t belong only to women, but to all of society, including men.”

The outcome document will be presented at the high-level Beijing+25 regional intergovernmental meeting in Geneva, Switzerland on 29-30 October 2019. Next year will mark the 25th anniversary of the Beijing Declaration and Platform for Action, adopted in 1995 at the fourth World Conference on Women. At that time, 189 countries around the world committed to fighting gender stereotypes and helping to achieve equality between men and women.

The Beijing+25 Sub-Regional Consultation in Chisinau was organized by the UN Women Moldova, in partnership with Institutum Virtutes Civilis Association and Hanns Seidel Foundation in Moldova.

Related News
09/09/2019
UN Women Regional Director calls for inter-generational dialogue in Moldova visit
29/11/2019
International Conference in Skopje calls for greater recognition of women’s powerful peace-building role in the Western Balkans
25/10/2019
In the words of Ema Andrea: “Gender equality means coexistence between women and men, not a competition”
18/10/2019
Take five: “While everyone is silent, nothing can happen”
11/10/2019
Ask an activist: What is your message to the new generation of women and men activists?
END_OF_DOCUMENT_TOKEN_TO_BE_REPLACED