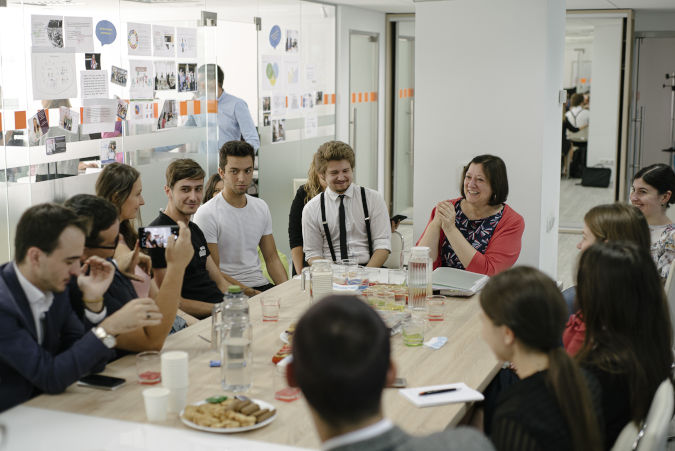 “While the countries of this region have made strong commitments to gender equality and women´s empowerment in line with international normative frameworks and conventions, they also need to join their efforts to move from de jure commitments to de facto results for every woman and girl, making gender equality a lived reality for all women and girls, everywhere,” said Ms. El-Yassir. 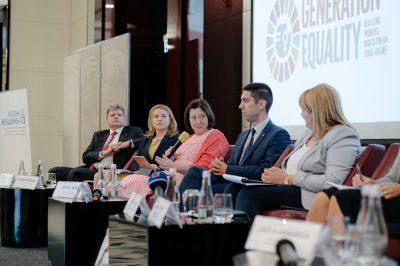 In meetings with government officials, youth representatives, partners and donors during her visit to the Republic of Moldova, Ms. El-Yassir said inter-generational dialogue and stronger civil society engagement were needed to empower women in the region.

In her meeting with Moldovan youth organizations, Ms. El-Yassir discussed their vision to advance women’s rights and gender equality and noted the importance of their collaboration with UN Women in promoting both issues.

“It’s been 25 years since the Beijing Conference and the situation of the young generation was supposed to be even more progressive than it is now. We need an inter-generation dialogue to ensure that the voices of youth are heard,” said Ms. El-Yassir.

During her discussions with Ms. Anna Lyberg, the Sweden Ambassador to the Republic of Moldova, Ms. El-Yassir expressed gratitude for the Swedish Government’s generous support to the UN Women Country Office in Moldova. For her part, HE Ambassador Lyberg recognized the successes in aligning UN Women’s Strategic Note 2018-2022 with Sweden and Moldova`s gender priorities. 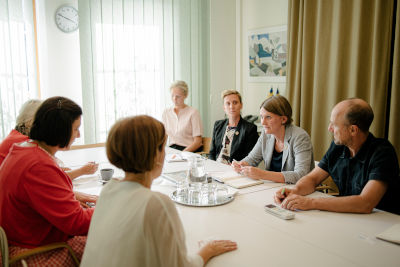 Violence against women and the institutional mechanism on gender equality were the key topics discussed during the bilateral meeting of Ms. El-Yassir with Moldova Prime Minister Maia Sandu. It was convened that all efforts will be undertaken in order to align the normative framework in the field to the provisions of the Council of Europe’s Convention on preventing and combating violence against women and domestic violence (Istanbul Convention).

In turn, the UN Women Regional Director acknowledged the Government of Moldova’s commitment to integrating gender mainstreaming across public and private sectors, noting the substantial legislative and normative progress made by adopting key strategic documents during 2017-2018.

Ms. El-Yassir concluded her visit by taking part in closing panel discussions of the Beijing+25 Sub-Regional Consultation which emphasized the importance of civil society engagement, consultation and partnership in promoting gender equality and women’s empowerment.

Related News
06/09/2019
Moldova hosts sub-regional consultation on 25 years of commitments to gender equality
15/03/2022
The Mountain Climber
02/10/2020
Press release: 25 years after a landmark global agreement, the numbers still don’t add up for women
06/12/2019
In the words of Ilayda Eskitaşçioğlu: “2020 is the year of gender equality, and a year for reflection”
29/11/2019
International Conference in Skopje calls for greater recognition of women’s powerful peace-building role in the Western Balkans
END_OF_DOCUMENT_TOKEN_TO_BE_REPLACED