Press release: 25 years after a landmark global agreement, the numbers still don’t add up for women 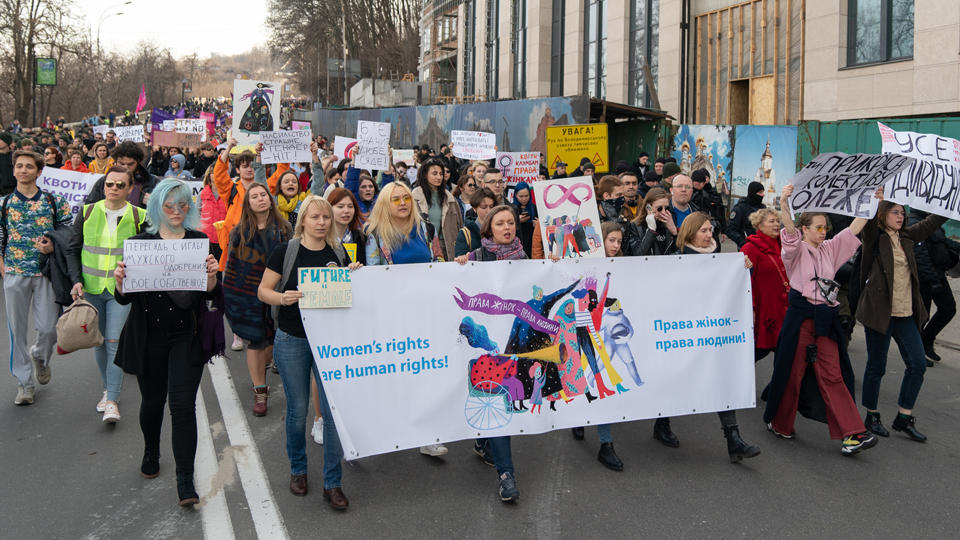 Istanbul, 2 October – UN Women’s Regional Office for Europe and Central Asia today launched a report tracking the regional state of gender equality. It finds progress, but affirms rampant inequalities, especially in the workforce. Change has been incremental and short of the transformation required.

“Keep the Promise, Accelerate the Change: Taking stock of gender equality in Europe and Central Asia 25 years after Beijing” offers a concise, data-driven look at action on the Beijing Platform for Action. Agreed globally in 1995, the Platform remains the most comprehensive road map for gender equality ever agreed.

The report issues a clarion call for stepping up progress to realize the promises of Beijing as global leaders convene for the 2020 High-Level Meeting of the UN General Assembly.

“Women still face barriers in accessing equal opportunities and representation in every sphere of life,” said Alia El-Yassir, UN Women Regional Director for Europe and Central Asia. “This is far from the vision of governments, civil society organizations and advocates who gathered in Beijing 25 years ago. The world cannot afford to wait another 25 years before we achieve gender equality.”

Drawing on a variety of leading data sources, the report finds that women and girls in the region as a whole are more educated than ever, making up over 57 per cent of tertiary graduates. Many more women are in politics with representation in parliaments nearly doubling between 2000 and 2019.

Yet women still participate less than men in the labour force, hold many of the less desirable jobs, and earn on average 21.6 per cent less than men. Single mothers earn a third less than single fathers. In 31 of 35 countries with available data, women are more at risk than men of being poor. They spend twice as much time as men on unpaid care and domestic work.

Across the region, violence and harmful practices remain a reality for millions of women and girls. At least 15 countries still have no clear criminal penalties for domestic violence. Only 21 countries impose sanctions for child marriage. Skewed sex ratios in some countries affirm the continued practice of sex-selective abortions linked to the preference for sons.

Despite progress, women are still largely excluded from politics, policies, budgets and data collection. Only 25.6 per cent of ministerial positions in 2019 are held by women. Women in politics continue to face gender stereotypes and discrimination, threats and attacks. Half of women and two thirds of men in Eastern Europe and the Caucasus believed men make better political leaders than women. A significant majority of women members of parliament and parliamentary staff from 45 countries reported that they had suffered psychological violence during their term of office (85.2 per cent), had been the target of online sexist attacks on social networks (58.2%) or had received death threats or threats of rape or a beating (46.9 per cent).

Women have reached parity with men among representatives at climate change talks. Yet less than 10 per cent of peace agreements contain provisions specific to women’s inclusion and rights. Despite widespread adoption of national action plans on women, peace and security, only eight countries have elaborated budgets to pay for the plans.

COVID-19 is now exacerbating many of these disparities and violations, threatening the progress that has been made.

El-Yassir urged using the report’s data and findings to enrich advocacy, mobilize societies, raise awareness and revitalize public debate. “The world is grappling with an unprecedented global crisis. If we come together, and make the right choices and investments, we can keep the promise and accelerate the change,” she said.

The report covers countries from the United Nations Economic Commission for Europe region and it is based on available data and information in the regional and global databases. It complements a regional assessment of progress, priorities, challenges and setbacks published by UN Women’s Regional Office for Europe and Central Asia earlier this year.

Related News
06/12/2019
In the words of Ilayda Eskitaşçioğlu: “2020 is the year of gender equality, and a year for reflection”
16/03/2020
Veronica Fonova: Becoming a feminist and leading Kazakhstan’s first feminist rally
11/12/2019
In the words of Pip Gardner: “Young people need to have a seat at the table”
31/10/2019
Member States and gender advocates call for urgent and effective measures to accelerate gender equality
23/10/2019
Ask a professor: What steps should Turkey take to achieve gender equality by 2030?
END_OF_DOCUMENT_TOKEN_TO_BE_REPLACED