In the words of Ema Andrea: “Gender equality means coexistence between women and men, not a competition” 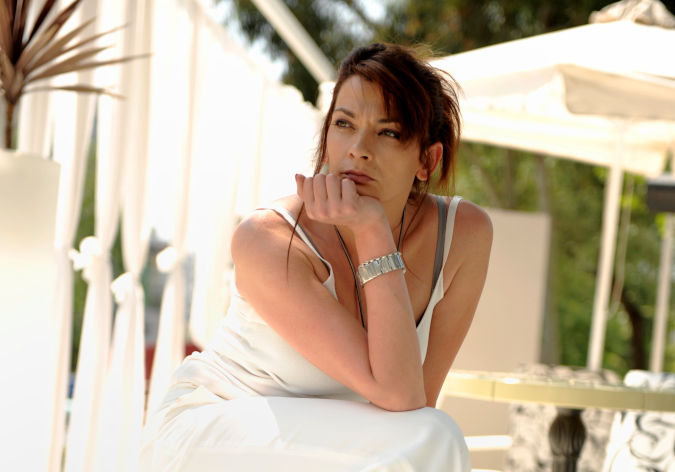 Albanian actress Ema Andrea, 48, is co-founder of Albanian Women in the Audio-visual Association, which promotes gender equality for professional women active in the cinematography and multimedia sectors. A women’s rights advocate, Ms. Andrea is a professor at the Academy of Arts in Tirana. She speaks to UN Women about gender equality in Albania and the portrayal of women in media, which is related to the Beijing Declaration's "Women and Media" area of concern.

Albania legally recognized the right to free speech only a few years ago. However, understanding and applying these rights has taken an unfamiliar path, often triggering uncertain decisions and shaking up traditional thinking. The result is felt in daily social life where there are frequent confrontations that complicate the social dynamics between generations and women and men.

After the fall of communism, women strengthened their position in society through education, freedom of speech and body expressions. These were advances for women in a country where individuality was denied for nearly 50 years, where the body had to be without individual identity, where love had to abide by collective moral norms and beauty was punished. While the acceptance of their own bodies and individuality was a milestone for women, it also meant conflicts in mentality between the genders. Some Albanian men could not accept or respect this freedom.

In the past 25 years, there has been a change in women’s representation in society, business and decision-making. Male insecurity about this progress remains a cause for the conflicts. Women in social settings face unprofessional attacks, which are unfortunately supported by patriarchal opinion. While society refrains from judging incompetent men, this is not the case for women. Even though the gender balance in representation, decision-making and institutional leadership has changed, this equality must be safeguarded.

In addition, women’s portrayal in media has changed considerably. The modern woman is portrayed in her full complexity. While some of the most courageous reporters are women, many discussion panels on television are largely composed of men. Women should also have greater representation in decision-making boards. We still lack consistent examples of successful and independent women and normalization of diversity.

While several important cultural institutions in Albania are led by women, they still face scrutiny regarding their professionalism or careers. For example, I was once asked, off the record, by a reporter, “Really, not even one man has supported you to be where you are today?”

I believe that there should be no more awareness-raising campaigns on gender equality. There is no need for women and men to acknowledge the existence of each other. Coexistence requires concrete actions and equal social rights and responsibilities. Wounds should be healed in depth not merely covered up like make-up!

Women survivors of violence are punished twice because the public opinion often considers them guilty. The problem is even more serious when these victims are left unprotected and abandoned. The media reports the news, but they have no interest in following up the story. Headlines are often abusive and insulting, and, worst of all, the identity of the victim is made public. Such lack of ethics should be punishable.

Also, gender inequality on TV is promoted through so many soap operas that show marriage as women’s biggest dream.

Even in parliament, attacks and discriminatory and sexist speeches by politicians, who have completely occupied the media space, are a dangerous example for the future.

We should acknowledge that gender equality is not about pampering or favouring one gender at the expense of the other, but an equal opportunity to make life choices and face the consequences of those choices. Gender equality means coexistence between women and men, not a competition.”

Related News
09/12/2019
Take five: “Gender-responsive budgeting is a tool to empower women and to reduce inequality in our society”
07/07/2021
I am Generation Equality: Mete Belovacıklı, advocate for gender equality in media
09/12/2019
In the words of Tatyana Bobrovska: “The younger generation will bring change to society”
06/12/2019
Altynai Omurbekova: “We must offer our unconditional support to the youth so that they can further advance gender equality”
06/12/2019
In the words of Ilayda Eskitaşçioğlu: “2020 is the year of gender equality, and a year for reflection”
END_OF_DOCUMENT_TOKEN_TO_BE_REPLACED