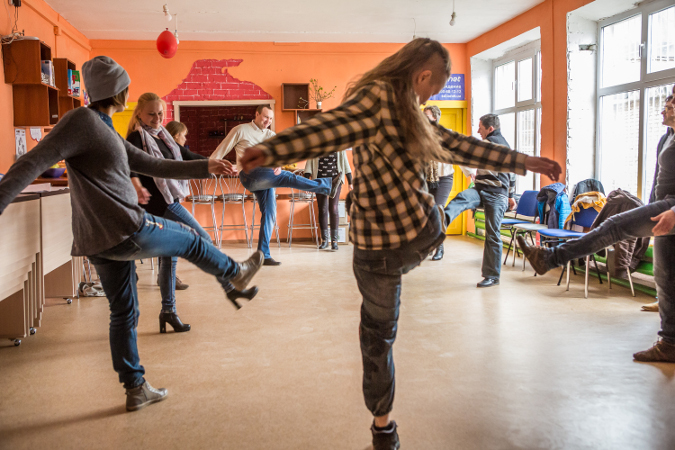 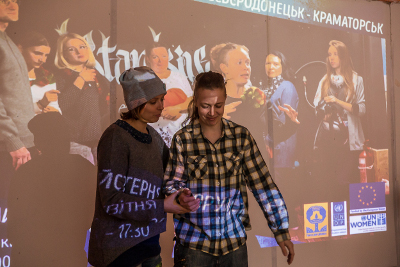 The learning through the inter-active Forum Theatre – an approach, also called “The Theatre of the Oppressed,” was organized by UN Women in partnership with the “Theatre for Dialogue”, a non-profit organization, and brought together about 30 media representatives and civil society activists from Luhansk and Donetsk Oblasts to raise their awareness about gender-biases and discrimination in media reporting. 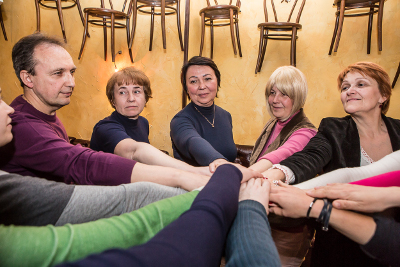 Together with gender experts, media representatives and gender equality advocates created a series of role-plays, where they got a chance to reflect upon gender roles in the society and discuss bottom-up solutions to address gender discrimination. While reporters played the roles of survivors of gender-based violence, the gender equality advocates found out how media professionals feel when reporting about such sensitive issues. Through inter-active exercises, rehearsals and role-plays, the workshop participants identified their own gender biases and the role of the media in exposing and eliminating gender stereotypes.

The workshops were organized in Kramatorsk and Severodonetsk 1-2 April, as a part of the framework of the UN Women-UNDP joint programme on Restoration of Governance and Reconciliation in crisis-affected communities in Ukraine, funded by the European Union.