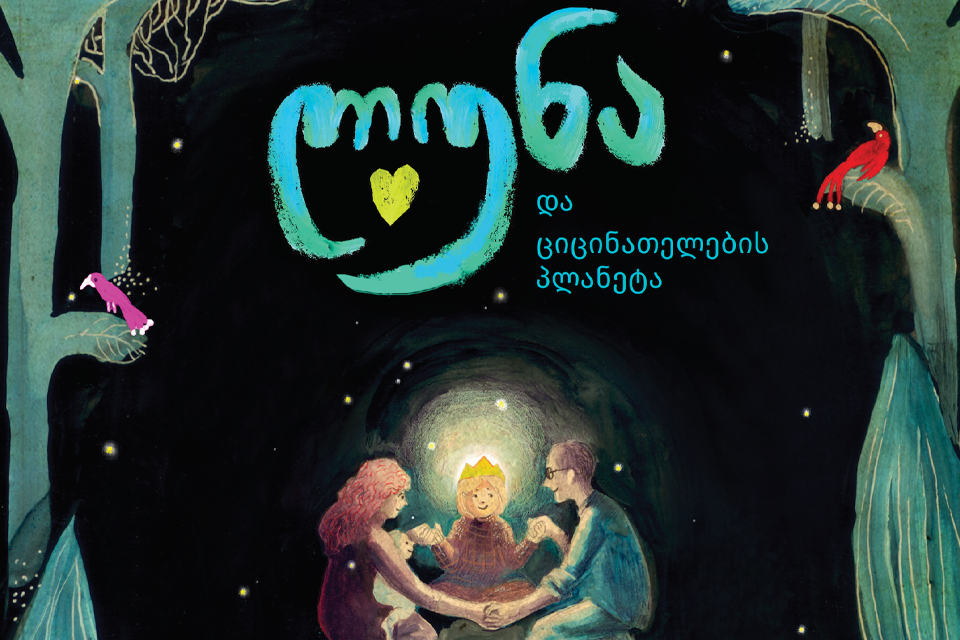 Luna and the Planet of Fire-flies, written by Dato Gorgiladze and illustrated by Tatia Nadareishili, is a story created for children and their parents. The book tells the story of an ordinary family surrounded by magic adventures, in which the mother and the father equally share the responsibilities related to child care and domestic work.

“Luna and the Planet of Fireflies” was developed on the initiative of the United Nations Population Fund (UNFPA) Georgia Country Office, with the support of the European Union in the framework of the MenCare Campaign and published by “Palitra L”.

“The purpose of the text is to overcome stereotypes surrounding the family arrangements and distribution of domestic work that still exist in Georgia. Society still strongly believes that there are jobs for men and jobs for women. Caring for children, changing diapers, cooking and feeding children is the mother’s primary responsibility and the father can do it only during his free time, when he can,” states Dato Gorgiladze, the writer and author of the text.

The goal of the book is to highlight the importance of men’s role as caring fathers, husbands and partners, and to promote their involvement in child care and family affairs, which is the primary condition for achieving practical gender equality and improving the wellbeing of women, children and family. Data on gender relations show that stereotypes and established clichés around traditional gender roles stop fathers from equal sharing of responsibilities and becoming caring fathers, husbands, partners and family members. 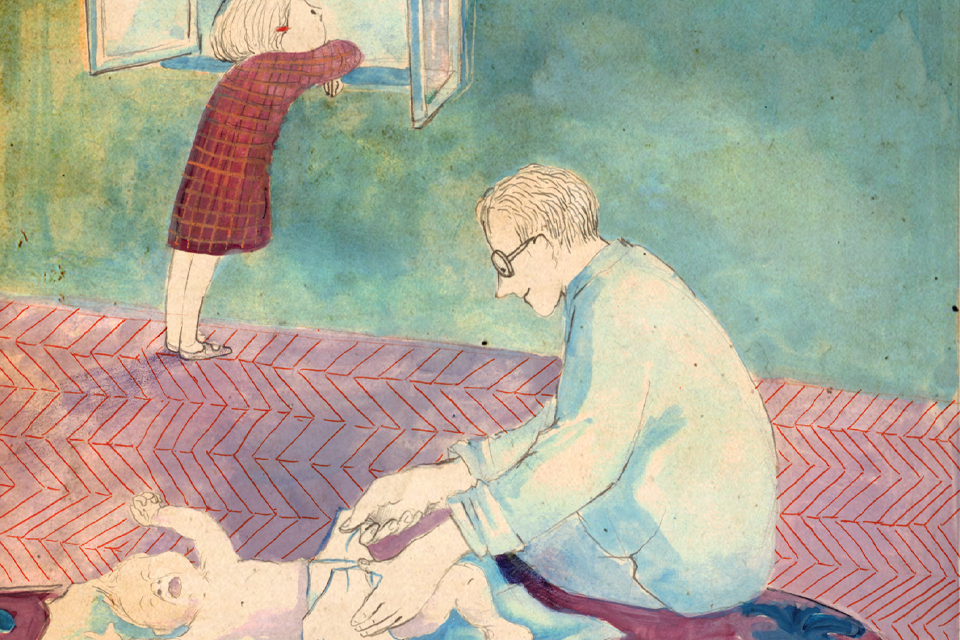 “The United Nations Population Fund Georgia Country Office has prioritized men’s active involvement in the process of working for the gender equality,” says Lela Bakradze, Head of the United Nations Population Fund Georgia Country Office. “The MenCare Campaign was launched with this mission and we are pleased that for many years now we are witnessing a clear advancement: the number of our supporters is growing and men’s attitudes towards gender equality are changing. However, this is just the beginning. In order to live in a harmonized society, where women and men are sharing responsibilities equally, it is important to find innovative ways of communicating with people. Therefore, we believe that ‘Luna and the Planet of Fireflies’ is a message to parents, children and families that will help them to reflect on a number of issues.”

According to Maia Aludauri, Chief Editor of Palitra L Publishing, “there are short, seemingly simple stories on important and serious issues. ‘Luna and the Planet of Fireflies’ is already the second book published in partnership with the campaign. We totally support the important idea promoted by the MenCare campaign. Although at the first glance, it seems like a very simple text, in it we see a significant message: a family where people understand and care for one another, and share responsibilities among themselves as well. That’s why I think that this is rather a family book.”

Illustrations of the book belong to Tatia Nadareishvili. According to her, the illustrations depict caring and harmonious relationships. Looking at these pictures from early childhood, which have positive meanings, may have an important impact on children and their parents in the fight to overcome existing stereotypes.

The book was published within the framework of “EU 4 Gender Equality: Together against gender stereotypes and gender-based violence” implemented by the United Nations Population Fund (UNFPA) and United Nations Organization for Women (UN Women) with the support of the European Union. The goal of the program is to contribute towards overcoming gender stereotypes and discriminatory norms, to support the equal rights and opportunities for women and men and ensure active participation of men in the process of strengthening gender equality.

Related News
12/11/2020
A premiere in Moldova – eight Fathers’ Clubs to be established in Straseni and Falesti, with the assistance of the European Union
07/11/2019
HeForShe Congress examines how to speed up gender equality in Ukraine
01/05/2014
Stories of survivors portrayed by journalists in Georgia
28/12/2021
Non-Violence Summit and Creating a Violence-free World exhibition held give visibility to gender-based violence in Gaziantep, Turkey
20/09/2021
First HeForShe University Tour kicks-off in Ukraine
END_OF_DOCUMENT_TOKEN_TO_BE_REPLACED