Ukraine commits to promote women rights in its armed forces 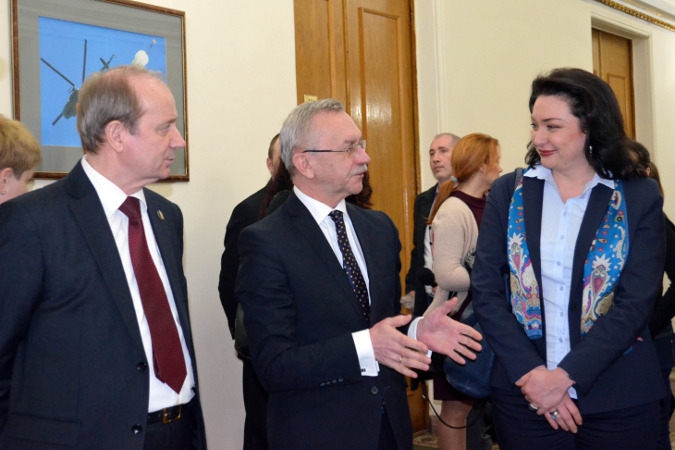 Stepping up its commitment to promote women’s rights in its armed forces, Ukraine will soon name a gender advisor to the Minister of Defence. The announcement came shortly after the cabinet of ministers adopted the first National Action Plan to implement UN Security Council Resolution (UNSCR) 1325 on Women, Peace and Security on 24 February 2016.

“Women play a very important role in Ukrainian society – and an even more important one in the armed forces of Ukraine,” said Mr. Ivan Rusnak, Ukraine’s First Deputy Minister of Defence, at the opening of the Women in Armed Forces in Ukraine photo exhibit. “We are appointing a gender advisor to the Minister of Defence to support women and provide them with career development to ensure their rights and develop opportunities.” 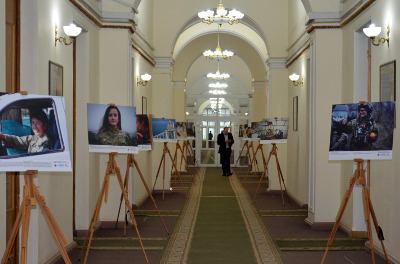 Organized by UN Women and the Ministry of Defense in collaboration with Ukrainian Women’s Fund the, the exhibition Women in Armed Forces in Ukraine showcases 20 women currently serving in the armed forces and anti-terrorist operation and recognises the significant contribution women make to Ukraine’s defense and security.

Currently, there are only 17,000 women, 2,000 of them officers, in Ukraine’s armed forces, with 1,500 women officially participating in combat operations, mainly in anti-terrorist operations. 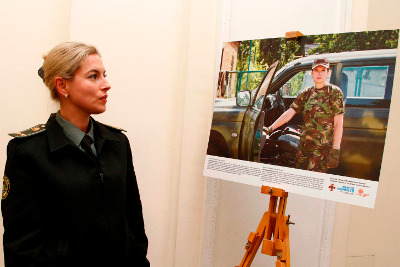 To date, women in Ukraine’s military have faced discrimination throughout their career, their needs largely ignored by military and civilian superiors, according to a study, Invisible Battalion. Ukraine’s military struggles to deliver adequate uniforms and footwear to women and build health and sanitation infrastructure to accommodate their needs.

“Giving voice to servicewomen is the best way to tell women’s experience in the armed forces and combat,” said Ms. Anastasia Divinskaya, UN Women Ukraine Gender Advisor at the opening ceremony of Women in Armed Forces in Ukraine. 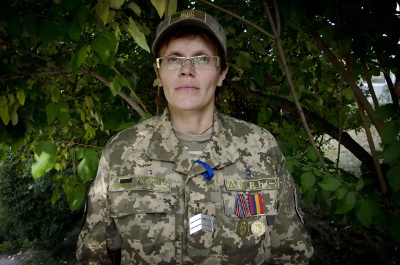 Lyudmila Kalinina served in the "Donbass" Battalion as a recon platoon commander, recon/raiding company commander and an acting press officer. She was awarded with the III Degree Order "For Courage", the medal "Defender of Motherland", the medal "For Love and Sacrifice for Ukraine", and the badge “ATO Participant". Photo: UN Women/Cleopatra Anferova

The on-going conflict in Ukraine’s eastern regions of Donetsk and Luhansk has increased insecurity and violence, deepened gender inequality and disproportionately affected women, who make up over 63 per cent of the country’s estimated 1.1 million internally displaced persons (IDPs). Although women have been at the forefront of the humanitarian response since the onset of the crisis, they have been generally absent from decision-making over defense, security and conflict resolution.

In recent years, many countries, particularly NATO members, have successfully established policy frameworks and gender enablers to integrate a gender perspective in military operations and increase the number of women serving in their armed forces and military.